At first glance, these extraordinary artworks appear to be aerial shots featuring crowds of people carefully placed to form the faces of some renowned icons.

Look more closely, the figures making up the portraits of Elvis and screen siren Marilyn Monroe aren't real at all. In fact they are mini models intricately painted by US artist Craig Alan. 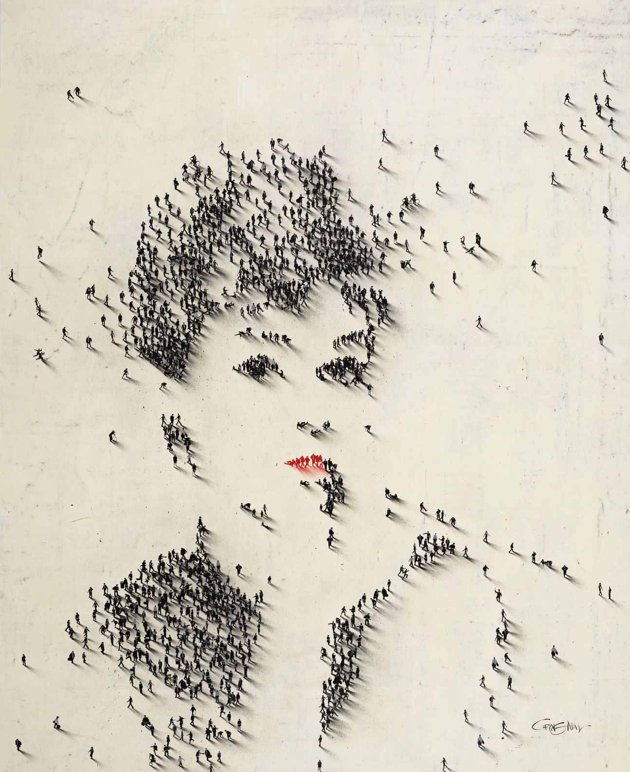 Atlanta-based artist Mr Alan came up with the idea for the unusual artwork after taking photos of the street from a 6th floor balcony.

The ant-sized people below seemed to form pictures - inspiring him to create paintings using the same idea.

Most of the miniature models are painted in black, except for those that form the lips of Monroe and Audrey Hepburn, which he coloured red

The "Populous" paintings - which take about three weeks to create - now fetch up to £30,000 each.

Speaking about his amazing artwork, Mr Alan said: “I was at my mother's apartment in Alabama watching people on the beach from the sixth story balcony. 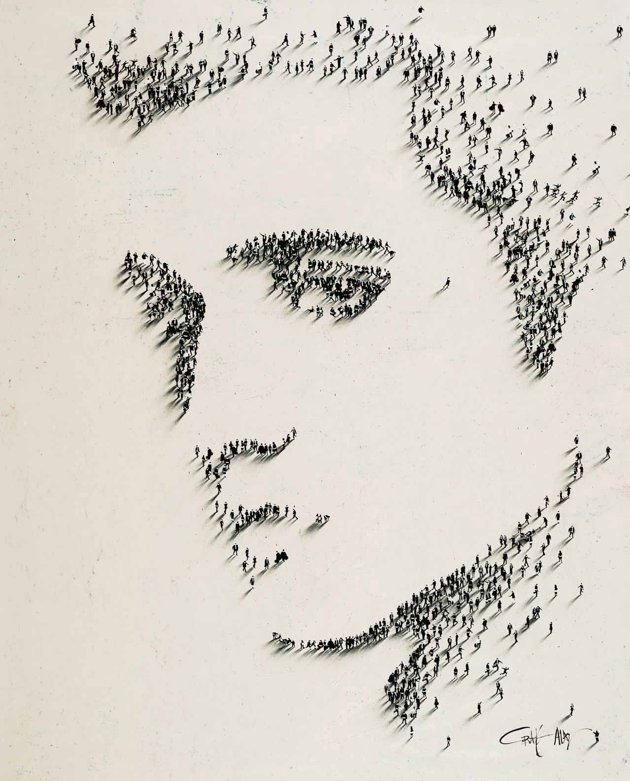 “I started photographing them and then I noticed a pattern through the camera.

“In one shot, the group of people appeared to have formed an eye on the screen - this started my creative wheels turning.

“Portraits always came easily to me, so it was only natural that the two should be combined.

“It's rewarding for me as an artist to watch people's reaction to my work and to see them get such enjoyment out of it.” 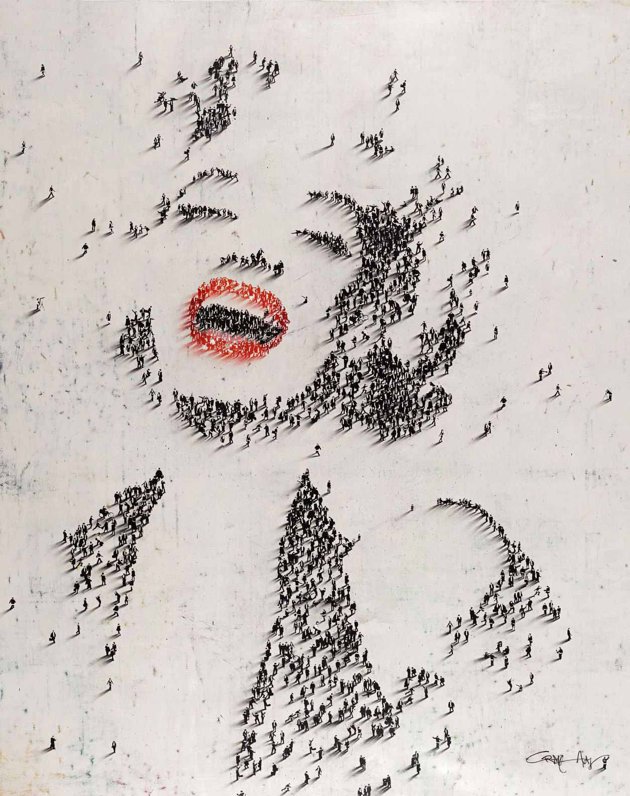