The exhibition within a parallel program of the

The universe is made up of atoms and the Void.

According to Buddhist philosophy – the absolute truth is absolute absence, nothingness. An attempt to comprehend «void», when the observer realizes that the obvious form of reality and emptiness are inseparable – is one of the most important goals of Buddhist meditation.

Eleven modern artists present their vision of limitless, unidentified, cosmic and fascinating concept of «nothingness». One follows the path of materialization, creating objects and installations which do not have a definite form and the others try to present nothingness in a form of motion or sound. Either way, the whole exposition represents the fullness and harmony of the «nothingness» – the exact thing that western people do not fully recognize so far.

The «Nothingness» exposition resembles a group meditation where everyone, letting oneself through artworks, can find one’s own perception of «nothingness».

The project creates a space for contemplation of «nothingness» in its modified form and allows us to perceive visualized reasoning of nothing and everything at the same time. Modern metropolis life with its infinitely rich information realm is forcing us to turn to the quest of «nothingness» ever more, but few managed to find it. 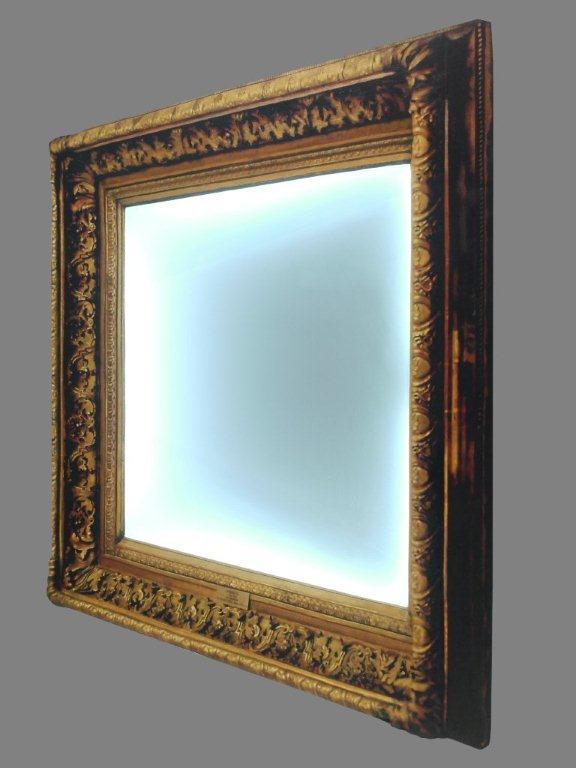 Brief biographies of the artists:

Born in Odessa, in 1964. In the year 1987 he organized and became the first chief of Moscow Club of Avant-gardists (CLAVA).  Since 1987 worked as a member of «Medical hermeneutic Inspection», since 1989 – as a member of International Federation of Artists (IFA). Sergey Anufriev lives and works in Odessa, Kiev and Moscow.

Vita Buivid was born in Dnepropetrovsk. Studied and graduated with a Philology Major. In the late 1980’s she began to work as a professional photographer.  In 1994, Vita received a Grant from the Bureau of the Russian culture «Circ» in Amsterdam and worked on a project regarding the influence of Dutch art on Russian culture. With the support from Rutgers University she traveled to New York and works on fashion style photography. Since her returning to Russia she has been working with local fashion magazines.  In 2000, Vita works on the photo project «Paris. Red», where she was invited personally by the Paris Mayor's Office. The most famous project in recent years is a series of «How I Spent My Summer», nominated for a Kandinsky Prize in 2009.

Irina Drozd graduated from Academy of Arts and Design in Saint-Petersburg in 2009. In the year 2007 she studied in High Art School in Berlin. Since 2006 she took part in exhibitions as well as in Russia and abroad. A member of Saint-Petersburg group «Unbowed 17».

Composer, performer, media artist, sound artist, interactive hardware and software systems and tools development engineer. He started to experiment with electronic music creation at the beginning of the 1990’s. Oleg writes music in different styles and genres, including chamber instrumental, vocal, electro acoustic music and music for radio plays as well. He experiments at the intersection of various art forms, using radio electronics, programming and other related fields. Oleg Makarov is a member of Moscow Laptop Cyber Orchestra (CybOrk). An editor-in-chief of the «Electronic Music» magazine. An editor of «Music and Time» and «Musicology» magazines.

Born in Moscow in 1958, graduated from The Moscow state academic Art school of the memory of 1905 in 1978, at the same time he worked as a scenic artist in different soviet theaters. Exhibits as an artist since 1982. In the 90’s Nikola worked and lived in Paris. He is an active member of Moscow Club of Avant-gardists (CLAVA) and of the «Central Russian upland» – a musical band, which consists of the art-makers. His solo exhibitions are held in Moscow and in the galleries of Germany, Italy, France (1989-2007). Nikola Ovchinnikov is a participant of the 1-st Moscow Biennale of Contemporary Art (2005); participated in more than 60 international group exhibitions in Russia and Europe. He was nominated for «Artist of the Year» of the Kandinsky Prize in 2007.

Born in 1981 in Leningrad, works and lives in Saint-Petersburg. Graduated from Saint–Petersburg Academy of Art named after Nikolai Rerih in 2001 and from Saint Petersburg State Art and Industry Academy named after Vera Mukhina in 2009. A member and one of the organizers of the famous Saint-Petersburg group of artists «Unbowed 17», he became well-known after participation in exhibitions within Moscow International Biennale for Young Art «Qui Vive?», Baibakov Art projects, and after the nomination for the «Innovation-2008» Prize among the other members of the group. In a hometown he is one of the « within 30» generation leaders, who is skillfully working with different media types – from painting to objects and installations.

Born in 1967 in Leningrad. In the year 1994 he graduated from The Academy of Fine Arts in Saint-Petersburg, graphics faculty. Vitaly has been the Union of Artists of Saint Petersburg member since 1994. He has worked at the State Russian Museum in the Contemporary Art Department since 1996. Vitaly Pushnitsky lives and works in Saint-Petersburg, creates works of paintings, graphics, video art, installations and sculptures. His works are represented in collections of the State Russian Museum, The National Center for Contemporary Art (NCCA), Moscow Museum of Modern Art, in the museums of the US, Denmark, Germany and in private collections. His exhibition activity numbers more than 30 group and solo shows. Vitaly Pushnitsky was nominated for a Kandinsky Prize with the project «Here and Now» in 2010.

An independent architect, Moscow Architectural Institute graduate, member of architectural and artistic exhibitions, including «The exhibition of Kandinsky nominees 2010» (Central House of Artists, Moscow), «Salt» (within the 2-nd Moscow International Biennale for Young Art, Gallery RuArts, Moscow), «Modernization of the panel buildings» (the State Museum for the History of Saint-Petersburg), «The Moscow Architecture Biennale 2010» (Central House of Artists, Moscow).

Born in Gus-Khrustalny, the Vladimir Region, in 1985. Aglaya has received an art education in the Studio 50a, where she worked alongside with such artists as Sergey Anufriev, Sergey Borisov, Inal Savchenko, German Vinogradov, Afrika (Sergeyi Bugaev). Aglaya Feneva has been exhibited actively since 2005 and also participated in the 1-st Moscow Biennale of Contemporary Art. Her art is represented in collections of the Moscow Museum of Modern Art and in private collections in Russia, Switzerland, USA, Portugal, Singapore and Belgium.