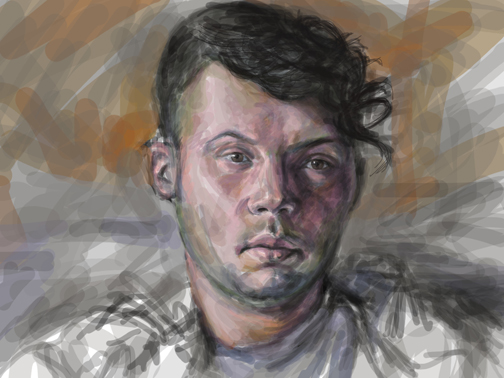 It’s half term, a bit of a break from teaching and time to catch up with myself. As it has been quite a while since I sent out a newsletter, I thought I’d update people with developments for my project “Considering Silesia”.

After last summers Edinburgh Art Festival solo show of iPod UFO's that prompted some very strange conversations, this year I have been upping my game – first with an iPad1 and recently a new top of the range iPad2 to play with, delivering Apple sponsored drawing demonstrations at college and for Apple dealers KRCS, as well as using it to contribute to Yelena Popova's The Bookmark Project at Nottingham Contemporary. Next month I will deliver a presentation for the Creative Careers Conference at the Broadway Media Centre, Nottingham.

I spent this summer working on three commissions: a series of portrait paintings in oils of violinist Johanna Martzy printed onto a box set of album covers (now shipped out to the far east), iPad illustrations for a secret website, and a rather nice series of iPad portraits and drawings for a Liverpool PCT publication with François Matarasso (arts consultant) that was very exciting – proving the value of using iPad for drawing out "in the field".

As part of City Gallery Leicester's project by American artist Graham Hudson "I will talk with anyone who will talk with me" I was recorded 'in conversation' with Kathy Fawcett (Exhibitions Manager, Leicester City Council), Hugo Worthy (curator, City Gallery) and François Matarasso discussing the Liverpool project. This conversation will be published, with the iPad drawings, by the City Gallery.

I've started a new blog called "iPad Art School" which has been featured by the London Artists Quarter of Bow Arts Trust, with lots of postings showing both my own work, drawings, paintings and videos, discussing how they are made, app developments and other artists. This blogs focus is on contemporary art because most iPad stuff online is about design and illustration – the app developers main market – but I think touch-screens have fantastic potential for contemporary art too.

Bizarrely I found that one of my iPod drawings of a UFO has been used by a UFO website. I really like the fact that I drew the picture from an image I found on a UFO website and now it's become part of the "canon" – turning full circle.

The twenty-eight stolen Silesian portraits were mysteriously returned – I still don't know all the details – but sadly many paintings were damaged, so I guess the Sledmere House show was their last exhibition. Delicately painted, they couldn't survive rough handling. I'm afraid that was rather a lot of work to lose, but fortunately my one very favourite painting of the collection seems entirely unscathed.

On the other hand I had all three of my submissions to the Autodesk Gallery in San Francisco accepted and shown in their international exhibition “Digital Canvas”. Created on the iPod Touch with an Autodesk app, all I had to do was email them – they printed and framed them for the show!

I also contributed to The Bookmark Project curated by Yelena Popova at Nottingham Contemporary, creating a bookmark and video looking at the case of Horst Mahler, a Silesian once part of the Baader Meinhof Red Army Faction, then years later leading the German Neo-Nazi party.

I am very pleased to have been selected for the Counterpoint exhibition for Platforma, in Shoreditch, London, opening on the 29th November, showing three large iPad portraits of my son Theo. This exhibition is supported by Arts Council England and The Baring Foundation.

At the moment I'm working towards a solo show at the Kunsthaus zu Weimar, next to the Bauhaus Museum, in Germany; a UFO sighting in Sherwood Forest; and investigations into the German émigré community in Chicago – the city that gave home to the largest number of Germans after their expulsion from the then new Eastern Block. I want to create a series of portraits of the survivors and talk to them on camera about their experiences of this 'blind spot' of post-war history.

The Chicago project aims to use portraiture to create a kind of visual witnessing of people who are themselves witnesses of a critical point in 20th century history. What we remember and what we are willing to share are crucial to how we know the past.

But visual representation is ‘another way of knowing’, as François Matarasso has described the investigation in this project. The art of portraiture can give us access to experience that cannot be put into words. It makes that experience reach across time and place, to touch those who have no connection and make them understand mere history as real things that have happened to real people. 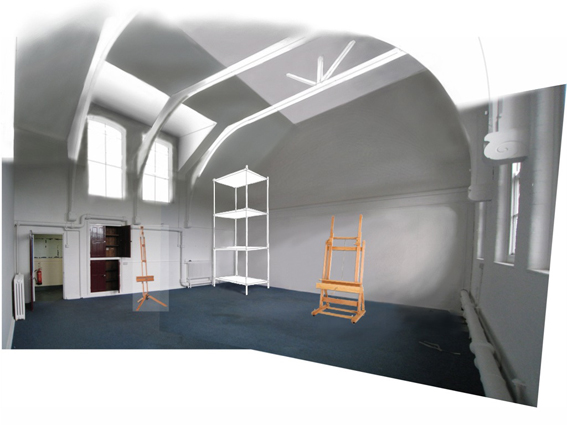 As a director of Primary, the new studio and events facility for Nottingham, the building work we can afford is just about complete, the studio manager employed, the artists are being selected and my own application has been successful – phew! Having managed without a studio for two years (the iPad has been invaluable!) I have big plans for this studio as a production, teaching and presentation space – a new home for "Mik's Front Room" exhibitions and projects after last years launch in a city centre shop.

Oh, and the art-school teaching is still great fun, though blooming hard work, and it's been fantastic to have Chesterfield College's support for the iPad projects!

Lastly, because it may be a while before I write another newsletter – Merry Christmas… or what ever you go in for!