International museum exhibiting artist opened two juried invitational gallery exhibitions of her work in the west and east of the United States in March, 2013. 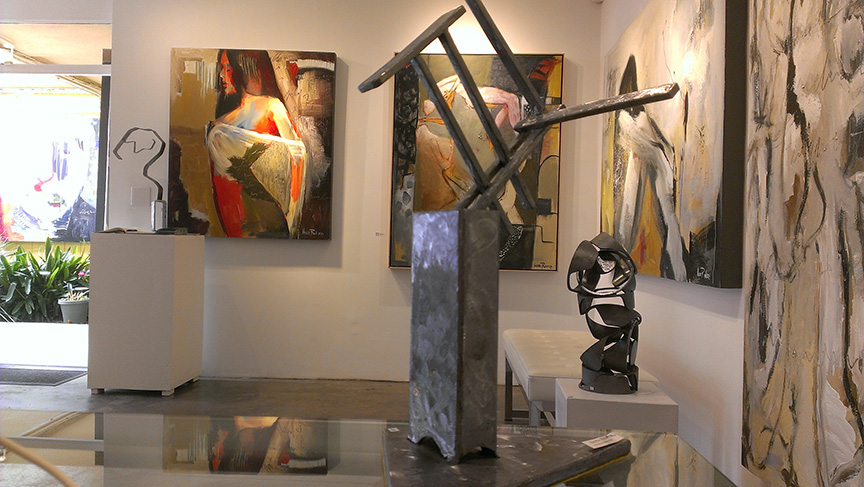 West coast: She is exhibiting sculpture at the Hugo Rivera ArtGallery in a rotating exhibition of her newest sculpture during March 6 to June 7, 2013 in the prominent gallery arena of Laguna Beach, California.

East coast: Paintings are currently on exhibit in mixed media along with her distinctive international photography folios, part of the Geo-Bibliotec Series © Menthe Wells, at  the at the The Schelfhaudt Gallery during all of March 2013.

The Schelfhaudt Gallery exhibition is in the Shintaro Akatsu School of Design, Gallery which is prominent in theUnited States as it stands, “…as a high water mark of creative thought and design.”  Menthe Wells additionally has a distinctive (juried invitational) commercial site third exhibition which will be ongoing and constantly changing at “The Gallery” in Movement Revolution in the Brentwood area of Los Angeles (Santa Monica).  Earlier this year Menthe Wells had a large solo exhibition at  LA Artcore Gallery held in 4 galleries of The Brewery Art Center, which is the largest art center in the United States.