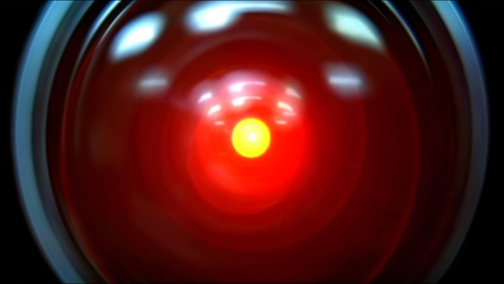 As we sat through the credits and the lights went up in the Leicester Square cinema, we realized the next audience was filing in as the last moved out. Sat in the middle near the front - we had the best seats in the house - and the film had been terrific. So we stayed and sat through it again - fantastic!


Sometimes it takes years to make connections in your head, and then things go "ping!" and you wonder why you hadn't thought of that before? So it was when I realized that I, and other artists I knew, seemed to be working around issues that might be seen to connect with the 1984 sci-fi film "2010: the year we made contact" and its predecessor "2001: a Space Odyssey". Also for Nottingham Studios, after seven years of graft and disappointments, the subtitle "the year we made contact" now seems apt. So, in the last weeks of 2010, I thought I'd put some of these artists together and see what happens - perhaps they'll go stratospheric - "boom!"

"2010: the year we made contact" is produced with the generous assistance of Nottingham Studios Ltd and the New Art Exchange, and in association with Sideshow - fringe to "British Art Show 7: in the days of the comet".