My exhibition notes, videos and photos - with kind permission of Nottingham Contemporary 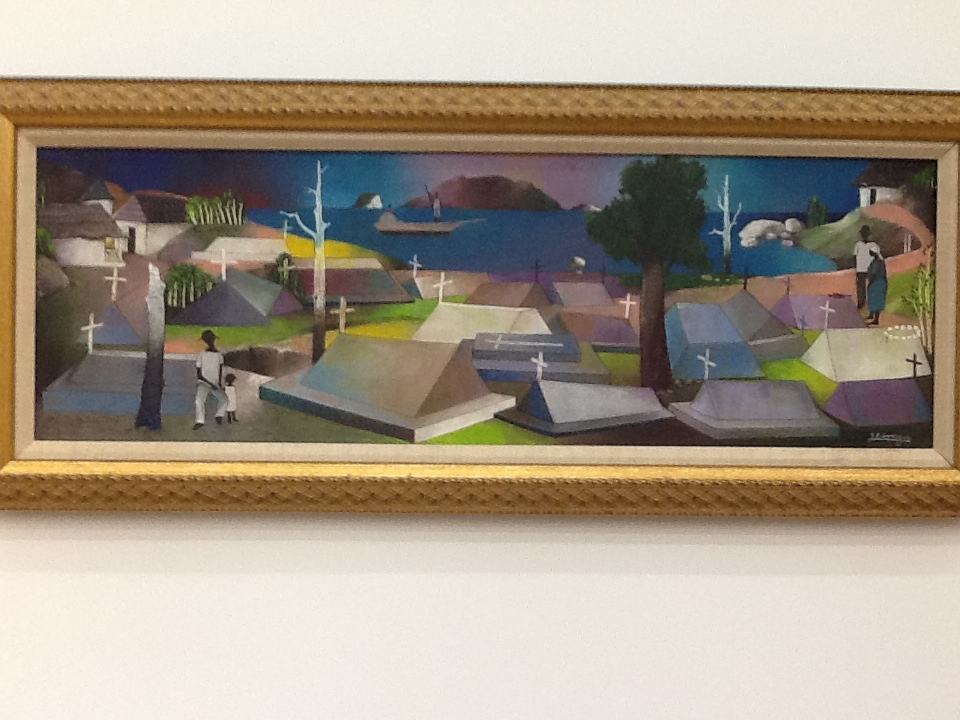 Lots of information panels in the galleries

Includes an introductory documentary film from 1960 about the Haitian Art Centre or Centre d'Art that was established in 1944 with backing from some Americans who went Haiti to teach English.

The main subjects were carnival, cemetery, lots of symbols, vodou priests and deities called "Papa..." so-and-so, often the god of war celebrating slaves revolt & freedom, paintings and cut out steel sculptures, including one painting that was bought by Surrealist leader Andre Breton in 1945/46 – in Bretons search for authenticity 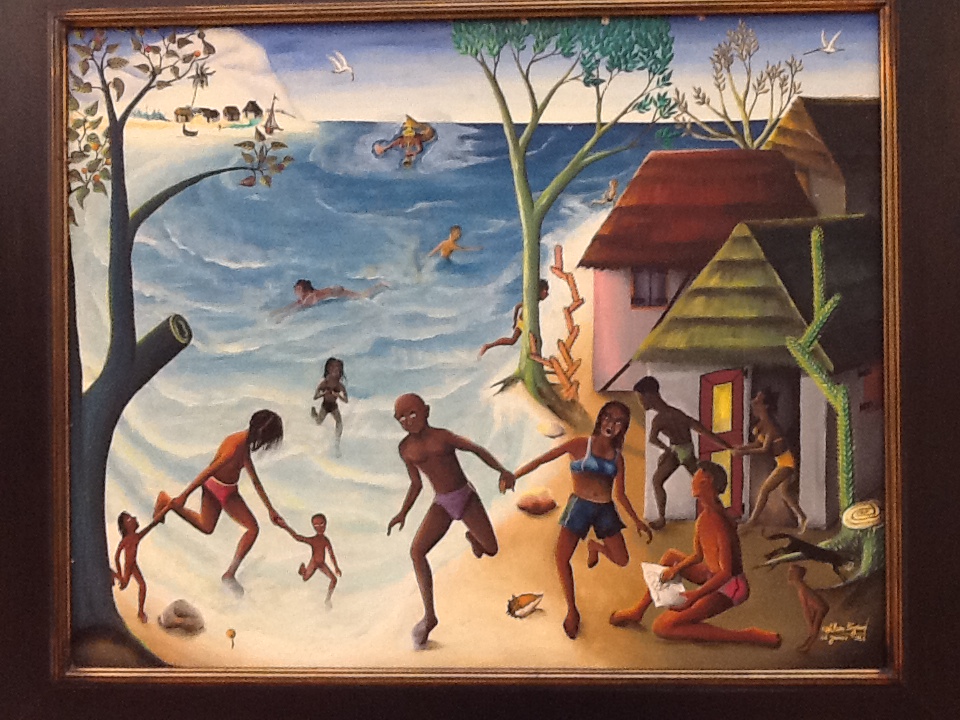 Carnival scenes of costumes and dancing, some very colourful and looking quite modern, others decorative with tropical flower borders 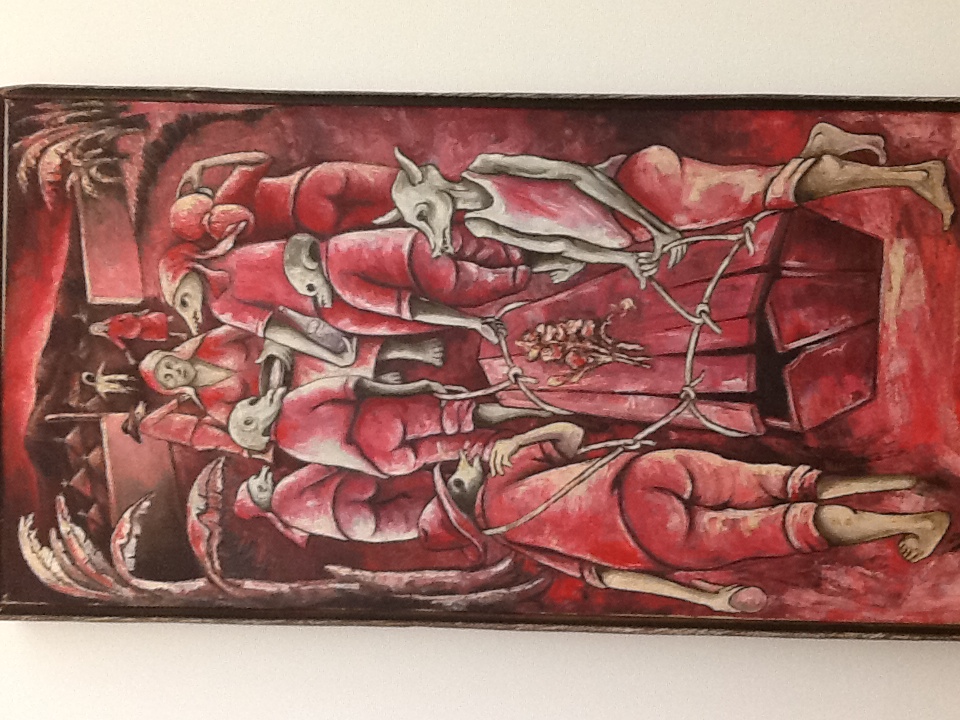 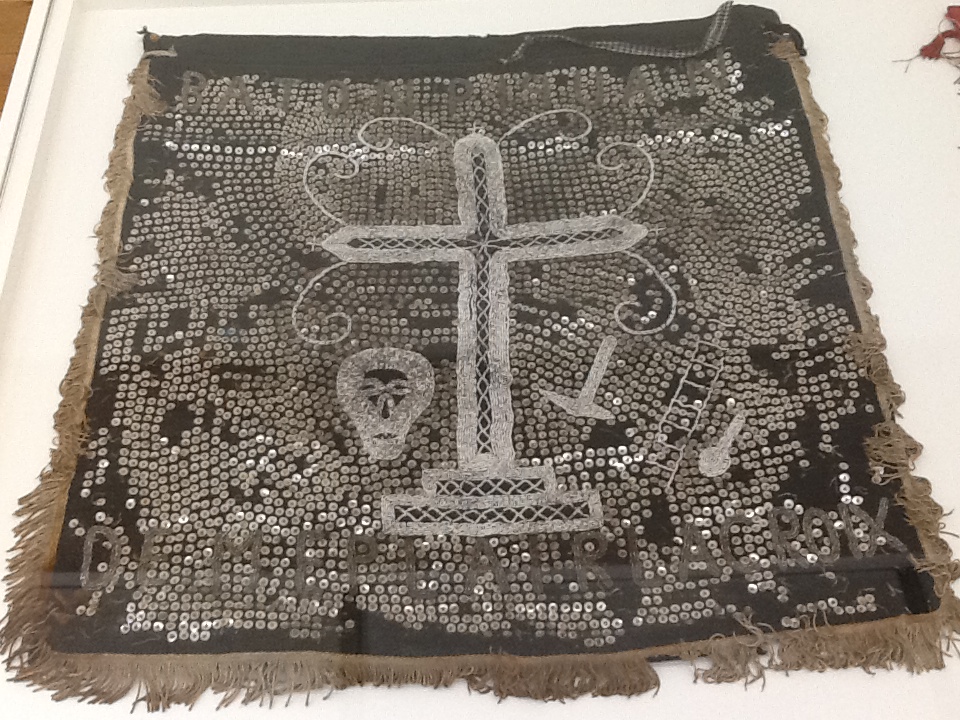 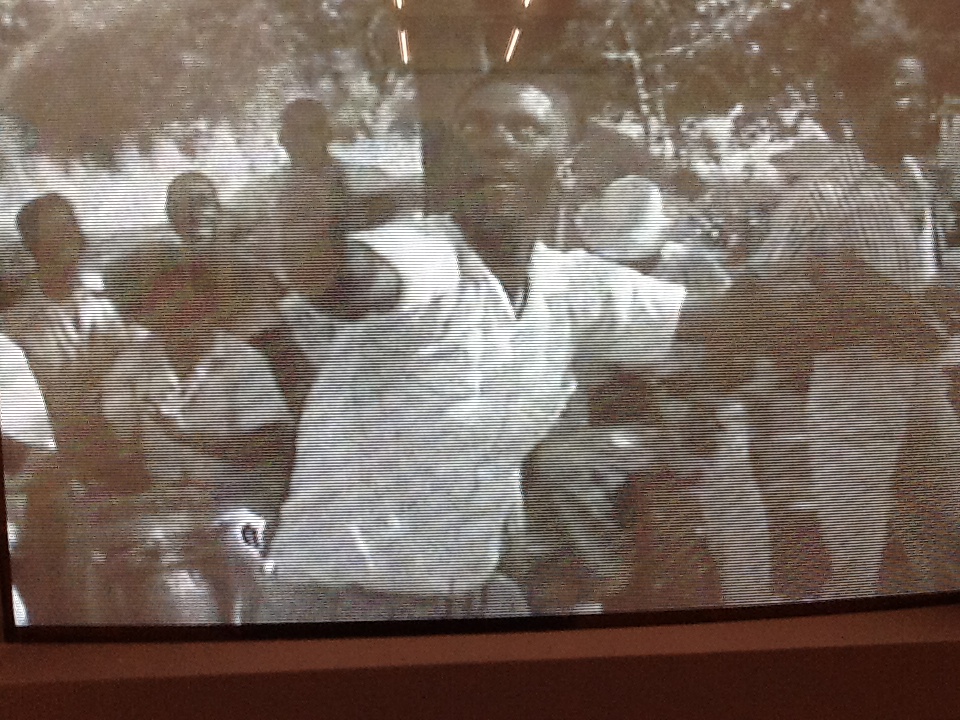 Paintings of totem like figures and portraits, some reminding me of medieval church paintings 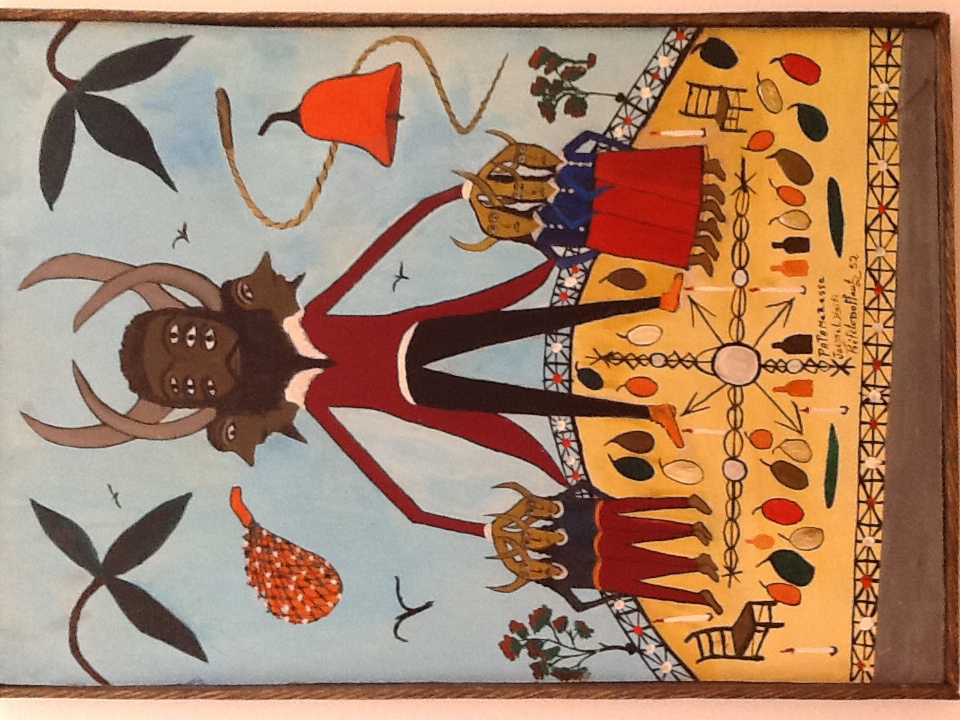 Then we move to 1970's with some painters looking more sophisticated, or at least more Western 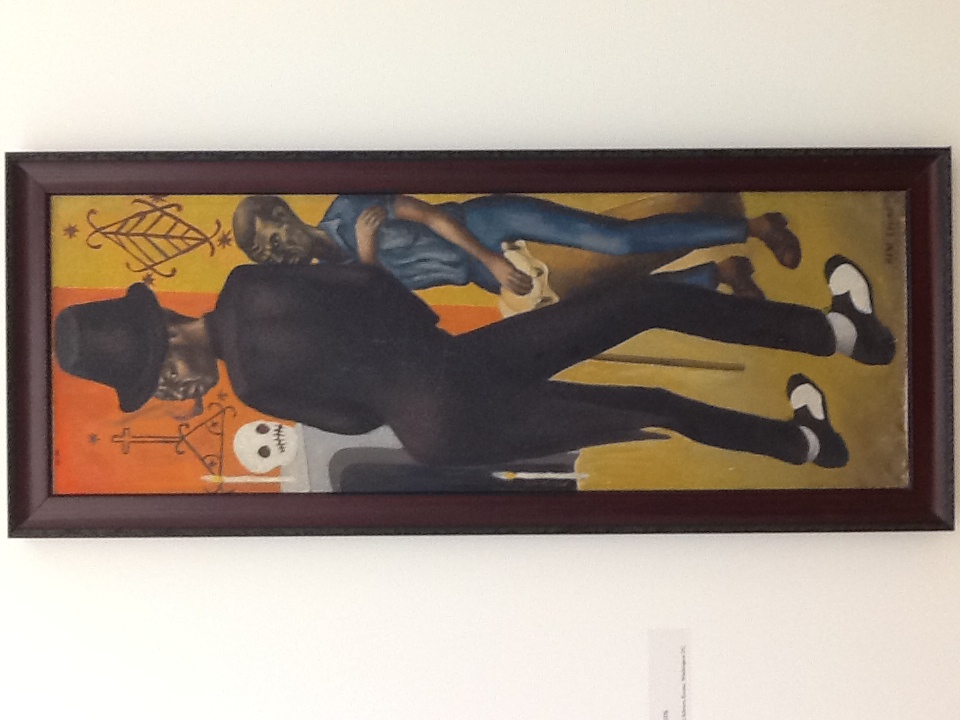 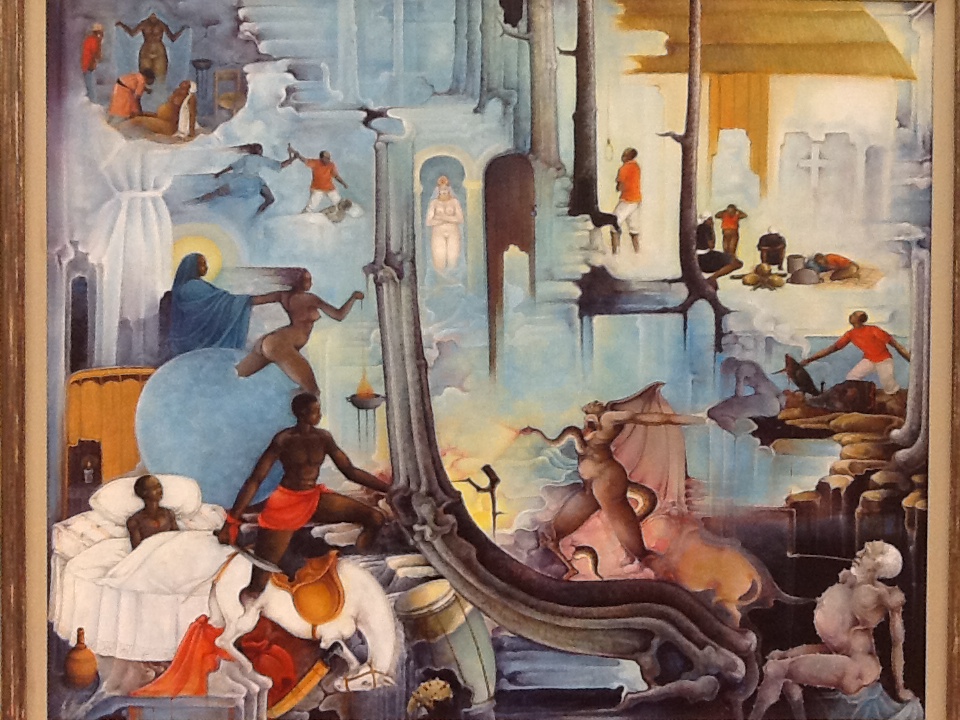 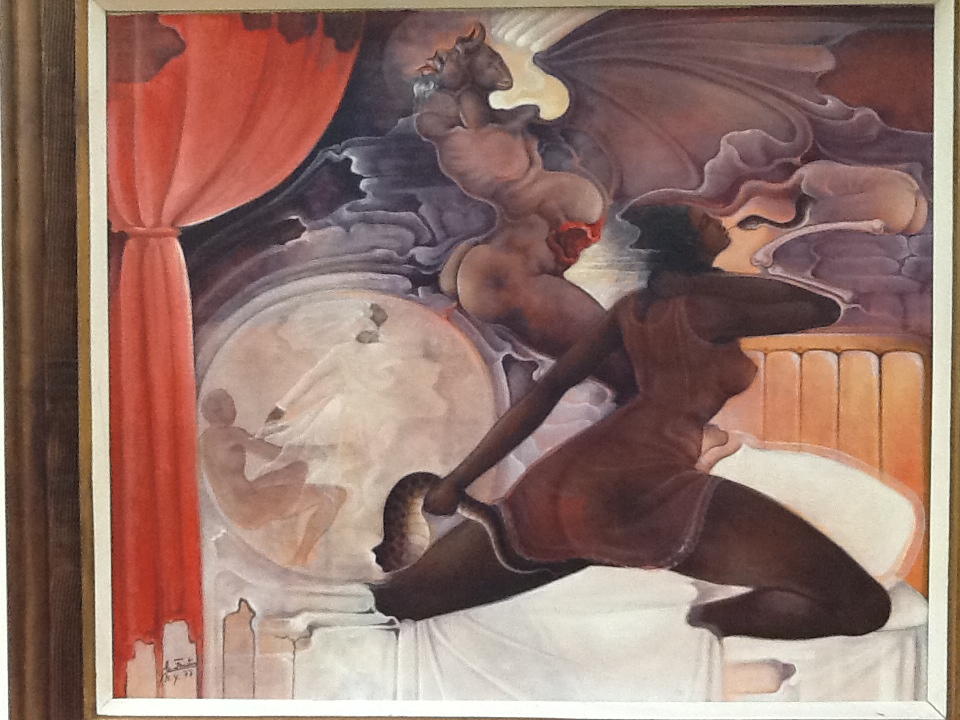 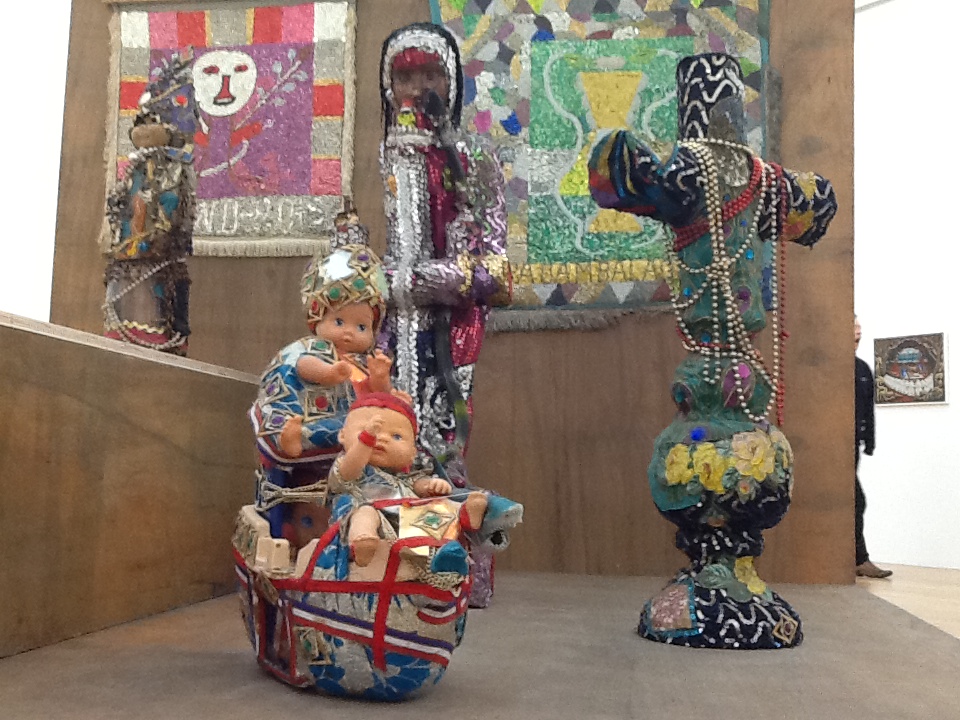 The Saint-Soleil movement of peasant & poor urban painters, some almost abstract or like Arte Brut or today's Chris Offili - Clermont Julien and Prosper Pierre-Louis from the late 1980's & 90's 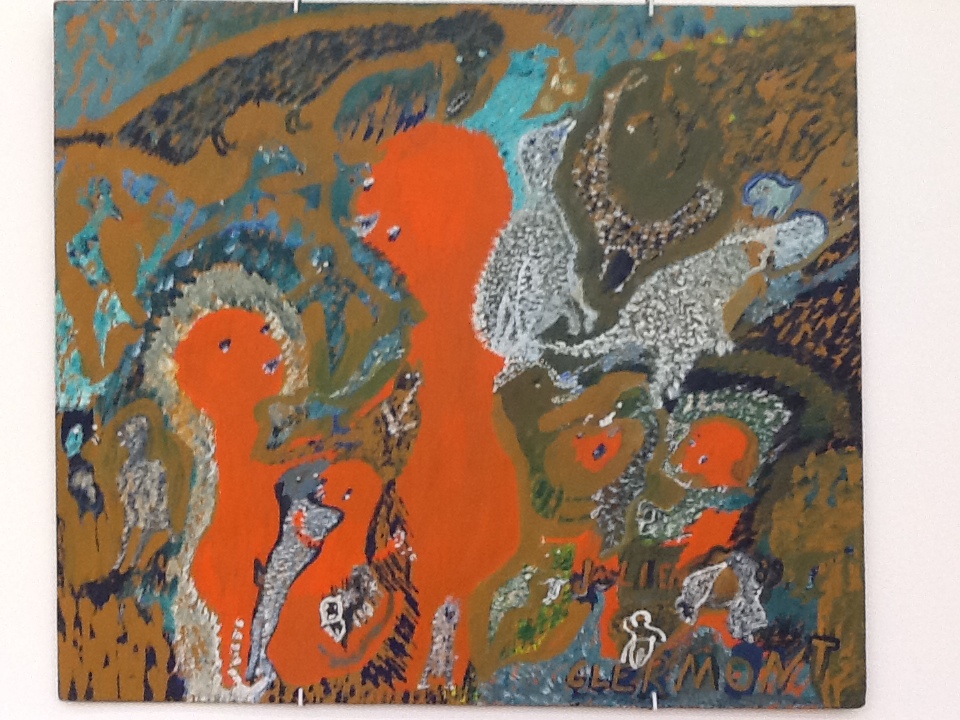 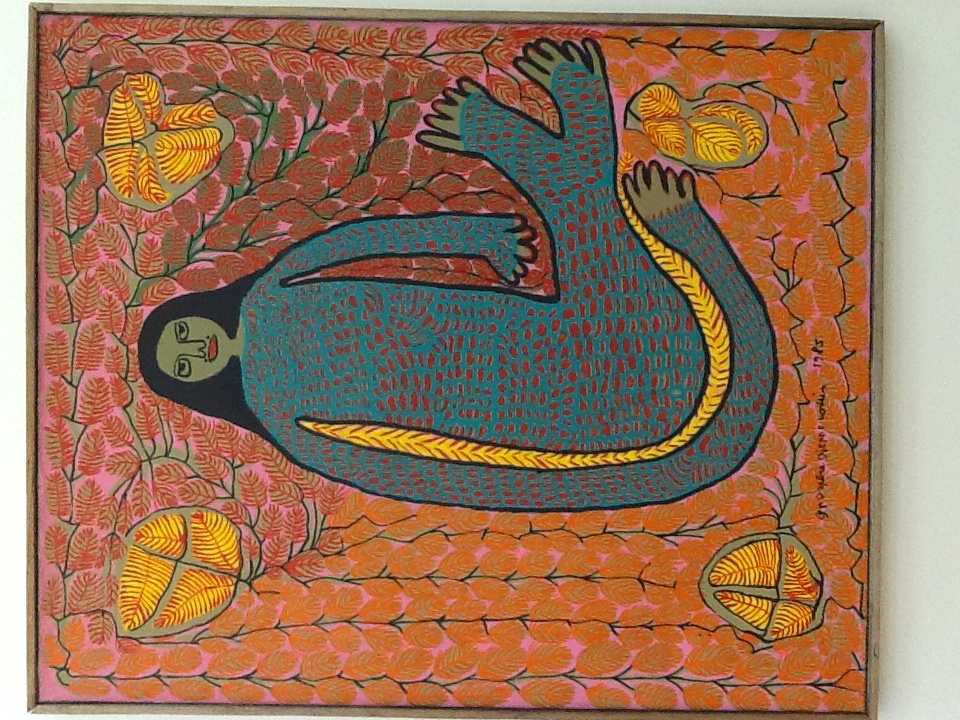 Is devoted to the “Atis Rezistans” or resistance art movement with subjects such as the fall of dictator "Baby Doc" Jean-Claude Duvalier. Incredibly detailed paintings with intricate drawn patterns of Frantz Zéphirin - an amazing history painting of “The Slave Ship The Brookes”, 2007, with rebellious slaves chained to the side of the ship for the sharks to eat, a European crew of animals, and written on the sail of the sea gods ship in the background "we are in a lot of trouble", with hope offered by two chained slaves who break free, signifying two leaders of the Haitian Revolution. Edouard Duval-Carrié "Le Grand Bwa d'Ileh (Yes King)" 1994 a political satire depicts Baby Doc in a dress, as he was reputed to be homosexual, with the voodoo lord of death Bawon Samedi and family member and general Archbishop Francois-Wolf Ligonde. 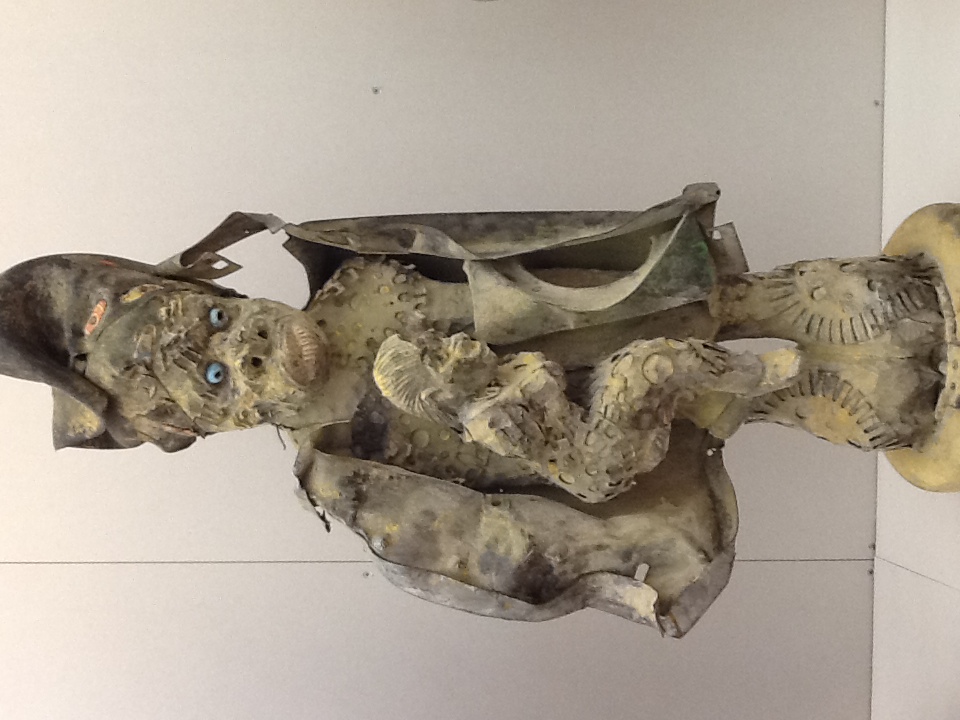 The best and most striking work for me are the hatted sculptures made of recycled tyres, carved wooden heads and computer bits of metal, unified by a light golden ochre dust by Jean Hérard Celeur titled "Societe (Vodou Congregation)" and larger similar figures with children, all 2010 - really strong presence of expressionist saintly gargoyles mixed with German religious wood carvings 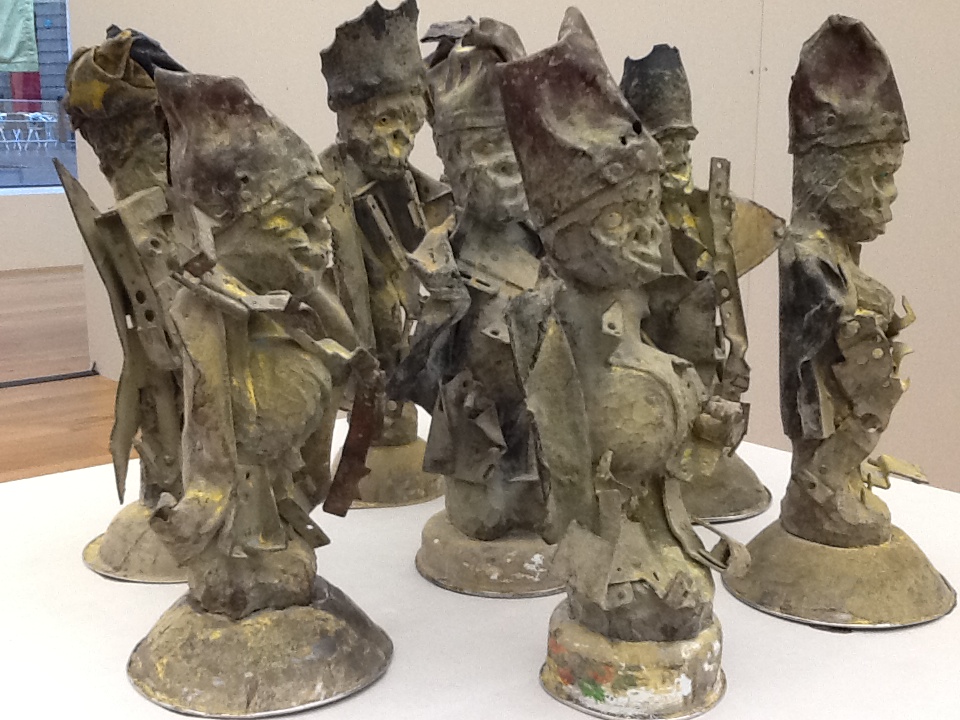 I spoke to a couple of friends who I met there with their very small children, both liked the show - one said she liked it because it was colourful and interesting even if you don’t know about art. And a gallery assistant told me this was his favourite Nottingham Contemporary show because “its like a community art project from hell!”

I like the museum style presentation that Nottingham Contemporary does with quite a lot of its shows, in this case it's almost like an anthropological study, and it's interesting seeing director Alex Farquarson able to indulge his very individual curatorial passions – apparently he owns a couple of the paintings in the show.