Stalke Galleri, Kirke Sonnerup has invited Lone Mertz to curate a show which takes as its starting point the cooperation she had with Albert Mertz from 1974 until his death in 1990.
The show will include both known and unknown works, old and quite new, together forming a coherent installation.

Throughout his life Albert Mertz used many different artistic expressions, methods and media, but – as he often said - ”the difference is the same”! It was not about a certain style or form, but about the most precise way of showing content and meaning, which again and again was exposed to new investigations and new questions.

Albert Mertz was for many years occupied with the philosophy of the east, which also links up with his investigations around the colours red and blue, which interesting enough are also part of the Tibetan conceptual world.
It was this track Lone Mertz was to follow. The glass coffin she made on Glænø Beach in Denmark in 1993 was later installed, in a different form, in the Himalayas at 4.400 meters above sea level.  It still exists in the mountains as the glass in four windows in a tibetan temple, a fact which throws a symbolic light in the direction of Albert Mertz´first presentation of red and blue.
This presentation, in 1972 at Den Frie in Copenhagen, was accompanied by the work ”Painted Windows”, 7 photos printed on canvas and mounted on stretchers as paintings. The photos, taken by Albert Mertz' daughter, the photographer Susanne Mertz, showed some painted, false, illusory windows which one could not see through, and told about an art which no longer had the necessary transparency or relation to use for ordinary life, an art which blindly closed in on itself and its own conventions.
Art in the showroom or the gallery is a closed affair, often with a single-minded aim; but the red-blue proposition might still show us a way out of this sanctuary towards the life's diversity, where creative ability is the most important blueprint for human beings.

Lone Mertz has throughout the years been involved in many shows with Albert Mertz. The latest in 2010 in Kunsthalle Lingen in Germany, where he was represented by some important works and two big reconstructions of painted walls. On the 6th. October 2011 Daimler Contemporary in Berlin opens ”Conceptual Tendencies 1960s to today” with, amongst others, 25 works of Albert Mertz, who with this exhibition has found a place in the history of art outside of Denmark.
This comes about now, just as the long awaited book with his comprehensive notes ”Mertz om Mertz” is about to be published by the Danish publishing house,Vandkunsten.

We look forward to welcoming you at the opening Saturday 1th. October from 13-17. 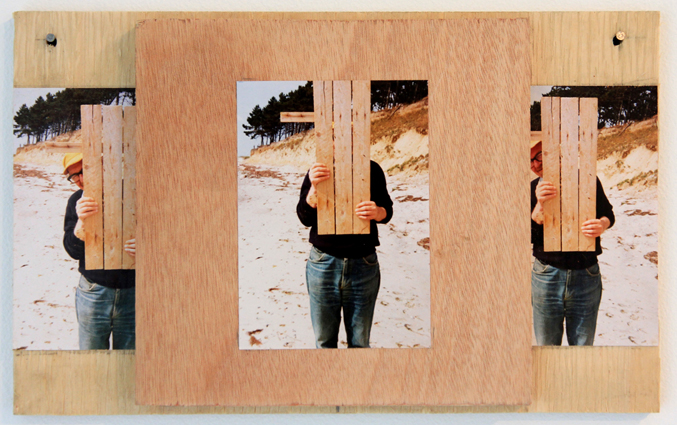