Blackpool: The Board of Deputies of British Jews have denounced a fully functioning crazy golf course in which players hav to putt their ball into the groin of a plastic cast of Adolf Hitler, BBC News reports. The golf course is the work of Doug Fishbone, who invited various artists to design a different hole in the game. The Hitler hole is by the Chapman Brothers. Michael Samuels of the board claimed the…

The Tate will not stage a triennial in 2012, the Art Newspaper reports.The institution said that the decision is because 'Works have started on the Tate Britain Millbank project and as a result we have slightly rejigged and reviewed the rhythm of our programme for next year.' After the 2006 event, curated by Beatrix Ruf, the director of the Kunsthalle Zurich, the 2009 exhibition curated by the Nicolas Bourriaud, the 2012…

The posters will be recognisable to those familiar with the artists work, such as Bob and Roberta Smith’s familiar hand drawn slogans, this time tackling more aspirational matter… Continue

Current Arts Council England Visual Arts Director Julie Lomax has been appointed the equivalent role at the Australia Council for the Arts. Lomax may be best known for her role as one of the commissioners of the Trafalgar Square Fourth Plinth project which has seen to date such works as Marc Quinn’s Alison Lapper Pregnant, Anthony Gormley’s One and Other, and currently Yinka Shonibare’s Nelson’s Ship in a Bottle. Lomax originally trained as an artist, graduating from… Continue

Lucian Freud, one of the great figures of British painting, has died. The artist was 88. His New York dealer, William Acquavella, who announced the news, said in a statement that not only was Freud one of the exemplary painters of the twentieth century but he was "also a very dear friend", adding, "In company he was exciting, humble, warm and witty. He lived to paint and painted until the day he died, far removed from the noise of the art world." After graduating the Slade School of Art,…

Raphaël Dallaporta has won the Foam Paul Huf Award 2011, an open submission prize for photographers, held annually in memory of Huf, who died in 2002. Dallaporta will receive a cash prize of €20,000 and have an exhibition of his work staged at Foam gallery in Amsterdam this Autumn. The jury noted: "The quality of the candidates were very exciting. Given the great variety of practices in photography,…

Following ArtReview's afternoon post regarding the launch of the VIP art fair, the first major online art fair, it seems that the site has all but crashed.

An 'advisory note' on the website currently reads: 'Due to the overwhelming number of visitors from around the world who have logged on to VIP Art Fair since its launch at 8am EST this morning, the Fair is currently experiencing slower than normal response rates. Please bear with us as we work to remedy this situation.…

Arts & Business, the quango that brokers deals between arts institutions and corporate clients, and whom received a 100% funding cut in the UK Chancellor's Spending Review, has announced the recipients of their Prince of Wales Medal for Arts Philanthropy. Prince Charles will attend the ceremony that sees Richard Broyd, Anthony and Anne d’Offay, Helen Thorpe, David Seligman and (The late) Lord Wolfson & Family commended. Responding to the announcement Culture Secretary Jeremy Hunt said:… Continue

Prince Sixte-Henri de Bourbon-Parme, a descendant of Louis XIV, is attempting to close Takashi Murakami's solo show at the Palace of Versailles, BBC News reports. Prince Sixte-Henri says that the exhibition "denatures" French culture. Arnaud Upinsky, a supporter of the prince and president of the Versailles Defence Coordination elaborated in similarly confused English "It's about translating into judicial terms the debate and… Continue

There's no clear favourite with the bookmakers for which design will top the Fourth Plinth apparently. Paddy Power have put Elmgreen and Dragset’s Powerless Structures, Fig 101 and Hew Locke’s Sikander as the 2/1 favourites – both works making an equestrian reference – though the bookies' spokesman Ken Robertson has said “This race is actually wide open, but initial betting favours both the Elmgreen and Dragset… Continue

August member's roundup - The best of the network

Beata Kozlowska’s work evolves from a wide range of influences including linguistics, feminist discourse and disparate aesthetics. And, on a more basic level, her work seems to be an exploration of ‘d’s’ – drawing, destabilisation and deconstruction. In Black Square Q (2009) Kozlowska’s relationship to drafting is clear. The… Continue

Agnieszka Polska is the latest artist to contribute to ArtReview’s Project Space. The Berlin-based Polish artist works in video, referencing art historical motifs as she collages them with more prosaic found images. In doing so she questions the veracity of archives and the histocial narrative they seek to provide. She is currently preparing for solo exhibitions at… Continue

June member's roundup - the best of the network 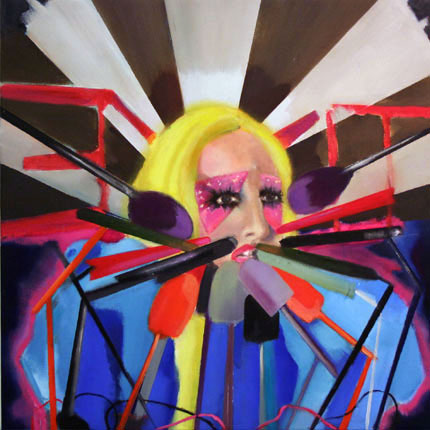 Thai artist and film director Apichatpong Weerasethakul has won the Palme d'Or for his film Uncle Boonmee Who Can Recall His Past Lives, reports the Guardian. This is first Asian Palme d'Or win since 1997. Juror Tim Burton announced the award, commenting deciding the Palme d'Or had felt like an easy choice. Thejury saw the film early and it stayed in… Continue

Rob Smith is the latest artist to be invited to contribute a Project Space to the ArtReview website. Visitors will be presented with an image created from one of 15 videos of the 2012 Olympic site each time they view Scanner. As a consequence each viewer will, in effect, be presented with a different work, which slowly reveals itself, highlighting its pixel makeup as it does, on each consecutive visit. Based in the East of England Smith has exhibited… Continue

May members' roundup - the best of the network

By Kate Rieppel and Hannah Simons

“I started to see my life in little short clips…strange fleeting moments fading in and out… jumbled and misplaced” writes painter Jeremiah Elbel in an extract from his journal, published on his website, alongside a selection of his paintings, grouped into four separate projects.

Florian Germann is the latest artist invited to make a Project Space for the ArtReview website and he has chosen to show a collaborative work made with Patrick Hari. The work, which can be played on the homepage of artreview.com, is a film is based on a site-specific performance that Germann and Hari created in Tyrol. Florian Germann was born in Thurgau, Switzerland and trained as a cabinet maker and stone sculptor before studying art. His work can be seen in a solo presentation with BolteLang… Continue

The Tokyo National Museum has taken the first and third position in a chart of the most visited international museum shows, as compiled by The Art Newspaper. Ashura and Masterpieces from Kohfukuji and Treasures of the Imperial Collections got 15,960 and 9,473 visitors, respectively, per day on average. Banksy vs Bristol Museum at The Bristol City Museum and Art Gallery was the UK's most visited show with…
Continue

It may not have escaped your attention, but Anish Kapoor has a new commission. Now we really don't want to fall into the automatic art magazine role of being down on a public commission designed by a super well known artist: but it is awful. And the rest of the press have gone nuts for it. 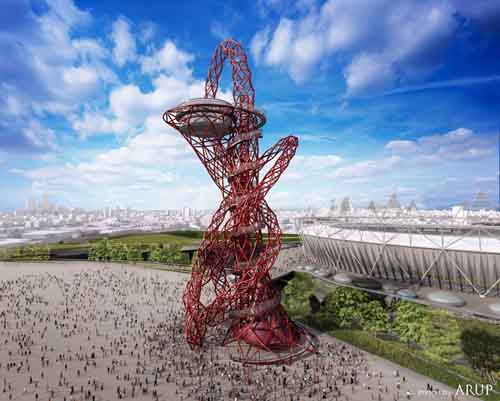