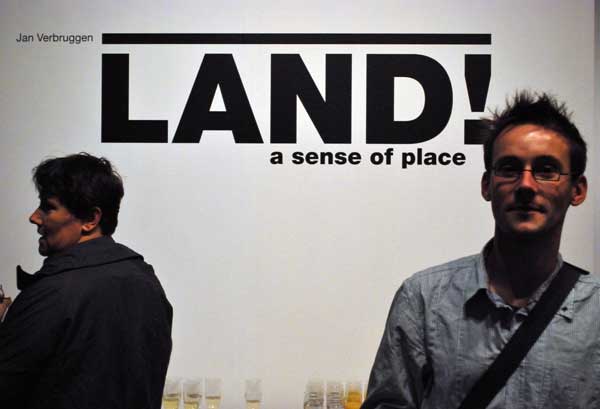 I am...
apart from a visual artist also an initiator of several artistic projects: Actionfields' expositions and Actionfields (con)temporary art space Brussels. Main idea we use in the organised shows is "orientation" and "space".

About my artwork
A frequently returning term is "orientation". Thinking about space brings us to questions about orientation. This includes describing pathways between starting points and destinations. It brings us closer to the reasons of a specific artwork but also to specific outlines of society. The actionfield in which we all act.

What exhibitions are good at the moment?
Tonight 24/09/2008 at 19o' clock there is starting:
(K)NOW art tour 22: Meeting with Pieter Vermeersch at CCNOA
(center for contemporary non-objective art)
adress:
Boulevard Barthélémylaan 5
1000 Brussels
www.ccnoa.org

The shows organised at SECOND ROOM are very interesting too. The organisators actualy manage to start discussions around and inside the field of ART.
www.secondroom.be

LAND! a sense of place (SEAS) at CC Scharpoord 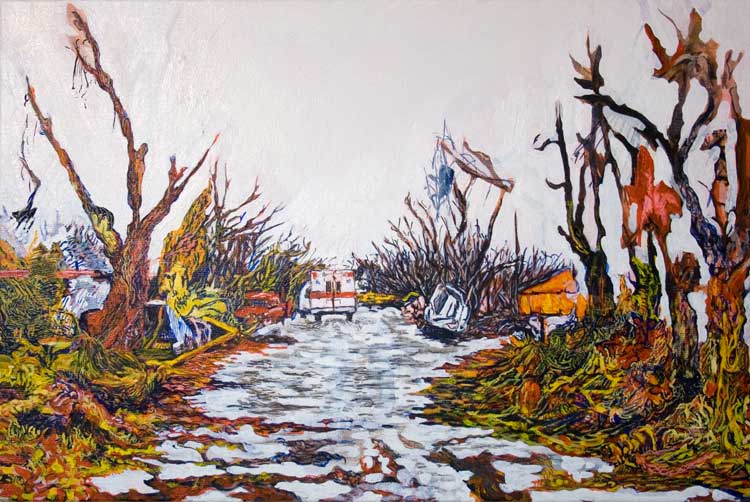 Monday 7 may 2007/ The Times. An article entitled "Giant tornado wipes town off the map" is published.
In the middle of the page we find a photograph of the landscape. Scarred trees are lying at the sides of a road in Greensburg, Kansas. The outlines of the road are redefined by pieces of scrap. Everyday objects are ripped out of their everyday context and seem fused with the soil. The pieces of debris are leaning or lying down, randomly spread all over the site. Nevertheless an assumed void is absent. The place can not be referred to as "terra nullius" (nomansland). We exist inside a juxtaposition of different territories where space is stipulated as "Land" and outlines are described in the sense of ownership in which space is mostly seen as property.

Expo overview LAND! A sense of place by Jan Verbruggen

Disorientations. Some remarks on Land. A sense of place by Jan Verbruggen


The exhibition Land. A sense of place is the next step in a long-term artistic process, driven by a particular fascination. Earlier paintings by Jan Verbruggen displayed his preoccupation with military themes and contemporary warfare in general. Series such as The… Continue 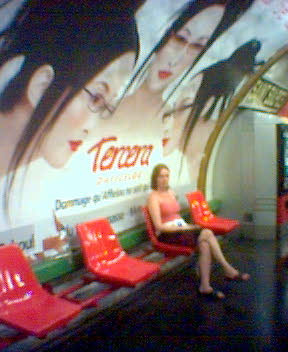 thanx for the add, like the look of your installation and finds the concepts of disorientation and dislocation fun as a stepping off point for artworks.
Simon Andrews

Erna G.S. said…
hi Jan
I like your work, with a strong character...found a bit of Van Gogh in it...am I wrong...great!
Erna

Giulio Baistrocchi said…
love the works and the disorienation theme in general. o thought baout doind work with maps, well creating imaginary maps in an abstract way. i think you should be featured on artreview this week, my personal opinion

Bill Millett said…
Impressive articulation of your work and imagery