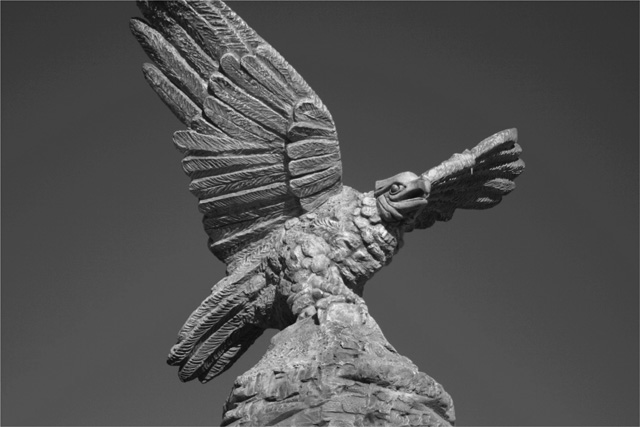 If you're an artist, what kind of art do you make?
Conceptual, Drawing, Installation, Painting, Performance, Photography, Printmaking, Sculpture, Video

About my artwork
“The idea of starting a group arisen from our strong will to express and share around an artistic gesture in the Urban and Rural space. Our projects are designed and structured around the identity of the individual chased by the consumerism and society, bringing in the spotlight the principles that keep this society going.”

MOnuMENTS project starts from the necessity of a reflexion on the deficitary relationship we have with history and recent memory, following a representative piece for the relationship between the political discourse and urban weaving. Developing like a long-term project, MOnuMENTS maps the country following zones: Dobrudja, Banat, Wallachia, Oltenia, Moldavia, Transylvania, Maramures – gathering documentary evidence and archiving monuments of all types on all country territory.

MOnuMENTS represents an indication of the way in which we see our own history and ourselves as people. An indication of ideological values belonging to a certain historic period to which we have referred. An indication of art and politics. Avatars they have undergone throughout the time are a good barometer of political and social changes that have occurred in the space they populate.

Documentation started in 2007, the first event occurred in 2009 on Constantza – Bucharest route and consisted in flowers laid in each monument and marking their regret by standing silently for a minute. The immediate purpose was to draw attention to those monuments forgotten or being in visible degradation.

The type of the artistic research proposed neither arrogate to itself exhaustition nor objectivity nor the type of scientific analysis but proposes a meditation on relationship among the individual, community and history, a live encounter between “yesterday” and “today”, between mentalities and different values, between us of today and taciturn witnesses of the past. It remarks the differences between the urban development and the rural one, between political/cultural gestures. Tangentially it touches as well themes like art in public space, urbanism, ways of communication, types of communication, totalitarianism, manipulation violence.
In the relation MONUMENT – MOMENT the time factor is also important: for every monument there are at least three significant moments, which we want to bring them into attention:
- the moment of construction and the monument inauguration (date, location, author, technique, ordering authority, etc)
- the moment of evocation (theme, representation, title, history, etc)
- The moment taking the photograph (actual state, eventual changes, restoration, reconditioning, its actual significance).

We want to oppose objective memory wiping to live memory, following in time the avatars – physical dislocations or sense dislocations, reconstructions etc – undergone by these national symbols.
The selection of images presented in this exhibition is focused on heroes’ figures from different historical periods. Most of them evoke the first or Second World War The oldest ones from King Ferdinand time or King Carol time have underwent different remarking-up-communism system did not demolish all the previous monuments, but it made changes-adding names taking out plagues, replacing some or vandalizing other.
The project of gathering evidence and researching MOnuMENTS it also continued in London having the curators Lars Vilhelmsen and Karen Ay. During the period March-April 2010 they started up along with The Travellers Box project a series of three performances adding a new dimension to the project. Noticing comparatively the monuments of the two capitals London and Bucharest allowed reaching some interesting conclusions concerning different ways of reporting to own history practised in the two spaces/respect / lack of concern towards the national insignia of the past showing a sign of the relation appreciation commercialization – conflictual/indifference towards the past the differences are found not in the part of the representation but in the one of presentation the London ones similar in subject and creation being comparatively perfectly turned to good account.
The Travellers Box works like artistic discourse engaged by artists in which both the analyses and the proper production play an important part. Lying at the basis of the project the motion of collaboration among artists different points of view starts from their interactions with the Box as well as relationships which are developed from these interactions and manifests in different forms.


The Illumini 2010: Secret Subterranean London has 6 function rooms; the largest can hold a maximum of 800 guests.

The basement at Shoreditch Town Hall is hosting a week-long celebration of London’s underground vaults and tunnels. Secret Subterranean London, which is part of Illumini 2010, presents a historical…

Bojana Romic said…
Thanks for the add! Compliments!