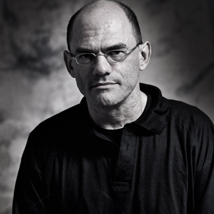 If you're an artist, what kind of art do you make?
Digital, Painting

Davis Lisboa (1965, São Paulo, Brazil), lives and works in Barcelona, Spain.
He is Hispano-Brazilian polyhedrical and multidisciplinary
visual producer and author, who works erasing the borders between
graphic and fine arts, high and low culture, art and market,
crafts and technology. This artist proposes us a reflection
about the postmodern linguistic and cultural hybridization as self-portrait.

The artistic personality of the versatil Hispano-Brazilian Davis Lisboa has been developed from the synthesis of a multiple "hybridization" and shows the global complexity and the multicultural wealth derived from his time and his space. Formed in postmodernity, he has been influenced by the tranvanguardia, the German neoexpresionisme and the last creative tendencies. From 1988 to 1999, he has been dedicated to the advertising and that experimentation causes
that the graphic medias are used like "signs" in a clear and precise way.
The change of millenium has supposed in his trajectory the rereading of the historical vanguards: Self-portrait (1999), Abstraction (2002), Angel (2004).
The second phase of his pictorial production, from 2005, is within the analytical postmodernism looking forward his own identity, marked by the transversality and the linguistic hybridization, with the questioning of the artistic categories,
the elaboration of subversive contents and iconoclast repertoires, extracted from very different sources, to break the limits of aesthetic means and their ethics, as it is displayed in his last artworks: Great Stairs, Solum, Domus, Hybrid-Obex, Hybrid- Abaporu. Is in the purity of the hybridization that his artwork reaches his deeper meaning

The vision of Davis Lisboa is attracted by all the possibilities of expression:
colour, line, space and meaning. Although he had moved away from a certain realism still implicit in his present canvas establishing almost a prologue
to the definitive adoption of an abstractionism totally influenced by the availability of the artist to the evocation of a pictorical image being both informal
and symbolical at the same time.

His painting represents the synthesis of a classic and a modern vision of the world. The artist has arrived to this situation with a careful chromatic investigation where masses of colors are mixed to express his world directed to an immediate dynamism of rare expressive power.

Davis Lisboa has found the key of this interpretation in his profiles
that as a whole he transforms into a true explosion of colours. Before being fixed images on the canvas his paintings constitute an experimented “reality”
in the thought. From this reality an essential painting is born, where colour, drawing
and composition are invented in an instant, without rethinking, without mistaking.

The matter does not prevent the flow of the emotion: the instinct arises
with its fundamental force and it obtains conscientious and expressly
the support that welcomes it. Davis Lisboa is an artist of the civilization of our time that lives art as a revelation, as a message and as a consequence like true poetry.

Davis Lisboa was born in São Paulo, Brazil, in 1965. Graduated in Communication, he has worked as an illustrator in Brazil from 1983 to 1987. He moved to Barcelona, Spain in 1987 still working in illustration.

He has works in some public and private collections, like BMW Ibérica, Madrid, Spain, JBM, Barcelona, Spain, Centrum Miasta, Chelmek, Poland and in the Museu de Arte do Parlamento de São Paulo, Brazil.

2009
Recognition of the contemporary art collection of the Davis Museum by the Museums Department of the Generalitat de Catalonia (Catalan Government).
Barcelona, Spain.


Founder and director of the Davis Museum
(Anthopophagic Davis Museum of Contemporary Art in Barcelona).

2008
Reproduction of the painting "Hybrid-phylacterium" on the cover of Christine Bell's book "On the Law of Peace: Peace Agreements and the Lex Pacificatoria."
Oxford University Press, 2008.

1987
Moved to live in Barcelona, Spain

Davis Lisboa in the Net