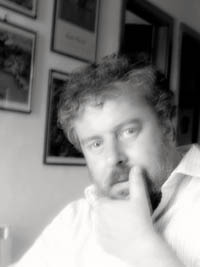 I have two monuments besides this granite obelisk:
One, the house I built on the hill,
With its spires, bay windows, and roof of slate;
The other, the lake-front in Chicago,
Where the railroad keeps a switching yard,
With whistling engines and crunching wheels,
And smoke and soot thrown over the city,
And the crash of cars along the boulevard,
A blot like a hog-pen on the harbor
Of a great metropolis, foul as a sty.
I helped to give this heritage
To generations yet unborn, with my vote
In the House of Representatives,
And the lure of the thing was to be at rest
From the never-ending fright of need,
And to give my daughters gentle breeding,
And a sense of security in life.
But, you see, though I had the mansion house
And traveling passes and local distinction,
I could hear the whispers, whispers, whispers,
Wherever I went, and my daughters grew up
With a look as if someone were about to strike them;
And they married madly, helter-skelter,
Just to get out and have a change.
And what was the whole of the business worth?
Why, it wasn’t worth a damn!

I don't speak any Italian :( I looked at your website & WOW! Your work is so provacative & powerful! I love the sketches...paintings...all of it! You also have such a large collection of it!! I'm really just starting myself to build up mine....very good to be friends amore ;)

Alaa Hegazi said…
vote for me in http://www.saatchi-gallery.co.uk/showdown/index/216306