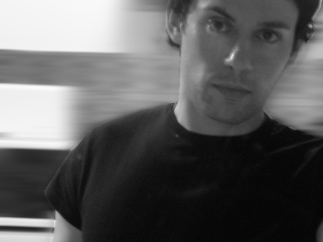 I am...
Brought up and studied in Canada. Has lived in various parts of North America and Europe, and is now based in Malta and Rome. Visual artist working in acrylic paint on canvas and paper.

About my artwork
Work has been focused on the human face and body utilising various streams of media and iconography, such as street art, video stills, fashion photography and classical sculpture to portray a whole gamut of human emotions or lack thereof.

Main influences have been key Late Medieval / Renaissance artists such as Duccio, Cimabue, Botticelli and Michelangelo, from which the vivid use and juxtaposition of colour, mannered poses, as well as natural iconography have been adopted or renegaded to endow attributes or reinterpret the human condition. Other important artists have been drawn on for their sense of pathos, tragedy, or raw angst, such as Velasquez and Bacon, whose pictures resonate with haunting visuals that have become landmarks in our cultural vocabulary.

In an invitation to dialogue and in an attempt at recasting the visual landscape, references have been made to a wide range of photographers and photojournalists. Amongst many these include: Joel-Peter Witkin, David LaChapelle, Terry Richardson, Gregory Crewdson, Steven Klein and Marco Vernaschi. Photographic extracts from news-oriented material such as Financial Times, National Geographic and Vogue have highlighted more relevant and more candid themes ranging from socio-political turmoil, or human or natural disasters, to the superficial world of fashion, often as a counter-veil to the media-dominated and virtual world we form part of.

Lea Liblik said…
Hi Sean! Your paintings are very powerful, your approach is so impulsive. I enjoyed looking at these, I like your style. Thank you!

Janet Gathier-Coomber said…
I have enjoyed looking at your work.. it is quite compelling.