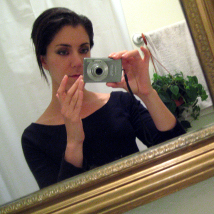 About my artwork
I’ve shot people for many years. I’ve loved it. But now it is time for something else. Time to go inside. I’m going inside by getting outside. The landscape serves as a reflection for my internal machinations that are sometimes meditative, lonely and exposed. I also like road trips.

Centre of the artworld:
London, LA, my studio, online


Bodies of Work:
• The Presence of the Absence – Selected Landscapes from the American West
• Light to Illumine the Dark – Multiple Exposure Studies in Weather Patterns
• Figurative Studies - Hand Printed Infrared Photographs
• Nite: The Painted Face:
The Faces of the Nightlife of California at the Turn of the Millennium
• ‘Subconscious Images’ – Abstract Video Stills
• The Damned on Tour – The South of England in 1995

Alan Murray said…
Did you see my vw bus ? I love the dodge vibe also. see ya later.