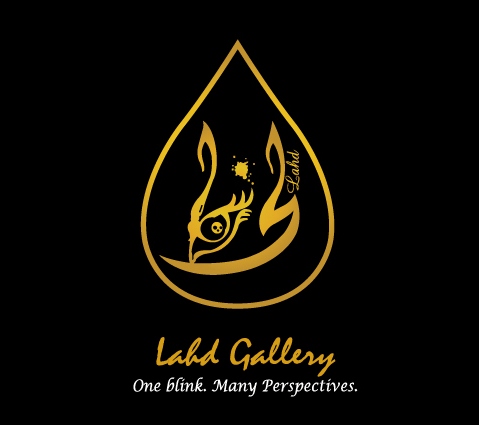 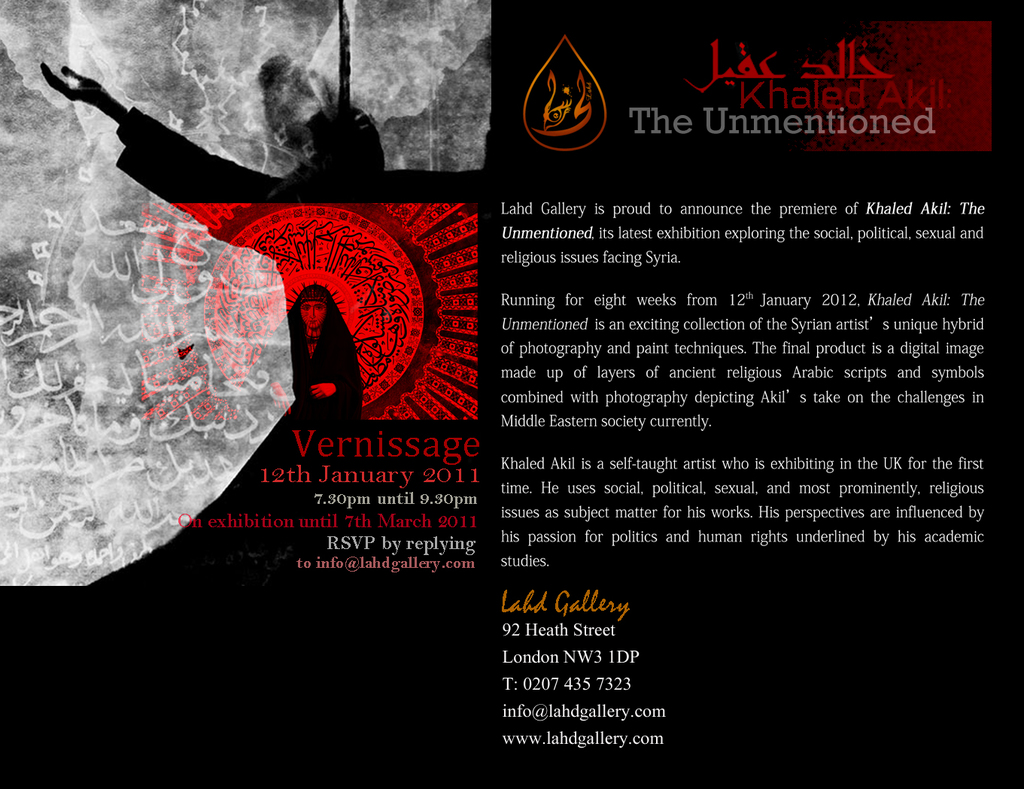 Lahd Gallery is proud to announce the premiere of Khaled Akil: The Unmentioned, its latest exhibition exploring the social, political, sexual and religious issues facing Syria.

Running for eight weeks from 12th January 2012, Khaled Akil: The Unmentioned is an exciting collection of the Syrian artist’s unique hybrid of photography and paint techniques. The final product is a digital image made up of layers of ancient religious Arabic scripts and symbols combined with photography depicting Akil’s take on the challenges in Middle Eastern society currently.

Khaled Akil is a self-taught artist who is exhibiting in the UK for the first time. He uses social, political, sexual, and most prominently, religious issues as subject matter for his works. His perspectives are influenced by his passion for politics and human rights underlined by his academic studies.

I am...
Founded in 2005 in Riyadh, Saudi Arabia to create a focal point for women artists from the Gulf, Lahd Gallery soon became a well known exhibition space on the contemporary art scene in the Middle East and has exhibited extensively throughout the Gulf and North African countries including a symposium in Iran and Seoul in 2007.

In 2010, LahdGallery moved to its present location in London and has since become the foremost gallery promoting contemporary Middle Eastern art. 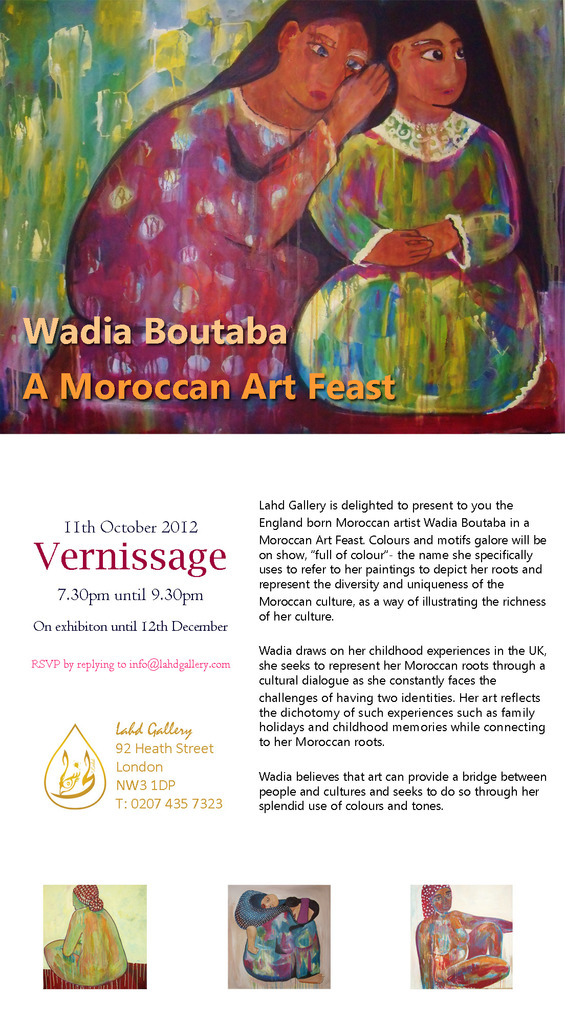 Lahd Gallery is delighted to present to you the England born Moroccan artist Wadia Boutaba in a Moroccan Art Feast. Colours and motifs galore will be on show, “full of colour”- the name she specifically uses to refer to her paintings to depict her roots and represent the…

Arabic Calligraphy: The Art of The Written Word 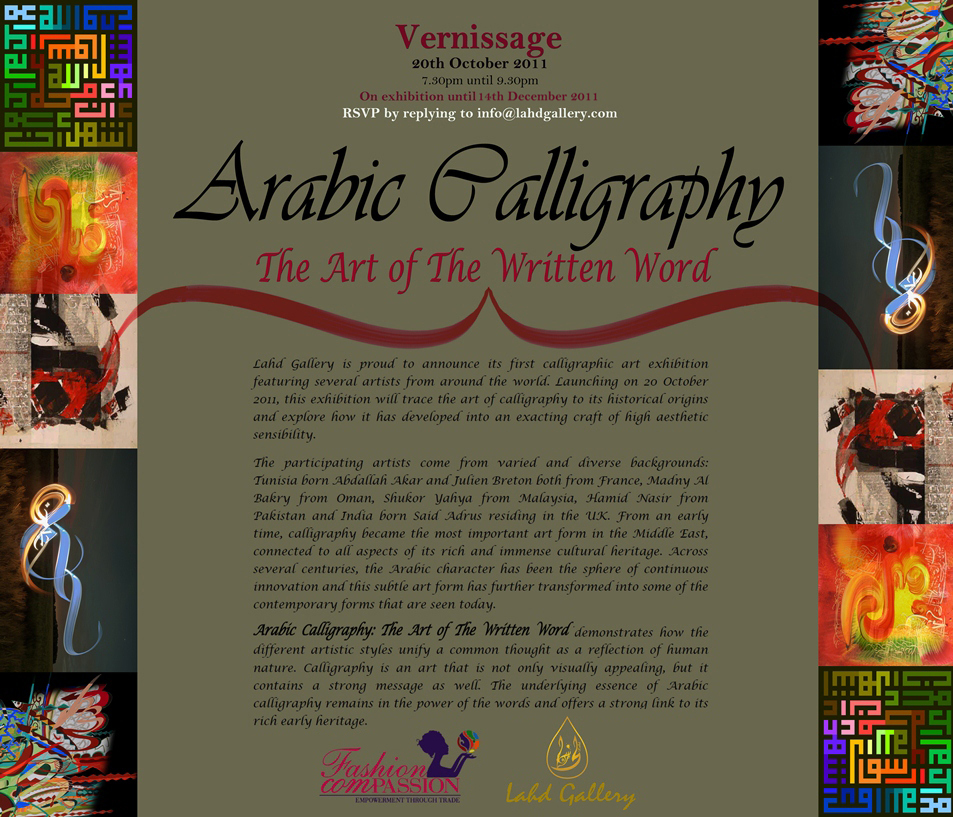 Lahd Gallery, London - the foremost venue for contemporary Middle Eastern and North African Art – is announcing an innovative exhibition showcasing a range of unique and modern perspectives on the ancient Arabic script with works from France, Pakistan, Malaysia, India and Oman. Launching on October 20th, ‘The Art of the…

‎Sotheby's auctions of Arab, Iranian and Islamic art a success