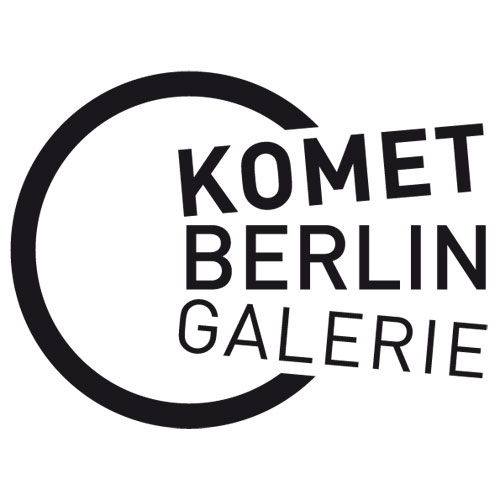 About my artwork
KOMET BERLIN is a producer gallery* - a high-contrast group of artists - all clearly positioned in today's figurative fine arts.

The diversity of the presented artworks ranges from surreal paintings of the New Leipzig School painter Johannes Tiepelmann, Arno Bojaks large sized, sharp-colored, grotesque figure arrangements - brimming with art-historical allusions and quotations, Steffi Weigels very emotional portraits and landscapes, which are at the same time always self portraits and internal landscapes of longing and spirituality, to the provocative photographs and paintings by Torsten Solin - broaching the issue of desire, sexuality and death as central themes.
Antka Hofmann reflects in her poetic cyanotypes and photograms on the innocent, fragile and passing beauty of nature, while Karen Oostenbrink seeks traces in her drawings, photographs and video loops - searching for the “life” in antique, long forgotten or lost photographs and photo albums found at flea markets or antique stores.
Heinz Schmöller deals playfully with cycles in his video-loops and sculptures - involving his surroundings and mostly himself, and Sandro Porcu creates technically ingenious sculptures and installations - full of irony - stimulating the association chains of the astonished viewer.

We look forward to welcoming you soon as our guest.

Centre of the artworld:
Berlin 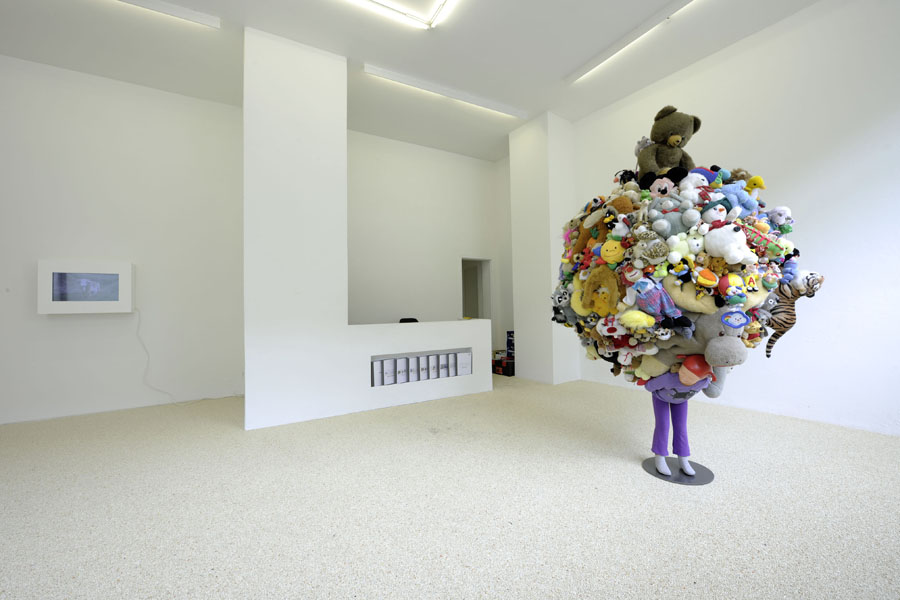 A visit to Heinz Schmöller's studio is akin to entering a giant playroom. Second-hand stuffed animals are piled up in one corner, shelves are filled with colorful things, dolls, plastic stuff. The artist prefers working with materials from a kid's world. His work is playful, intuitive. With a good stretch of the imagination, he is able to pursue his ideas to the finished work without slipping into naiveté.

Schmöller is fascinated by toys. He is provoked by their transparent emotions and colorful artificiality. He uses these discovered objects, reinterpreting and recreating them in order to add to the Naïve the hidden dramas of reality - through the eyes of an adult.

In his exhibition "EXPLOITATION" Schmöller presents artworks in different media (from sculpture and installation to video) in the structure of a creative production cycle - starting at a point of zero value and coming full circle. The artworks become stations in a cycle of becoming and passing, production and disposal.

A large image made of thousands of tiny Perler Beads depicts a factory. The theme of production and manufacturing technology seems here to be the motivation for the image's composition. Other works combine non-functional toys in an act of artistic meaning through their usage. A video in which a detonation of Schmöller's larger-than-life plush sculpture "GROSSE KUH" can be seen, completes the cycle. While his previous artwork is disposed of as waste, it is at the same moment transformed into another medium.

Once again, this end is only temporary. 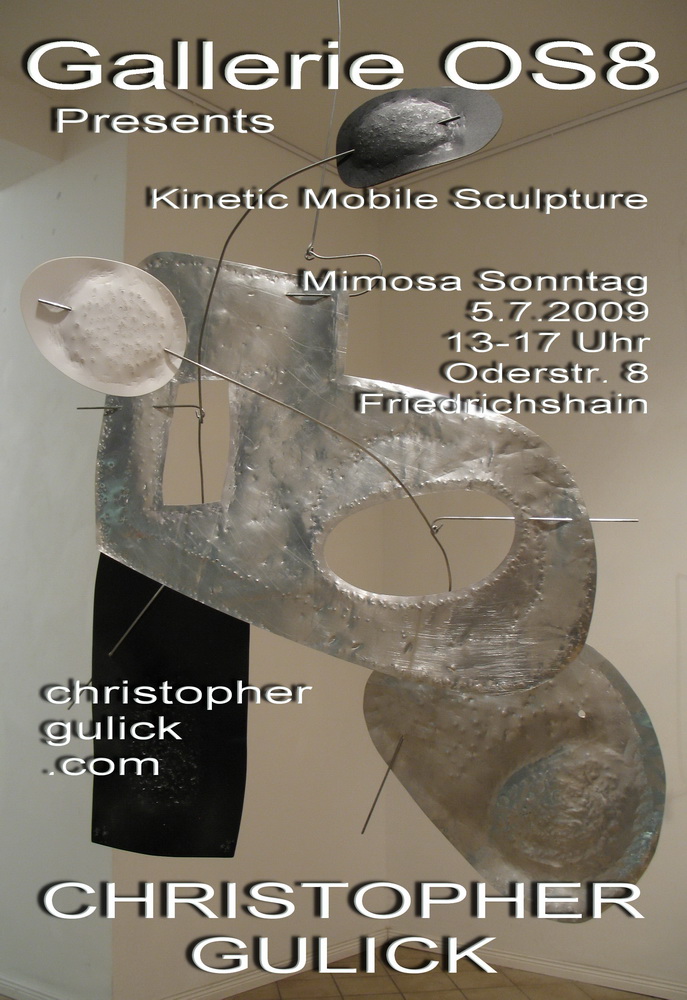 valentina said…
Compliments the gallery is amazing. Please have a look of my works ,I do informal pop art. It 'd be an honour to be part of your group. Thank you
Valentina Majer

Emanuel de Sousa said…
Hello, good evening.
Could you take a look at my work, please?
Thank you. 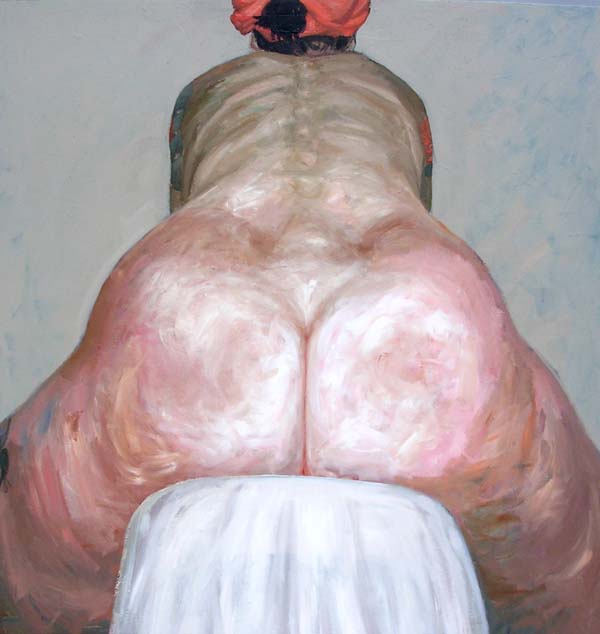 Robert Tombs said…
Thanks for the add Komet!

At last! An against the clock artistic cycling race in Berlin! On K´s allee…

"Kastanienallee" in Berlin represents the paradise for cycles´ traffic. In this ancient east district various styles fuse: Prenzlauer Berg is the place of art of pose and where you can spread your time easily on the café’s terrace, with a natural lifestyle of course rather bio. Kasta is also the symbol street, link between Mitte and Prenzlauer Berg, axis leading towards the top of this ex east hill and till stand buildings very appreciated by the today’s investors.

"Katanienallee" is also called "casting allee", a fertile ground for the parade and an event such as the international cycle race: against the clock race of Kasta´s rise.
The event will take place in summer, on Friday 08/08/08, all velocipedes (bicycles) non-motorized are allowed.
The call for participation is opened to everybody, just needs to know how to ride a bicycle.

The meeting point will be in Weinbergspark by the pond late afternoon for the chronology of the departures. The participation fees are free and the fact of joining this event constitutes the civil and personal responsibility of every participant and in no event the liability of the organization.

Texts, images and films of this action are under “copyleft”. You can freely reproduce them considering the copyleft restrictions include: not modifying the original name or source since it goes against the desire for transparency, not reproducing the material for profit since it abuses the spirit of generosity, and not reproducing the material in a context that violates the rights of individuals or groups by discriminating against them on the basis of nationality, ethnicity, gender since it contradicts its commitment to equality.

The presence of Laetitia Casta was required for this challenge.
The great prize and rewards of the winners will be awarded at the end of the event.
The international Jury will base itself on various criteria and characters among which:

The technique, the time of race, the harmonious composition of the performance, the dress and the aesthetic style, the expression of the character, the originality, the ease and the assurance of the movements, the use of the space, the variations of the speed, the idea of infinity with the + and -…

The decisions are indisputable. Doping is banned; we remind that a control could be made at any time before and after the race. The members of the jury are critics and professionals from the art world and of the shooting race movie.

To register please send an e-mail to cabanoun@gmail.com before July 28, 2008, under the subject “Kasta". If you have an additional interest in this project, you can write us to the same address under the subject "partnerkasta". This against the clock will leave you certainly a great moment.

Modalities and further details will be later sent to you. Participation "incognito" is allowed. "Fahrrad flux auf dem Kasta" is a cycle; the Fahrrad federation of Kastanien is a circle and so on in buckle and in eight … Reminder: see you on Friday 08/08/08 late afternoon in Weinbergspark in front of the swimming baby pond.