If you're an artist, what kind of art do you make?
Drawing, Film, Painting, Photography, Video

- Vanity Fair Germany. Text by Anna Meran. Article about the influence of the internet. 2007

About my artwork
Ever since my graduation in 1983, my work has centred on juxtaposing a world controlled by prohibitions and another, more sacral world: the world of play. Recurring themes include: ‘the unity of the sacred’, ‘the erotic’ and ‘the aesthetic’.
The basis of my work is painting and water-colouring. I also make films, photographs and sculptures. I am motivated by my experience ‘that the world in which I live does not tally with my desires’.
Art, I believe, enables me to create the space that allows those desires to come alive that in the world around me are subordinate or hidden. I like to experiment with different materials: paint, ink, rubber, photo/paper, purfoam, aluminium etc. I usually work on the standing format 200 x 150 cm. I have developed my own techniques, which involves working on paper and aluminium, with acrylics, cutting up shapes, and subsequently 'sticking' them back on the base with paint...
I use watercolours to create imperfect portraits, in which the mutilation is a metaphor for genuine experience. The watercolour shows that it is the paint itself that makes the wounds; the blood-flowing paint apparently has the capacity to do the same as real cutting. A face evidently still has the power to speak and to torment us with the question what experience it is hiding from us, and apparently the paint itself (and not the representation) is enough to convey this power. Unlike the moving images of a film, art (painting) allows us to experience the unreal as unreal and thereby creates an intimacy and rapport with our desires, in an atmosphere that allows us to become conscious of ourselves and our desires!

Interests
The depicting can reveal an original violence, just as music also enables us to experience that. Do not underestimate the potential of the circular movement: the duster, the Stanley knife, a flannel with warm water, the pools of water with a dab of pigment, the contour lines of paint that divide the watery surfaces like dikes and yield new marks at fracture points. In short, all this and more benefits the artist.
To enhance the unpredictable, many years ago I began working with watercolours, where I allowed large puddles of watercolour “to do the work themselves”. This entailed a faith in materials and an alternative idea of talent that rejects the somewhat academic notion of the talented hand in favour of a belief in choices. These choices - no matter how erratic they may seem - appear to be controlled, but more by feeling than by knowledge…

Centre of the artworld:
London, my studio, online

THE 2008 Wim Izaks Prize has been awarded to the 49-year-old painter Jaap de Vries. This biennial prize, which includes the sum of €10,000, was announced today at the Teekengenootschap Pictura Dordrecht by the jury’s chairman Rob Smolders. The two other nominated artists, Houcine Bouchiba and Benjamin Roth, have each received €1,500.
From 1994 onwards, the Wim Izaks Foundation has coordinated this two-yearly incentive prize for painters, who make extraordinary contributions to Dutch painting. The exhibition of work by the three nominees can be seen at Teekengenootschap Pictura Dordrecht until 15 February 2009.

Jaap de Vries
In his work, Jaap de Vries is seeking not only the trivial but also what is generally considered to be either banal or morally reprehensible. His objective here is not to shock or deliberately depict the world as being ugly. Instead, by refusing to avoid triviality, he considers that he is actively creating space for desires that would otherwise be suppressed.
His painting constitutes the expression of these desires. It has undergone a spectacular development over the last few years where the depiction of landscapes with no apparent subject matter has led to the discovery of greater visual potential. By painting with watercolours on offset plates - a laborious and unpredictable technique - he has produced an exquisite and transparent colour palette that could not have been achieved in any other way.
Jaap de Vries has also succeeded in creating a strong link between his themes and his working method. This results in a restrained drama of exceptional quality.

The selection procedure
The nominated artists were chosen following a meticulous selection procedure. Once every two years 20 contacts, including curators, art experts and artists, recommend candidates to the jury. On the basis of submitted visual materials, the jury draws up a preselection of artists, who will receive studio visits. The three nominees are then chosen from this group.

THE 2008 Wim Izaks Prize has been awarded to the 49-year-old painter Jaap de Vries. This biennial prize, which includes the sum of €10,000, was announced today at the Teekengenootschap Pictura Dordrecht by the jury’s chairman Rob Smolders. The two other nominated artists, Houcine Bouchiba and Benjamin Roth, have each received €1,500.
From 1994 onwards, the Wim Izaks Foundation has coordinated this two-yearly… Continue

UNSHOD adj.
Not having or wearing shoes or a shoe: unshod horses.
(from: yourdictionary, June 15, 2007)

Jaap de Vries: That skull with diamonds, it’s beautiful
done, but he didn’t made it himself.
Leon Willigendael: Imagine there’s no skull but just a story
about a skull, and the diamonds are not real. It would stop
to be a 21st century Fabergé egg, though the visual impact
would be… Continue

A day with Jaap


Art has not just the capacity to deliver clear messages, to build cool concepts; it also offers us the possibility to enter the universe of a person. It has the universal power of
revelation,…

Raul de la Torre said…
I like all your works I would like to have the chance to see them live if I go to Europe in a near future .
I'm having a solo show here in California and so far has been not bad.
Keep the good work and good luck on your new exhibit

Anna Jaros said…
Hello Jaap,
Thank you for adding me, your work is great.

Khairy Hirzalla said…
Hi Jeep,
thanks for the legend of this age the (internet)
unfortunately I've never been in London.
it is not exaggeration if I say every artist must visit Jordan we have many amazing area specially Petra, Ram desert, beside many holy and historical places, see this site http://www.visitjordan.com/
if you planning to visit Jordan you will be my guest,

Some absolutely lovely work! Such a variety of materials and styles in your pieces, yet all are equally accomplished and beautiful! I love the use of aluminium painting with the sculptural figure of the man positioned in front. I look forward to seeing your work in person! ;-)

Khairy Hirzalla said…
Hi Jaap ,
...me to
happy to see you on my page my friend,
lam always looking for real artist,
fantastic art work, 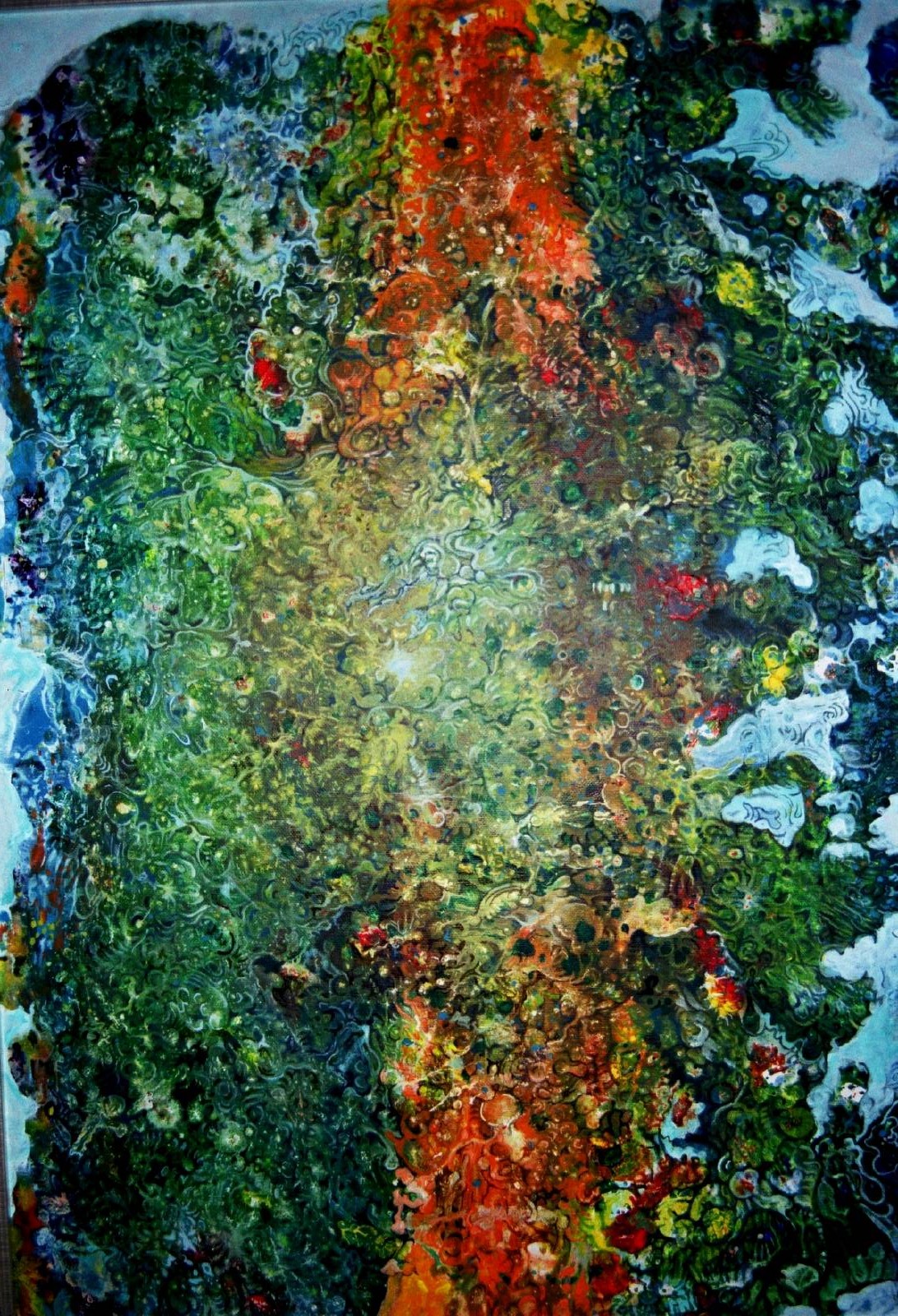 Thank you for be incontact in issue & sense so mucho greatzzzz.....artgenerator

I thank you. I thank you so much for our friendship here on artreview.com. YOUR works are unbelievable stunning, so ace!!! My really big appreciation!

The cream of the crop for you from Berlin