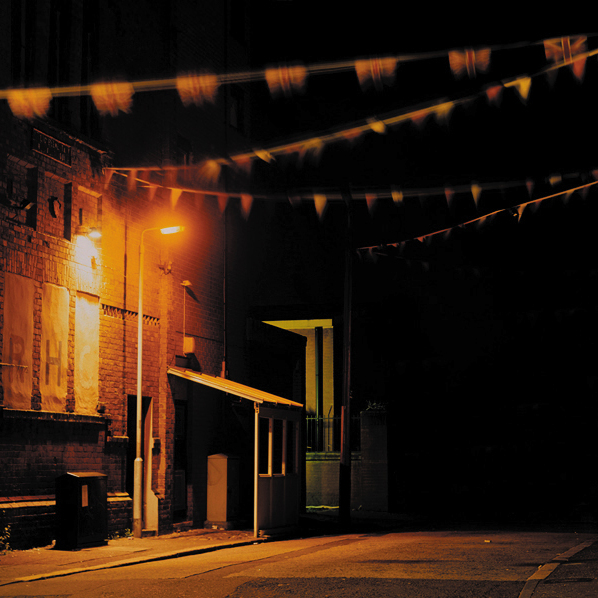 Welcome to the Golden Thread Gallery

We pride ourselves on offering a friendly, open space where everyone is welcome. We are located on Great Patrick Street between the Belfast’s Cultural Cathedral Quarter and the historic Sailor Town areas of the city. For further information about our program and projects visit www.goldenthreadgallery.co.uk or email us at info@gtgallery.co.uk or join us on Facebook or twitter.
Admission is free.

We are fully accessible for wheelchair users, and have an audio T-Loop available.

The Golden Thread Gallery is a company Limited by Guarantee NI 41642 and is accepted as a Charity by the Inland Revenue under reference XR 54731.

What exhibitions are good at the moment?
UNDER COVER OF DARKNESS
Fergus Jordan
6th October – 5th November 2011


Fergus Jordan’s new exhibition ‘Under cover of darkness’ provides the critical distance necessary in order to think about darkness and light in relation to territory and identity. Just as darkness contributes to the sense of fragmentation, division and control of the landscape, the visual composition of these photographs operate by disclosing the minimal amount of information necessary to negotiate the scene. This paradox positions the viewer to read the space through a limited dialogue of darkness and light, one or the other. Mirroring the social dualities of these spaces, a dialectic that sits uncomfortably in the sectarian landscape.
Secondly, the series attempts to open up a channel for critical discussion and further interrogation of these night time spaces. Scrutinizing the sense of dislocation and exposure, presence and absence within the framework of post-conflict society. These situations are carefully orchestrated through digitally manipulating the photographs, permitting the simulation of tension throughout the work. The resulting use of staging becomes highly ambiguous, playful even, positioning darkness and light as both safe and menacing, remaining intentionally suggestive, evoking a succession of endless questions that draws the viewer into a downward spiral of heightened anxiety and paranoia.
ABOUT THE ARTISTS
Fergus Jordan (b.1982) is an artist based in Belfast, Northern Ireland where he is currently completing his Ph D at the University of Ulster. His research examines the representation of the city at night conducted through a practice led, photographic examination of Belfast, Northern Ireland. His work has been exhibited in group shows across the U.K and Ireland, most recently in, ‘The Open West’, Summerfield Gallery Gloucestershire 2011, The Centre for Creative Practices Dublin 2011, and The Hotshoe Gallery London 2011. He is also a recent recipient of the individual arts award grant from the Art’s Council of Northern Ireland in 2011. His work is also held in the Arts Council of Northern Ireland Collection.
ABOUT THE GALLERY
We pride ourselves on offering a friendly, open space where everyone is welcome. For further information about our program and projects visit www.goldenthreadgallery.co.uk or email us at info@gtgallery.co.uk or join us on Facebook or Twitter.
Admission is free. We are fully accessible for wheelchair users, and have an audio T-Loop available. The Golden Thread Gallery is a company Limited by Guarantee NI 41642 and is accepted as a Charity by the Inland Revenue under reference XR 54731. 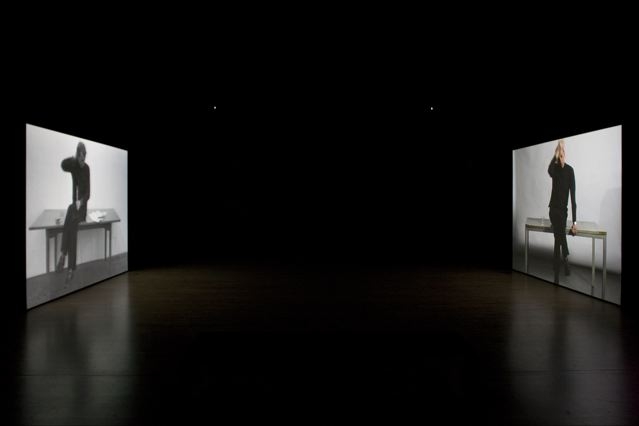 Kevin Atherton’s exhibition at the Golden Thread Gallery Belfast brings together, for the first time in the same space, all three versions of his video journey In Two Minds.
The work, which was originally presented as a two monitor video installation at the Serpentine Gallery in London in 1978, was re-entered by Atherton in 2006 when he produced two additional versions of the work.

Part of a generation that pioneered video and performance art in Britain in the 1970s and early 1980s, Atherton (Manx, b. 1950) has performed a number of pieces that adapt the structure of the press interview or the Q&A session of the artist talk. The work, In Two Minds—Past Version (1978/2006), updates a piece done in 1978 by substituting a new set of answers. In this 2006 version, Atherton responds to the amusingly antagonistic questions posed to him by his twenty-seven-year-old self. The questions are about the work itself and concern the effectiveness of his idea—as well as the effectiveness of idea-based art in general. Frustrated, present-day Atherton not only justifies his intentions in creating a piece based on an internal dialogue, but also explains how the terms of the debate have changed, and how the piece has become more about life than just art. The work reveals not only how video art has technically changed in the interim, but also how the perception of video art has changed over the years, as it has become ubiquitous in contemporary art.

This new audio/visual work, Nagraphobia, was developed from a series of investigations that map the process and effects of recording and dubbing dialogue in cinema and its duplicitous relationship with the image. The work takes references from Alan J. Pakula’s Klute (1971), Jane Fonda’s Radio Hanoi broadcasts and Jean Luc Godard’s Letter To Jane (1972) and examines the authority of the voice through a sequence of disrupted re-mediations of the material.

Allan Hughes is an artist based in Belfast and working out of Orchid Studios. His practice explores psychological relationships and responses to the recorded voice. In particular the voice synchronised to image and its predisposition to conditions of deceit and duplicity. Practicing primarily in video installation, Hughes' works continually renegotiate the extant hegemony within the audio/visual binary, focusing on the role of synchronization and its function as the imaginary object of our desire for a mediated homogeneity, when there is only the inevitable, heterogeneous production of meaning between image and sound. His work makes frequent reference to this heterogeneity in a range of thematic contexts and ultimately examines its impact on a wider vernacular of representation in audio/visual production.

Recent exhibitions of work have been shown at the Irish Museum of Modern Art where he has just completed the Artist’s Residency Programme, Mediations Biennale, Poznan, Poland; UNOACTU, Dresden; Novisibirsk State Art Museum, Russia and the Context Gallery, Derry. His works have also been shown in the London Art Fair; La Sala Naranja Valencia; Ormeau Baths Gallery, Belfast and the Beursschouwburg in Brussels amongst others. Hughes is currently in the final stages of completing his PhD in Fine Art at the University of Ulster. Further information can be found at www.allanhughes.com.

W.O.W is a collaborative extravaganza hatched by the Irish Congress of Trade Union, the Golden Thread Gallery and the Northern Ireland Union Learning Fund to celebrate the essence of May Day and showcase the (often hidden) value of trade union learning initiatives.
W.O.W. is a multi-media narrative in the form of a projection that explores the nature of ‘work’. The projection is directed by up and coming film maker, Lee Stitt who mixes interviews with retired trade unionists with poetry… Continue

MULTIPLE by Catalyst Arts makes a visit to Cathedral Quarter Arts Festival with a freshly stocked pop-up shop and more than a few new arrivals. We’ll be featuring art ‘for sale’ in the form of lo-fi commodities, souvenirs, collectables, posters and paraphernalia by local artists.

﻿Starring: The North Belfast Interface Network, the Forum for Alternative Belfast, Belfast Conflict Resolution Consortium, The Lower Shankill Community Association, Draw Down the Walls, Cliftonville Community Regeneration Forum & the Practice & Participation of Rights Project
Belfast has been scarred by major infrastructure projects carried out over the past 50 years. The Westlink Road and Castle Court Shopping Centre act as physical barriers in our city. A major new road project… Continue

Kevin Atherton’s exhibition at the Golden Thread Gallery Belfast brings together, for the first time in the same space, all three versions of his video journey In Two Minds.
The work, which was originally presented as a two monitor video installation at the Serpentine Gallery in London in 1978, was re-entered by Atherton in 2006 when he produced two additional versions of the… Continue Scopophobia is an exhibition investigating the nature of the city as a personality, like a vast robot, like a wild bushfire, countless faceless buildings tended to by immigrant workers, the advancement of density without apology, the imaginings of a future unknown.

With salutes to Piranesi, Malevich and the… Continue 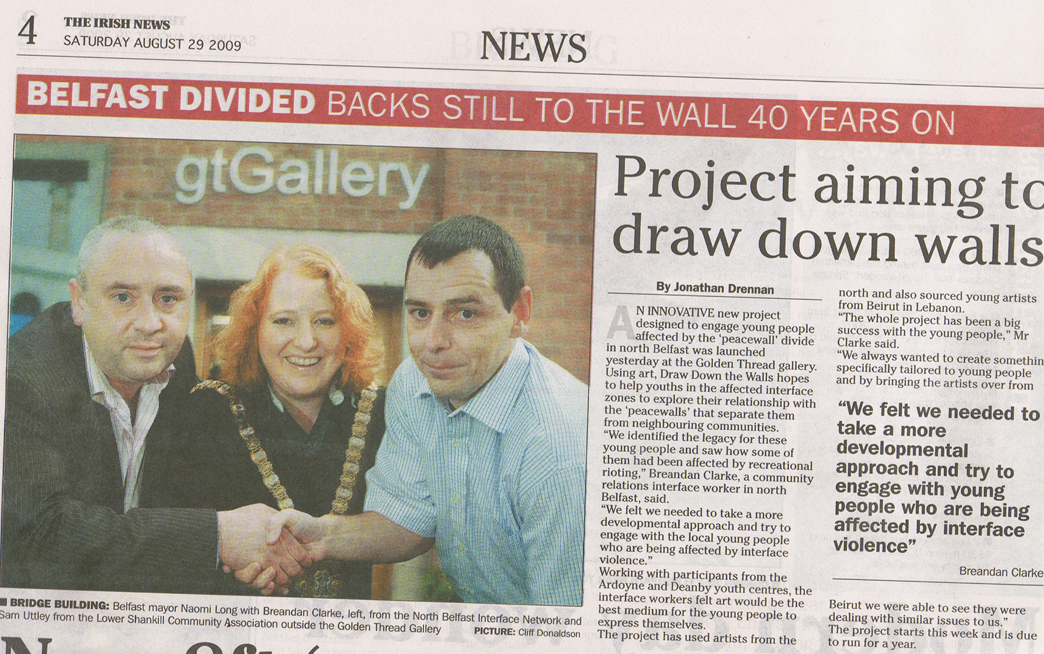 A unique project co-ordinated by local communities and arts organisations and focussing attention on Belfast’s controversial interface walls is due to launch this month.
The ‘Draw Down the Walls’ project, organised by contemporary art space Golden Thread Gallery, in partnership with North Belfast Interface Network, Ardoyne Youth Club and Deanby Youth Club was launched on August 28 bringing delegates on a bus tour of the miles of interface walls… Continue 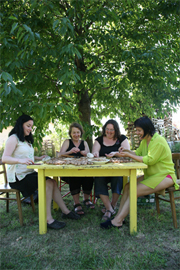 Poshya Kakl, Anne Bean, Vlasta Delimar, Efi Ben-David, Sinead O’Donnell
On the 3rd September the Golden Thread Gallery will launch the Belfast phase of the PAVES project: a collaborative journey that has already taken place in London and Croatia. Sinead O’Donnell, as Belfast’s PAVES artist, will begin an… Continue 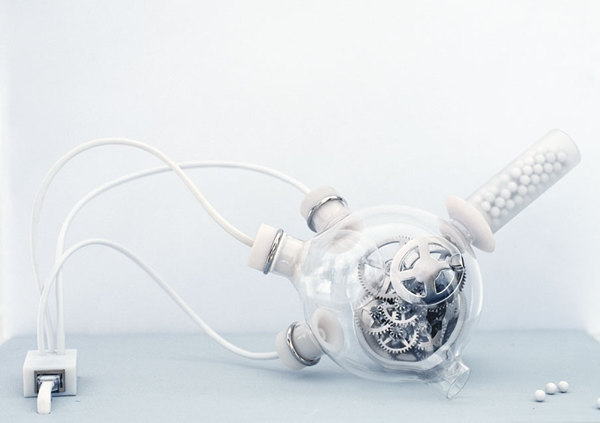 ISEA2009: The Exhibition – one interactive exhibition across three venues:

Thanks for add.
Would be glad to keep in touch with you
All the best
Irina
http://irina-gabiani.livejournal.com/

Welcome to artreview.com. It would be great to see some of your artists' work here, and also read more about your exhibitions program...

Mik Godley said…
I like the quote "Fair Trade for Artists" - great ideals, and you stage interesting and varied shows. Looks like a great model for supporting artists.