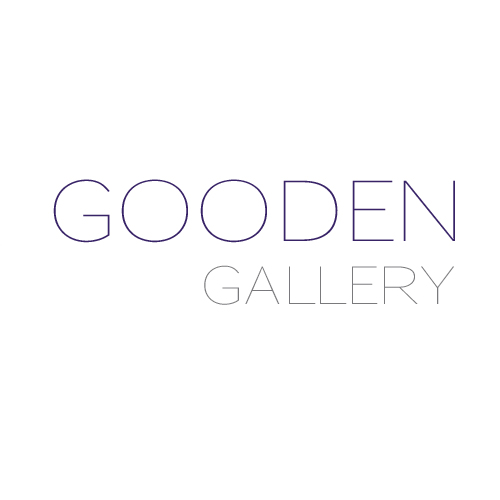 Disputatio  presents seven contemporary painters working with particular modes. The essential aim is to allow the diversity of each mode to flourish, but also facilitate dialogue ‘between’ the works, providing additional sources of influence and cross reference; an interplay that refracts and rebounds meaning around the room.

John Gibbons’ sculptures in this exhibition, have an interesting relationship with the floor. Despite their obvious stillness, they are not rooted as permanent stationary objects. For example, ‘Transition (Monks Song) 2002’ meets the floor with sled-like runners. ‘Breath, 2001’ sits on a trolley with castors, and both pieces imply movement in the same way that a car standing still, tells us everything about its potential for motion. This ‘potential’ is also seen in Nathaniel Rackowe’s low lying piece ‘LP27, 2010’, which hugs the floor, concertina-like; hinting at its capability for lateral expansion and contraction.

The supposed intangibility of space and light and the consequential description of volume rather than mass, is a connecting concern for both artists. Nathaniel Rackowe encloses light, or allows it to emit in organised, particular ways, inside and outside of the work. For example, as it spreads across the floor ‘LP27’ squeezes out bright slithers of light from between its black, corrugated layers. ‘LP22, 2009’, is upright, has slatted wooden sides and a lattice of orange netting. It is the container for a fluorescent bulb, which as an object itself, is presentationally offered diagonally inside the work. Light from the bulb, leaks out from its insufficient container, into the space around it, onto the walls and floor, taking away with it, some of the colour belonging to the container. John Gibbons’ pieces both enclose space and set it free; there is a duality of space that presents us with the dilemma of deciding what is contained, and what is container; what is inside and what is outside.

The Great Masturbator on Holiday

Neil Drabble’s work is sharply conceived; developing ideas through installation, sculpture, text, photography and performance. It is tempting to compare some of his methods and results to those of contemporary satirists and comedians - take Russell Brand’s oblique comments to the U.S. electorate at the MTV awards when urging them to vote for Barack Obama. He said, ‘some people say that you’re not ready for a black president, but I know America to be a free thinking, forward-thinking, liberal country, afterall you’ve had that retarded cowboy fella in the Whitehouse for 8 years.’

Whilst on holiday in Spain this summer, Drabble made a series of temporary sculptures, some were then photographed, to become pieces themselves, and some remained sculptures and were brought home. ‘The Great Masturbator on Holiday’ is a selection of those pieces, which all share three clear assumptions at inception:

On December 2nd 2010 Jeremy Evans participates in our One Night Stand Programme.

'A One Night Stand With...' is a curatorial difference for exploratory projects, performances, screenings, events and site specific installations. We invite an artist to present work of a temporary existence. In the morning it will be gone

Sean Branagan’s work has a hint of the impossible, but nearly graspable about it. He doesn’t describe the world we know - i.e. he doesn’t focus on the scaffolding, in which we communally invest, through language and social order to run our lives - an approach that delivers the comforting satisfaction of affirmation and recognition. Instead he attempts to breach ‘The Real’ [1] – something that differentiates itself from what could be called ‘artificial’ to be more total, but which is certainly discernible from the imaginary and fanciful.

Branagan describes the urge in his studio to hold one end of a ribbon and throw the other end outwards, through and into the work. This is less about creating a navigable bridge between the tangible and intangible (because this assumes a difference, or a journey, that takes you from one thing to another, different thing - the conceptual world of the painting and his own reality) it is more about an orchestration of seeing and feeling the work homogenously, about embracing the idea that perhaps there is no difference, perhaps there is only one thing – ‘The Real’.

[1] According to Jacques Lacan, one must always distinguish between reality (the fantasy world we convince ourselves is the world around us) and the real (a materiality of existence beyond language and thus beyond expressibility). So much are we reliant on our linguistic and social version of "reality" that the eruption of pure materiality (of the real) into our lives is radically disruptive. And yet, the real is the rock against which all of our artificial linguistic and social structures necessarily fail.” See Jacques Lacan: The Four Fundamental Concepts of Psycho-Analysis. Trans. Alan Sheridan. Ed. Jacques-Alain Miller. New York: Norton, 1977

24 SEVEN - 'NierghtravAOnWint’sIf A Teller: a book in 8 chapters and 4 dimensions' / CURATED BY SIMON LEWANDOWSKI

8 artists cumulatively embed their work within the project space window, incorporating or moving aside what is already in the space to develop a series of unfolding chapters each lasting one week and visible 24 hours a day from the street. 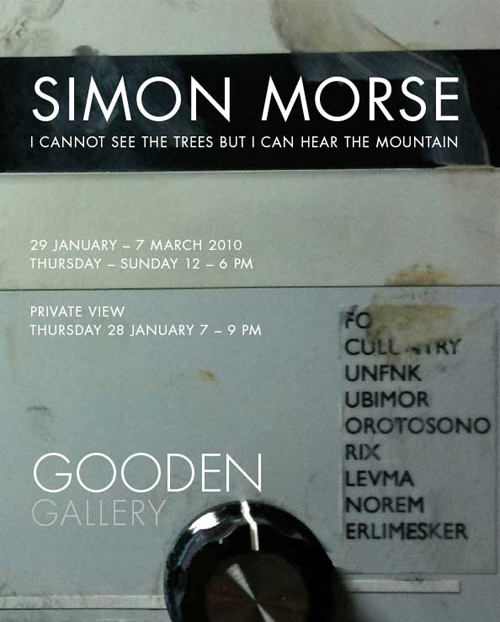 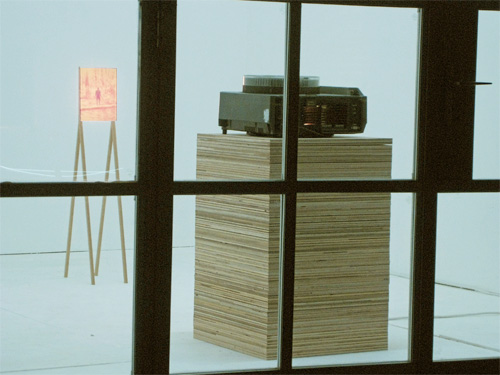 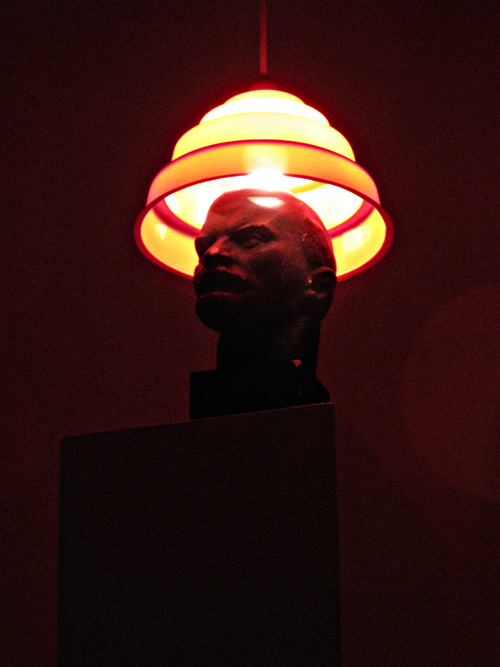 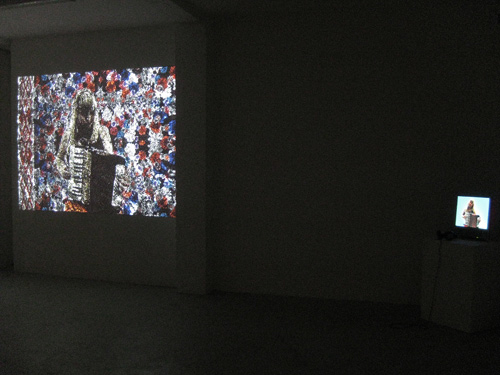 'A One Night Stand With...' is a curatorial difference for exploratory projects, performances, events and site specific installations. We invite an artist to present work of a temporary existence. In the morning it will be gone. On December 3rd Cecile Wesolowski participates with I PLAY BACH - a video performance and screening. Cecile Wesolowski has just completed an A.R.E. Artists Residency in Enschede, Holland. She lives and works in Berlin.

'A One Night Stand With.... Neville Gabie on Thursday Nov 5th 7-9pm 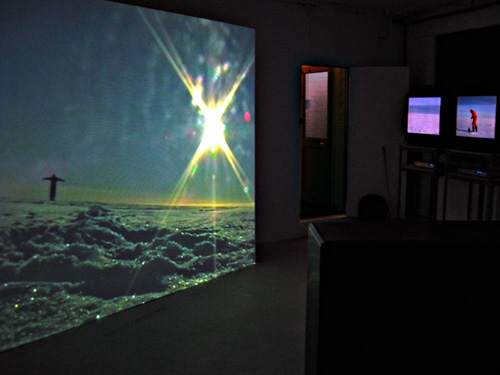 'A One Night Stand With...' is a curatorial difference for exploratory projects, performances, events and site specific installations. We invite an artist to present work of a temporary existence. In the morning it will be gone. Neville Gabie was Artist in Residence with the British Antarctic Survey at Halley Research Station from November 2008 to March 2009. ROUGH CUTS is an experimental, multiple screening of film rushes from the Wedell Sea and Brunt ice shelf. 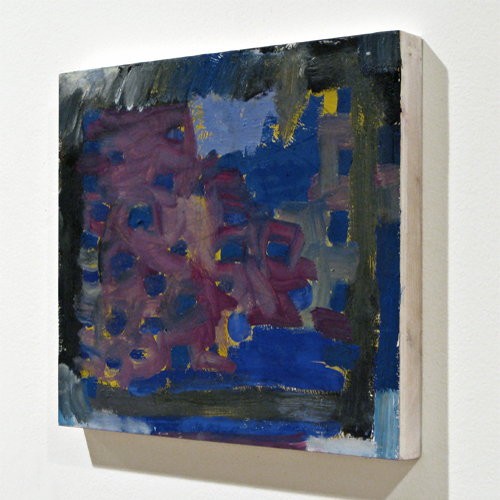 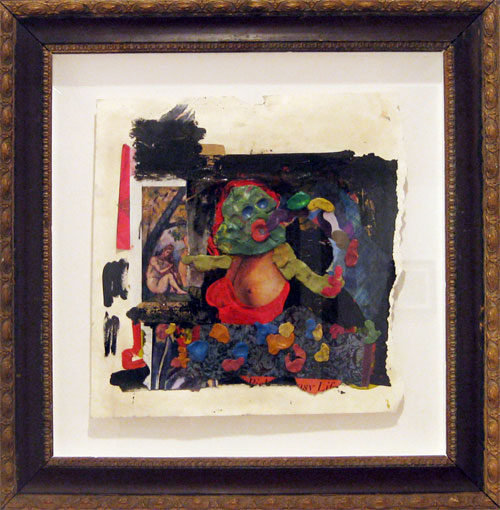 24 SEVEN is a new curators' project space at the front of the gallery. With a street-only window presence and a 24/7 schedule a series of curators will be presenting shows throughout the year. 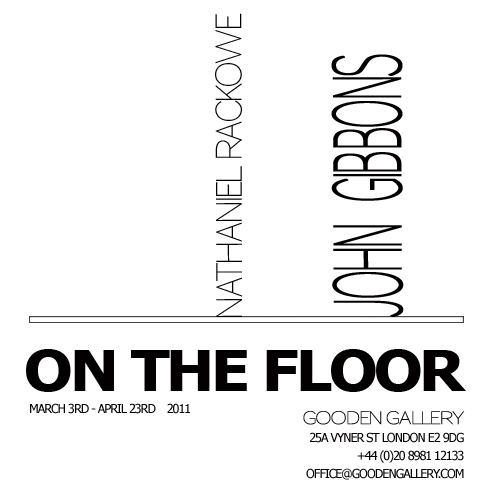