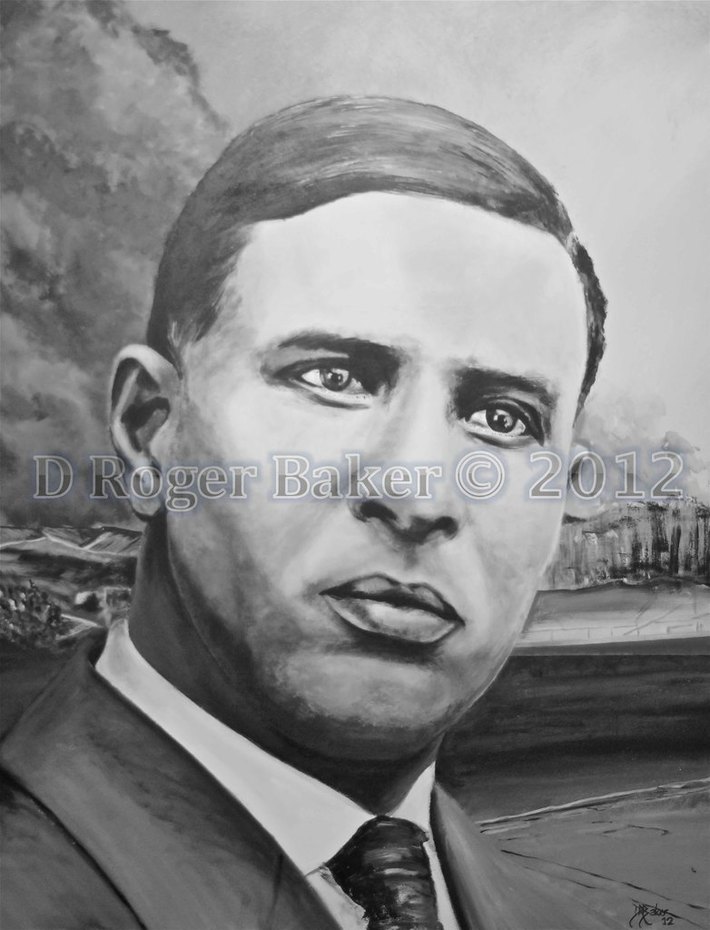 The son of former slaves, Garrett Morgan was born in Paris, Kentucky on March 4, 1877. In 1916, Morgan made national news for using his gas mask he had invented to rescue 32 men trapped during an explosion in an underground tunnel. The Morgan gas mask was later refined for use by U.S. Army during World War I. In 1914, Garrett Morgan was awarded a patent for a Safety Hood and Smoke Protector. Morgan was also one of the first to apply for and acquire a U.S. patent for an inexpensive to produce traffic signal. The patent was granted in 1923.
Acrylic on Canvas 895mm H x 695mm W