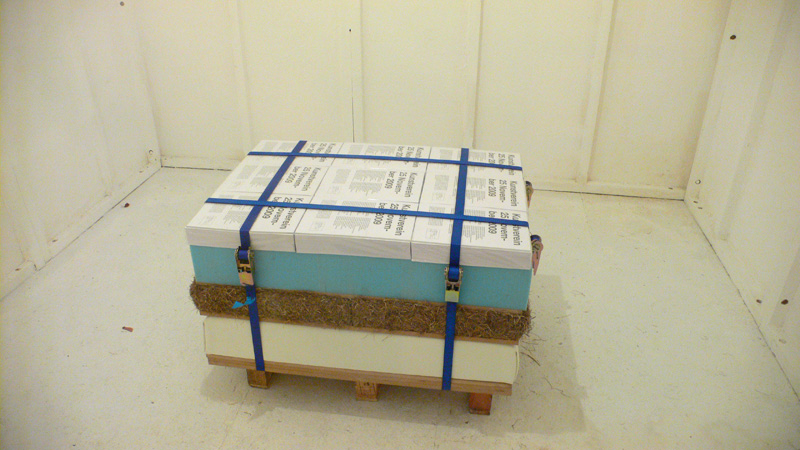 Foundation Stone operates in the ‘flux space’ between certainties. The Kunstverein is a highly provisional space, and Foundation Stone suggests a beginning moment, although it is not clear where this moment lies. This version of the Kunstverein is built on the back of abandoned projects, where any attempt to take these projects forward would result in an artwork of ‘heaviness’. The abandonment of projects is a common theme in Andrew Spackman’s work, where ‘provisionality’ is integral to the process and output. All of these projects are real, in that the ‘intent’ is, and could be, to carry them through to conclusion.

Andrew Spackman’s highly eclectic practice avoids specificity in areas of interest, discipline or formats, actively operating in the uncategorized areas between. He is interested in ‘creating’ spaces and circumstance where the work, and reading of it, operates in the space between certainties. The work is an exploration of the tensions that exist between things. Work that exists on the pivot point or in the flux space between polar opposites. Artist/Audience, lightness/heaviness, process/artifact, democratic/ autocratic, significant/trivial and certainty/uncertainty. The process itself oscillates between control and the accidental in seeking out those edge moments and tipping points.