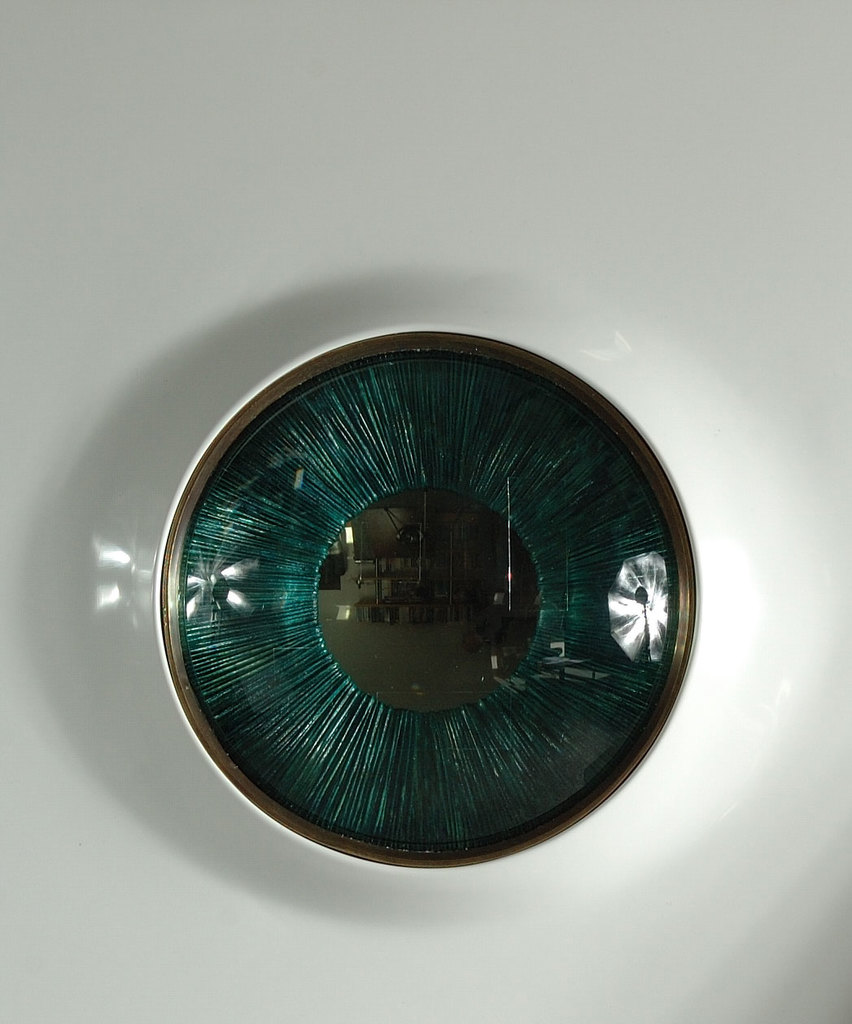 Jeff van Weereld is a contemporary Dutch artist, living and working in Scotland since 1984. A multidisciplinary artist as well as an engineer, Van Weereld received academic training in chemistry and electronics, and spent most of his 'working life designing and manufacturing scientific, optical and geophysical instruments'. At present, Van Weereld is interested in working in metal and describes his work as abstract and symbolic, often carrying some 'message, opinion or memory image.'

For the competition 'Design a Venice Biennale-Themed Cover Image' Van Weereld has produced a photograph of what looks like a mechanical, robot-like looking eyeball. Gazing at the centre of the image, it is as if we are looking through a camera's lens, a peephole or a tunnel, and we are drawn into a private scene - a person's room. The image of the room is upside down, as if  produced with a concave mirror. 4art.com caught up with Van Weereld to find out more:

4art.com: How did the idea for your design come about?

Jeff van Weereld: If you look at a rack with magazines in a shop, you see a large amount of covers with colours and letters, all screaming for attention. In such company a relatively simple design would surely stand out and attract the roaming eye, especially when you see a big eye staring back at you.

4art.com: What does this image/design represent to you?

Jeff van Weereld: The eye is a detail of the wall sculpture Christina I made in 2011. There is an image of Christina on my website, which is www.jeffvanweereld.net.  It records some of the facial features of Christina Aguilera I noted when watching the film Burlesque too often. The optical construction is such that the viewer sees an inverted image of him or herself in the pupil, which is exactly as it happens in the human eye.

4art.com: How does this image relate to the organisation of the Venice Biennale?

Jeff van Weereld: By far the biggest slice of sensory input when experiencing fine art is visual, hence the eye. In a large happening like the Venice Biennale it is of course a matter of looking at art, but also being looked at when looking.

4art.com: If an Encyclopedic Palace of the World existed, "a museum that was meant to house all worldly knowledge, bringing together the greatest discoveries of the human race, from the wheel to the satellite", what do you think the most popular or the most successful artefacts in the museum would be?