You need to be a member of WORLD ART FOUNDATION to add comments! 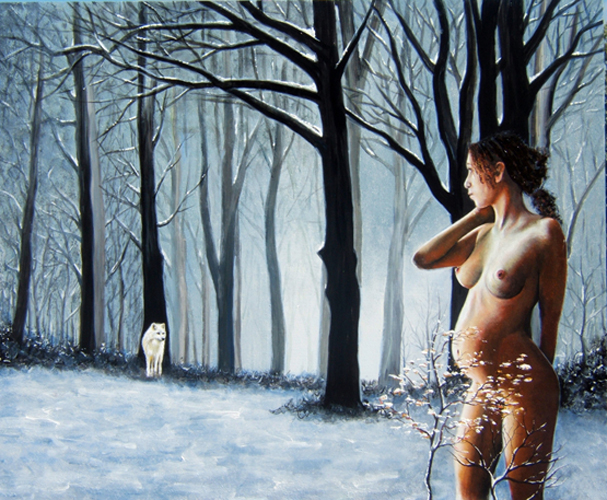 thanks for inviting me, greetings from Mexico! http://mendtorr.com/ 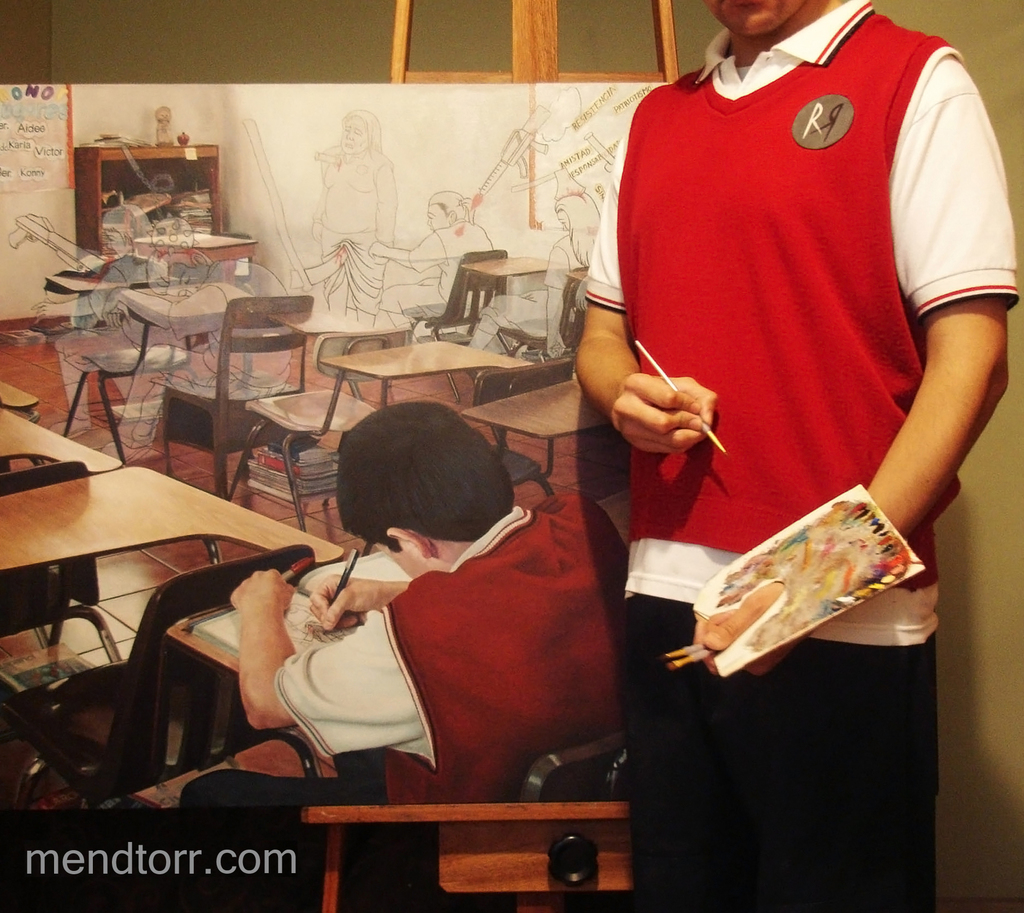 the art of richard boigeol

the art of richard boigeol

http://iamlogansquare.blogspot.com/2012/04/made-in-logan-squarehech...
The exhibition will include graffiti art, photography, graphic art and paintings by CHema Skandal!, Kill Monster Kill, FLASH, and Francisco Rosado. The artists, most of which are longtime residents, all live in Logan Square and are Latino.

The exhibition curator, Francisco Rosado, says that he conceptualized the group show as the Logan Square Dream Artist Union, Inc. after being “inspired by living in this neighborhood as an artist for a decade and never seeing a gallery close by.” Rosado came up with the idea for the exhibition based on his vision of creating a supportive network for neighborhood artists.

“The mostly Latino section of Milwaukee Avenue, where the gallery is located, made me think of using the show as a medium to gather Latino artists of the area to showcase their art, network, and create similar events that could bring together not only artists and art lovers, but the local people that fill the city blocks around the gallery as well. This exhibition is about the need for diversity of perspectives, but also about solidarity, freedom, gathering and love for the arts.” 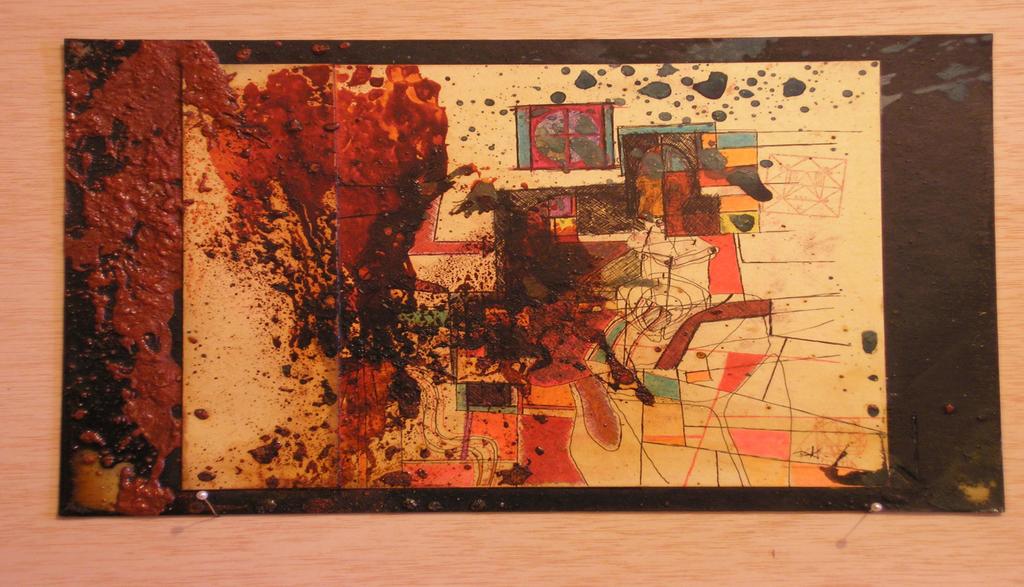 Although the Marengo family was originally in the ship building industry,   today they     Antoine (Andoni) Marengo   Dr. Marengo’s son, Antoine Marengo, dedicated his life to art and literature.   He was a novelist who also wrote an interactive encyclopedia about world   rulers, leaders and generals, from Attila to Zenobia. He was also a painter who   painted mostly church frescoes. He also developed a shorter version of   shorthand. He married Maria Zarghanis, daughter of a Greek politician from   Syros, Greece, and had six children. The three sons all entered the beauty   industry.

The Marengo Brothers   The Marengo Brothers – Jojo,   Jean Claude and Antoine – are cosmetologists,   estheticians, designers, authors and publishers. They were marketed in Europe   as the image-makers of royalty. They arrived in the United States with Queen   Fredericka of Greece. Jojo accepted an offer from Saks Fifth Avenue in New   York City to take on the position of artistic director. Saks built Jojo his   own private styling suite where he received Diane Vreeland, then senior   editor of Vogue, The Duchess of Windsor, Mrs. Senator Jacob Javits, Princess   Pignatelli and other women leaders of the time. Antoine accepted the position   of artistic director for Elizabeth Arden on Fifth Avenue and Jean Claude   replaced Kenneth at Lilli Dache, the famed millinery designer.     Together and simultaneously, the three brothers were the art directors of the   three most famous fashion names in the country. Leaving New York for Beverly   Hills, Jojo and his brothers were soon recognized as the originators of what   is known today as the “Day Spa.” The Marengo Institute in Beverly Hills was   the first establishment in the United States that offered services never   before available in one facility. Built in 1965, the spa consisted of a skin   care center, body rejuvenation division, self-realization department, implantation   facility, yoga studio and hair salon. Their clientele consisted of the who’s   who in the social scene and the movie industry.

Although the Marengo family was originally in the ship building industry,   today they are headed towards the medical spa industry. “In the 16th and 17th   centuries, the Marengo family was in the shipbuilding industry in Venice,”   says Jojo Marengo, who is the historian of the family. “At the end of the   17th century they extended their commerce to Syros in Greece and Marseilles   in France, two important shipbuilding centers in the Mediterranean at the   time. Today, the   Marengos still maintain contact with various branches of the family all over   the world.

Dr. Jean Marengo (1841-1917) was the nephew of Archbishop Yanni   Marengo and Grandfather of Jojo Marengo. A physician and diplomat, Dr.   Marengo was the representative of French government to the Ottoman court of   Sultan Abdul Hamid. The Ottoman kingdom was one of the most powerful empires   for the previous four hundred years, and Sultan Abdul Hamid ruled an empire   that stretched from the Danube River in Austria to Yemen at the edge of the   Arabic peninsula. During his numerous trips in the Empire, Dr. Marengo   collected many eastern remedies and exotic preparations that have unique   healing characteristics. He shared his vast knowledge and collections with   his colleague Dr. Louis Pasteur. “In fact, in the Pasteur Museum today there   is an Ottoman carpet that that has the inscription ‘Gift from Dr. Jean   Marengo to his friend Louis Pasteur’,” states Jojo.

Archbishop Yanni Marengo (reprinted From The Catholic Encyclopedia)   “The Catholic hierarchy in Greece took hold with the Archdiocese of Athens,   established in1875, when Bishop Yanni Marengo of Syros (pronounced in Greek   Marangos also Giovanni in some Italian documents) took up his seat there, in   spite of the protest of the Government. King Otho of Bavaria, the first king   of regenerated Greece, was a Catholic. In his reign the Catholics were few.   But arrangements were made that the Catholics could have a place of worship   wherever they existed in sufficient numbers. After Athens became the seat of   government, in 1834, an abandoned Turkish mosque was given to the Catholics   as a place of worship. After the lapse of some years, in 1875, archbishopric   was established in Athens. The first Archbishop to occupy this See was Yanni   Marengo followed by archbishops, Zaffino, De Angelis, and Delendas. Marengo   was born in the Aegean Island of Syros.