Works on paper , drawing and painting

This group does not have any discussions yet.

You need to be a member of works on paper to add comments!

Nice to meet you all, nice to look at works on paper. I like to work on Paper.

Title:- "Crazy Clown Time" from the series - "All The Fun Of The Circus" 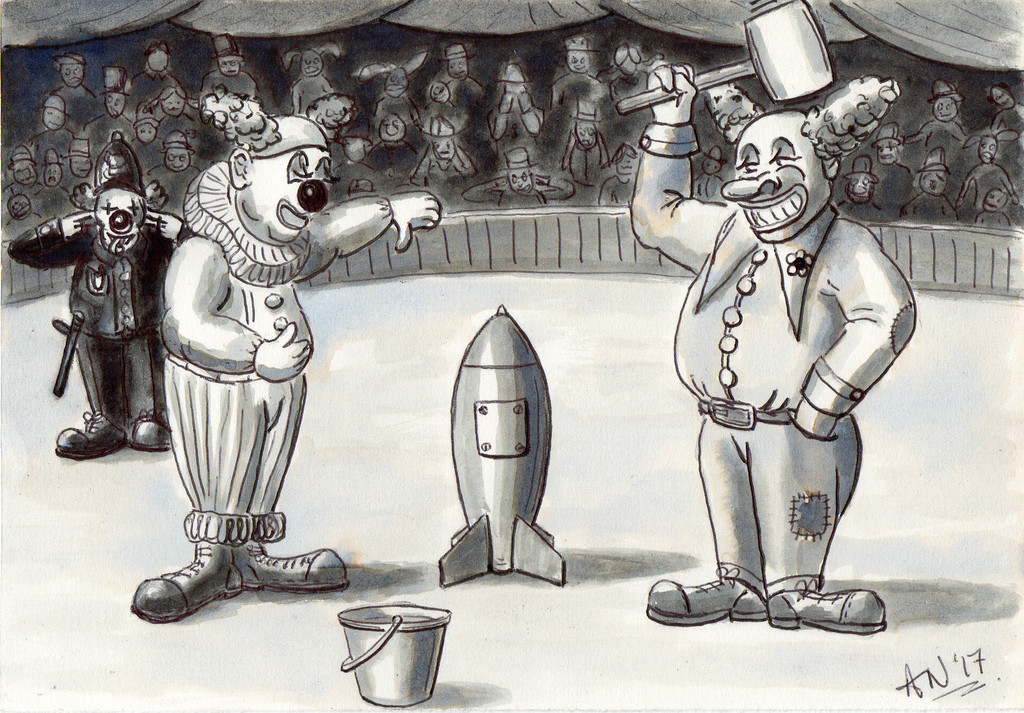 Title:- "To Build A Home", Mixed Media on Card. 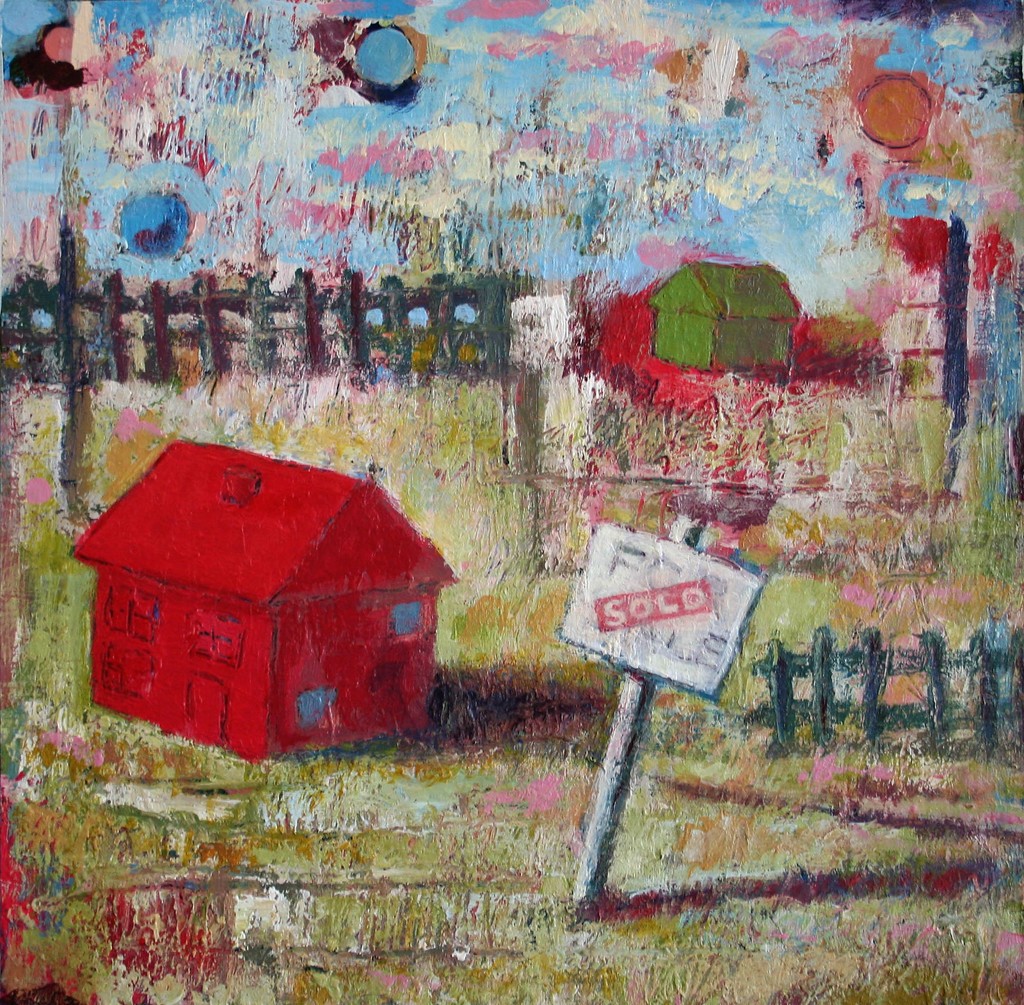 Title:- "After The Separation" from the series, Happy Families and Ideal Homes. Pen & Ink on Paper. 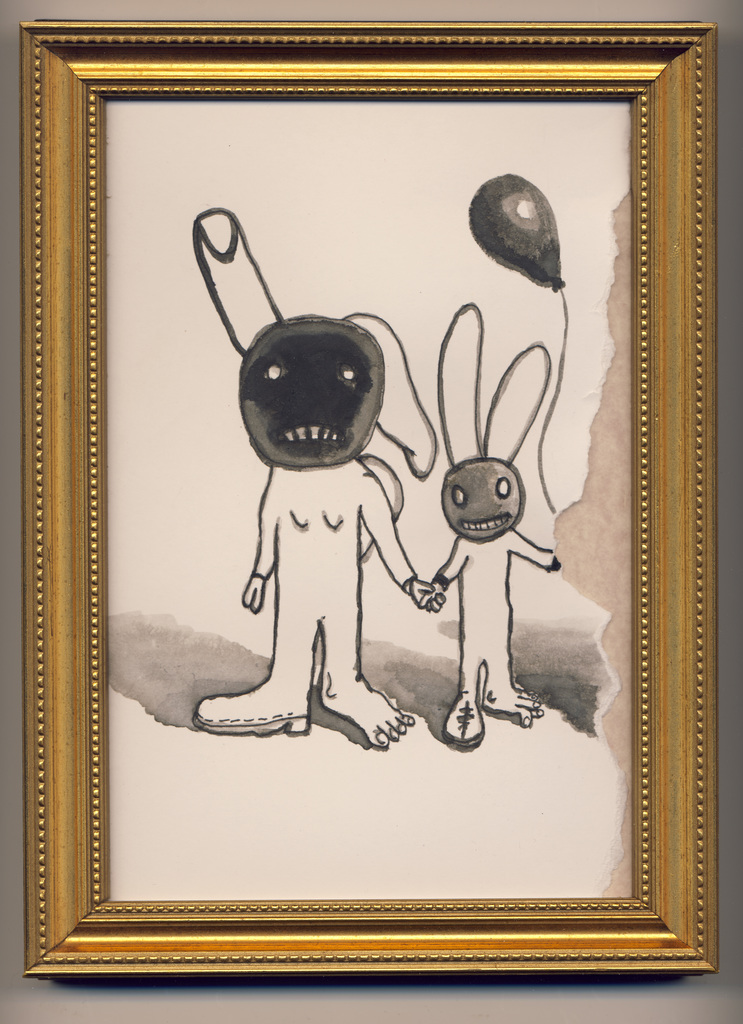 From the series, "Happy Families and Ideal Homes". Work on Paper. 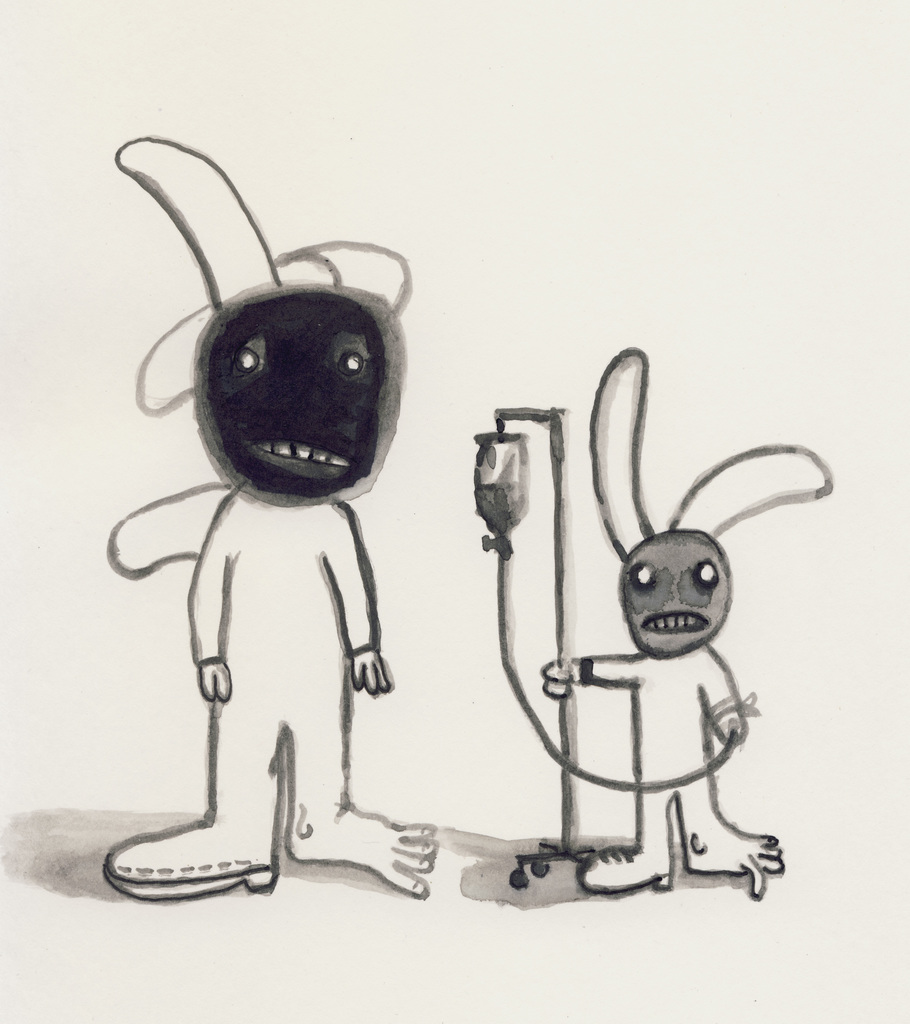 From the Series:- "Happy Families and Ideal Homes". 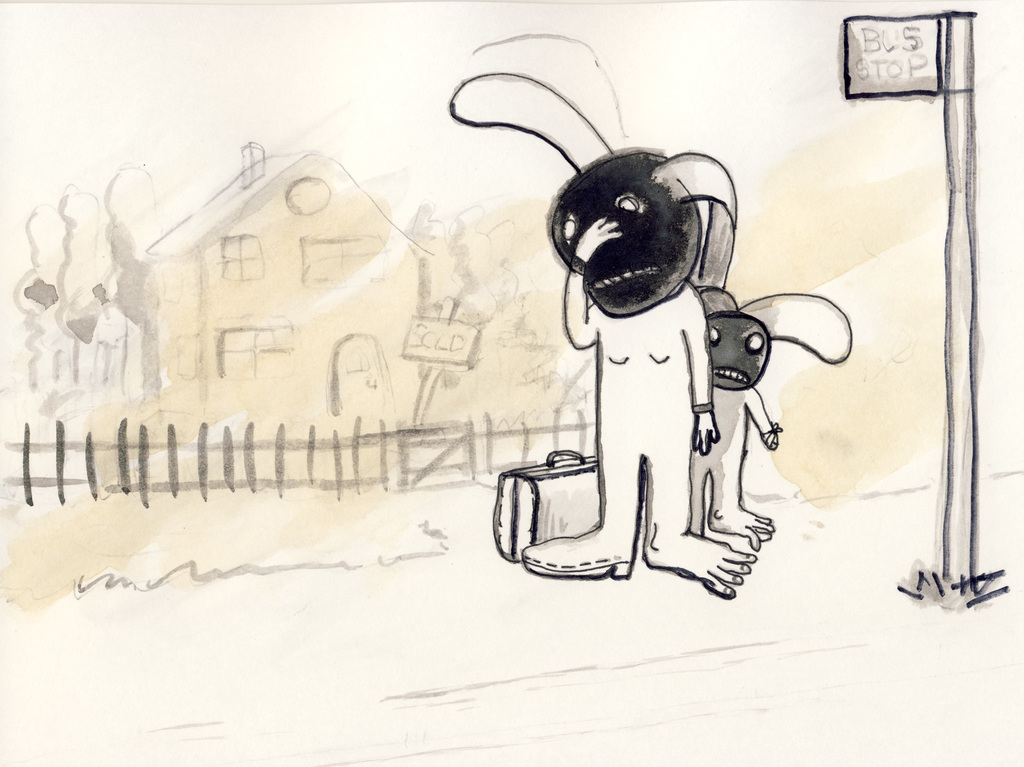 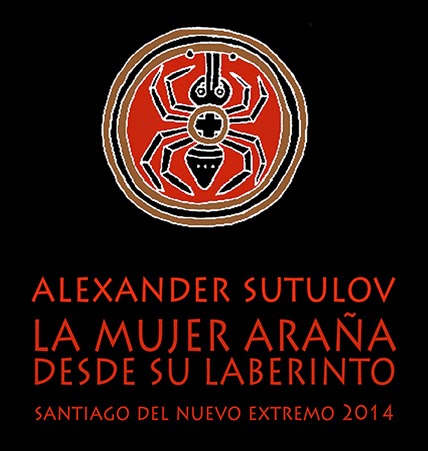 From the world where ideas are been knitted,

we invite you in how art and design

conjugate in a unique and unrepeatable experience With the forest’s magic

Artist Alexander Sutulov proposal captivates for his unique capability to merge natures spirit with traditional techniques, as much as digital ones; to the point of achieving sublime works of art which pursue to embrace in such a way they become the observer’s scenery. 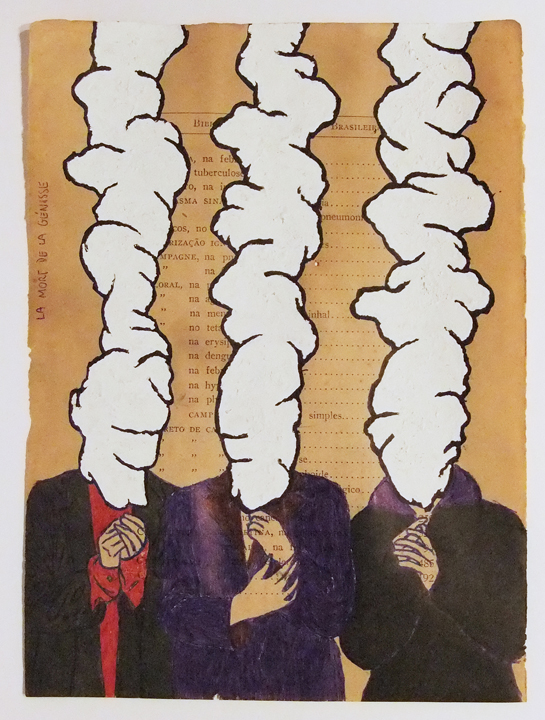 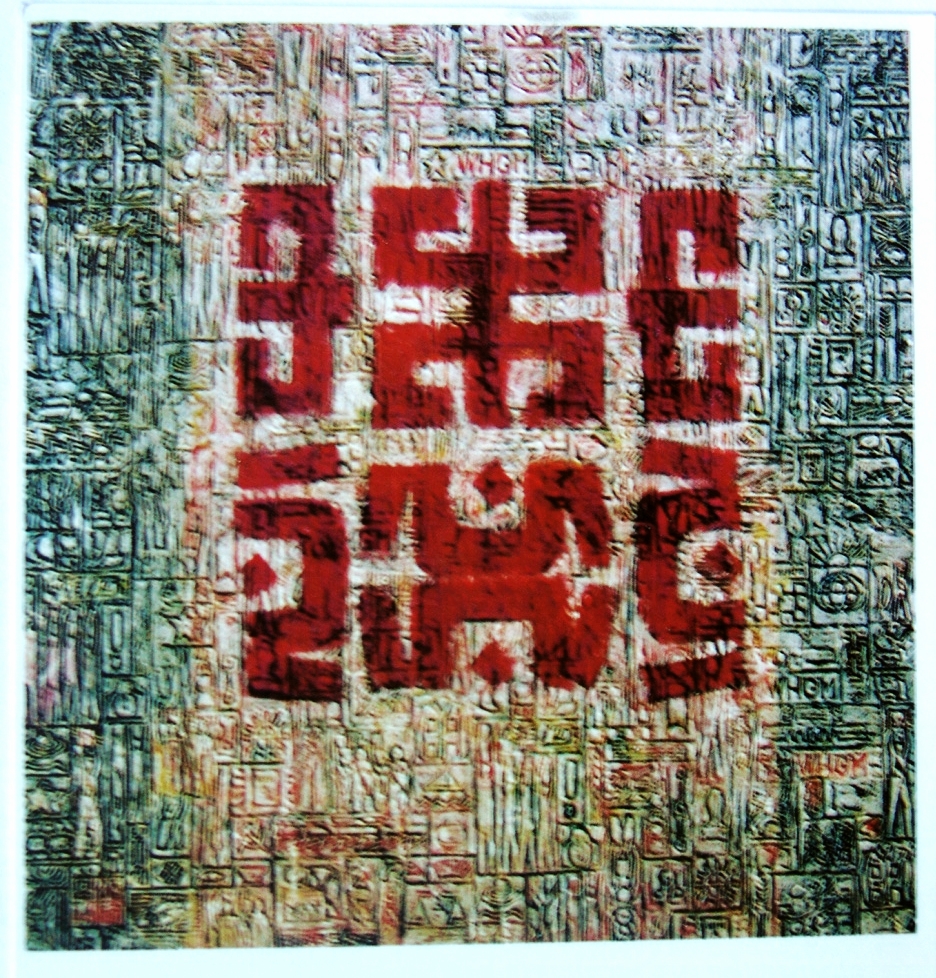 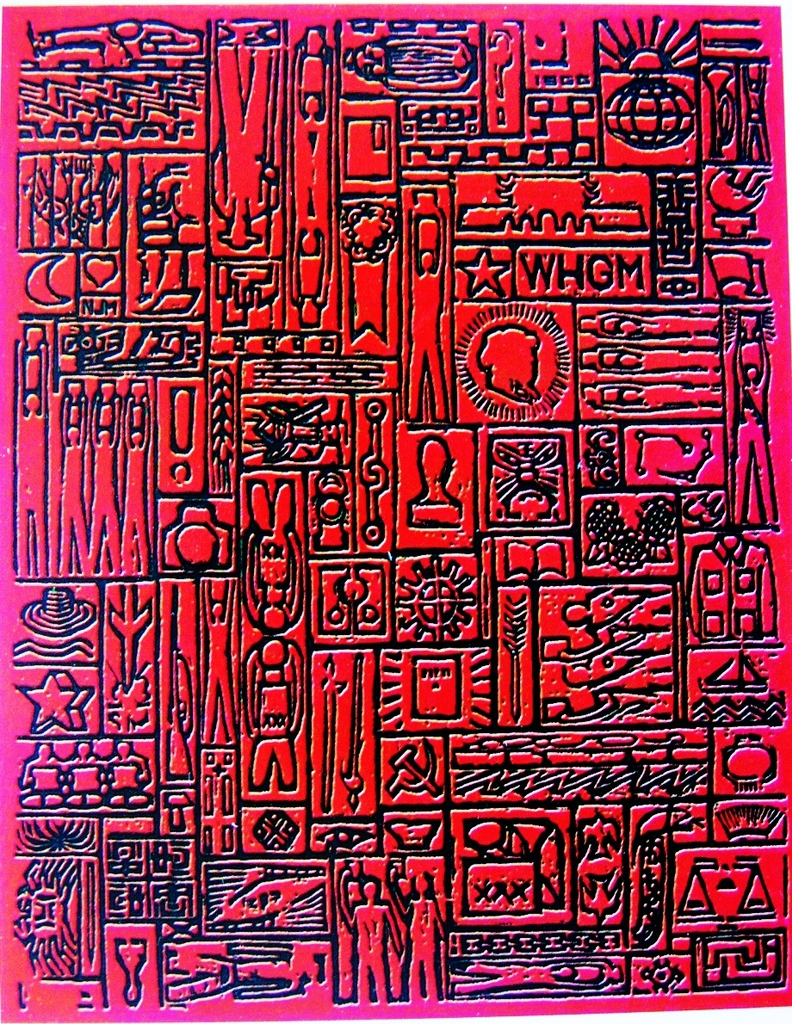 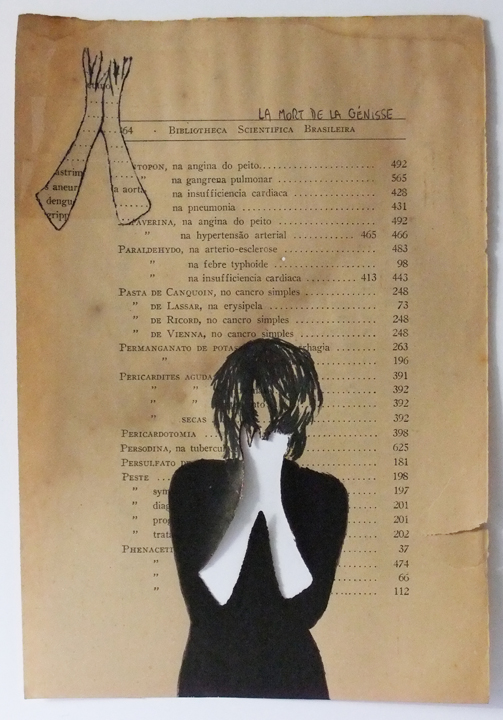 When I ask a client if they have a work of art:How do they realize it’s an actual artwork?Answers can be of the most varied, in part because they identified with what the work transmits masterfully, like the color of a landscape. You will also discover more pragmatic approaches which are understood as the works added value being the reflection of an intrinsic value associated to genuine artistic value beyond personal taste.All answers are valid, particularly when it comes to personal perceptions which establish empathy in time with a growing and enriching artistic expression. Nevertheless, my answer is that there is something beyond the above which relates with the artwork transcendence. In other words, when an artistic manifestation in the form of a painting, sculpture or print appropriates a space and the spectator incorporates such experience, never again that person will be the same one before…Perplex to my observation, their immediate reply is why? Something to which I respond that the usual praxis is the habit of observing artworks is through the appreciation of its formal elements in line of its objectivity, but when an authentic work of art transcends within the spectator, it’s because its message is beyond formality.Thus, it’s the moment when a work of art begins to observe back at you!

Understanding the generic definition of painting as a coloured drawing, digital painting in contrast to all form of traditional painting can be characterized in two singular aspects. The first one, taken from the model of indirect method, establishes a particular process of additive and subtractive relationships through the superimposition and interaction of multiple layers subject not only to the phenomena of reflected light, such is the case of traditional veil painting, but also projected light. On the other hand, the aleatoric nature of digital process involves by definition, the use of second generation image. This fusion of a pictorial work through a concept of indirect method and graphic work through the use of second generation images opens a new field of visual exploration where its versatility has predetermined in the last decades, a creative pool of exponential growth.
The images above illustrate a basic methodology of how to begin understanding the fundamentals of digital painting as an image building process. In its initial phase, the artist has created a series of mixed media drawings on polycarbonate film specially formulated to be receptive to a wide range of drawing materials such as: graphite, charcoal, prisma color, rubbing ink, India ink, Tusche ink, litho crayon and any form of pigment and vehicle which reacts to the hydroscopic qualities inherent to the granulation of the mentioned substrate.    The monochromatic images or original drawings on the top left have been divided in two genres. The first two columns are washes where depending on the viscosity of its vehicle, the pigment will reticulate in different patterns. From the old traditions of continuous tone lithography, Tusche ink (high density pigment ink) has been the trademark of many artists in how to achieve various forms of textures and tectonic qualities. The same way we can observe above, the difference between a lacquer thinner wash and turpentine wash with alcohol applications. In contrast, the right hand columns exemplify subtractive techniques with charcoal drawing and #1-#7calibrated litho crayon halftone drawing.
In the lower portion, we observe the same drawings which have been digitalized in quadtone modality where the artist assigns to each channel a specific chromatic and tonal value. Understanding the nature of digital work with millions of colours the possibilities are infinite. In order to schematize the process, the artist divides tonal scale in four areas, shadows or low tones, lower halftones, higher halftones and highlights. By curvature effect each tonal area of the image is assigned to a specific value. In this preliminary stage of digital colorations, the artist’s decisions are somehow predetermined by the additive and subtractive relationships which will take place later on.
The final image on the right hand side or B.A.T., abbreviation taken from the French expression: “bon-à-tirer” meaning: “right to print” is an example when all four drawings have been superimposed and interacted by layers. The multiple relationships of layer interaction which can be established in addition to the use of mask, filters and tonal modulation constitutes the true potential creativity inherent to the use of second generation images.

GASCO Energy Sculpture / Santiago, Chile 2000:In
virtue of GASCO corporate building remodeling located at Santo Domingo
Street Nº 1061 at the hands of Izquierdo Lehmann Architects back in
1999, the company’s board commissioned a sculpture allusive to the
energy by man in his quest to survival.The
river stone bed is a metaphor to the energy contained by Earth’s
natural resources, the steel legs are man’s intervention and the marble
sphere represents pure energy.

TERRITORIA 3000 Cultural Project / Santiago, Chile 2006:In
virtue of new business centers realized for Santiago as a future
financial capital in Latin America, Territoria real-estate commissioned
project proposal which contemplated the buildings cultural impact
amongst its neighboring edifications projected in front of Peru Square,
known as Territoria 3.000.The
project proposal contemplated 8 double sided free hanging murals where
each module was 9.60 mt in height and 4.80 mt across. Outside the
building’s perimeter, 8 sculptures were projected with 4 in the
buildings front façade and 4 totemic figures in its east side courtyard.

Chile Borderland / Philippi Museum / Valdivia, Chile 2008The
works which are part of the Museum Philippi collection correspond to
morphological studies of Chilean landscape titled “Chile Borderland”.
The specific artist interest to exhibit at a regional natural history
museum was the possibility of creating an event to promote and amplify
the country’s identity.

Spirits of the Mind Mural / Santiago College / Santiago, Chile 2012:With
the moving of Santiago College School to its new campus at Los
Trapenses, it became imperative the creation of an allegoric artwork
capable of captivating the alma mater of the original school campus. For
these purpose a large scale mural was thought-out to be installed at
the new Dining Hall. The iconographic proposal was based on an
architectural survey of the old campus combined with a landscape
morphological study of the new campus location at La Dehesa Valley whose
distinctive landmark is the Manquehue Hill.
The
above is closely related to Guillermo Rosende’s master plan, the school
design architect where the orientation and shape of more than 10
buildings which constitute the new campus, are in relation and
proportion to the surrounding landscape.

The Andes: Vertical Column of America / Santiago, Chile 2010Part of the artist studio informative work at a public level, is the creation of exhibiting projects which allow contextualizing the artwork within different spaces accessible to the urban pedestrian. The above includes installations which in the case of the work in reference, it was realized with the collaboration of Chilean artist, Hugo Marín.

Franco Ballotta Design Project / Parque Arauco, Santiago, ChileOne
of the main challenges with Franco Ballotta men’s store was to discover
a unifying element between the design of menswear tradition and a
historical past whose distinctive trademark was Italian design clothes.
The main icon was a mural with the equestrian portrait of Marcus
Aurelius the Roman governor, Pompey. So much the store’s front window,
exhibition furniture and store logo were all based on Roman Republican
funeral architecture.

Saint George Mural Project, Isidora Building 1999:
Equestrian
apology where central image corresponds to s XIII Novgorod’s Saint
George flanked by Marcus Aurelius triumphant entries and Durer
anatomical equestrian studies. In the upper section in the form of a
continuous frieze, the general composition is crowned by a procession of
Teutonic Knights.Together
with the mural, Bolivian Mahogany hardwood board of director’s chair
was designed, the same wood utilized for the mural’s framework.

Casa Irina Mural Project / Curaumilla, Chile 2008The work in collaboration with architects, designers, landscapers, etc. is a crucial aspect in order to conceive large format work for residential or more private spaces. In the case of Casa Irina, the project was realized in coordination with the owner; architect Andrés Zauschkevich, where the house’s landscape morphological surrounding had an important role in the design of the mural. The image was worked in 12 different stages, being the latter one use as the final image for the mural.

El Golf & Nueva Las Condes district office remodellingUnderstanding
the new quality standards in the real state sector characterized by
Class A buildings, the mounting and emplacement of artwork have an added
value at the moment of implementing exclusive designs different from
more conventional framing. Amongst the different challenges, none
polycarbonate or glass protection frames were made with large format
prints. The main objective was to emphasize the velvety surface inherent
to Intaglio.The
new proposal for office space is in coordination with Iván Ojeda from
FIC Constructions whose clientele is characterized by the office space
in reference.

Atelier Alexander Sutulov Limited EditionsSmall format serial work together with serial work on paper in general, is subject to a more intimate approach from the spectator’s perspective. The more delicate character associated to printmaking halftones for example, makes graphic work highly descriptive. The artist studio not only emphasizes on the above, but also, all curatorial work regarding edition printing, anywhere from its documentation like the emission of authenticity certificates describing the works genesis all the way to its final presentation with elegant artist design portfolios.

Atelier Alexander Sutulov Editorial ProjectsTaking into account the studio’s graphic work, editorial projects designed by the artist are a complement where additionally an iconographic research work is developed which speaks of for example, the richness of different historical periods in the world of art. That’s how in the book devoted to the cult of the Sacred Heart, author María Loreto Marín Estevez: “A Spring of Love & Mercy: The Heart of Christ”, is a compendium of more than 500 color pages where not only historical Christian Art iconography is being rescued, but also, they are being visually contextualize in accordance to the book’s conceptual overview.