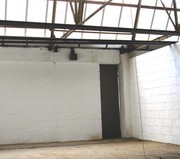 A group in which to publicise available art studios in London, get info on whats out there, price ranges, contact details etc. For anyone looking for, or wanting to rent a studio space. :-)

You need to be a member of London Art Studios to add comments! EXHIBITS  HER ARTWORKS  AT:

“YOUR PRESENCE  WILL BE GREATLY APPRECIATED”

GZ-ART / BASEL is an international exhibition of contemporary art organized and curated by GaleriaZero.

In this show you may find innovative work from emerging and more recognized artists.

Collectors and other visitors may find in this event

new works to discover and pieces of more recognized artists.

Thank you for visiting us!

If you are in Basel from 13 to 17 June 2012, do not forget, besides Art Basel, to visit the space of GaleriaZero with the international show of contemporary art GZ-ART / BASEL

You may expect innovative art of high quality from emerging and more recognized international artists . Besides painting, you may find photography, digital art, video-art and sculpture.

* As well collectors as other visitors can find here friendly priced works as well master pieces.

Looking forward to meet you soon!

"Who said that dreamlands do not represent real destinations? On the contrary. Each drop of the red , blue and gold colours,can make anyone travel to places of untold beauty. Not anyone , but the one who chooses to be tied to the mast, in order to hear the divine, harmony to taste the seducing saltiness,to see with the eyes of his soul. Through the flowing outlines of Evi Photopoulos, one may discover the

possibilities to approach another reality, half inside and half outside of what is called everyday life, which functions like a reminder of the dream we eventually secured with nails on an,indifferent background, but which encloses our innocent child images and our decisions when we were young.Through her work Evi, proposes us to hear again these forgotten voices.

EVI'S Art describes Man's journey on Earth through his Life is built on "Dream Colours", the journey of the everyday, strong Man who is aware of his flaws and weaknesses, who confronts his fears, who has goals and visions and who finally break his chains, striving to realize his Dreams.
"Dream Colours" are a wish and at the same time a Prayer for the uniqueness of Life.

They define the colourful mosaic of Ideals and aim for the ideal shape of the "Beautiful and Sublime", they follow the binary flights of Freedom and finally try to reveal the unique and magnificent quintessence of Immortality through the fragile Human Faith for Tomorrow.
To see abstracts from Evi Photopoulos' work on-line, please visit: www.2evi.gr

"EROS has the sense of an enigma not because of its subconscious but because of its unresolved nature. Whoever "touches" this enigma enchants us and thus a gradual surrender of ourselves starts, allowing the revelation of the enigma around Eros". PLATO

"In Cosmogony, Eros was born first, even from Chaos.

Then ,Moirai were born and then gods.

Gods may dominate man, but are unable to overcome man's fate. Moirai have to obey Eros since he is the first child born.

Luckily for me, Moirai made a promise that I should get involved in something that Eros made me love. Until now, I have been blessed with doing whatever I wanted;

I am in love with my occupation. I do whatever pleases me, whatever gives me the joy of life. I paint.

I walk and feel the breeze..."

The artist wonders what the distance between madness and love is.

And if soul has its own settings, which is its second planet?

EVI PHOTOPOULOS, deeply influenced by Hesiod's Theogony in relation to love, through her works notes a substantial difference between the Greek and the Shakespearean tragedies.

Greek tragedies present Moira as the protagonist, with whom human intentions collide, while Shakespearean tragedies' protagonist is Madness that obscures the mind of Lear, Hamlet, Macbeth and Othello.

It is a Madness in various forms, with or without a method in its deliria, but always a madness that when it is not found on the paths of power, goes around the most private paths, although not less heartbreaking ones, of the madness of love.

AS  AN AWARDED BIENNALE ARTIST

WILL  EXHIBIT HER ARTWORKS

AMONG  40  INTERNATIONAL ARTISTS AT:

instantaneous depiction characterizing the works of the collection,

paintings. Such instantaneous depiction is

destined to last forever, not solely because it aims to capture the

memory and the gaze of the artist. Thus most of the works are

representational or anthropomorphic; they depict faces  in

time or compromising with it, through art that is presented in this 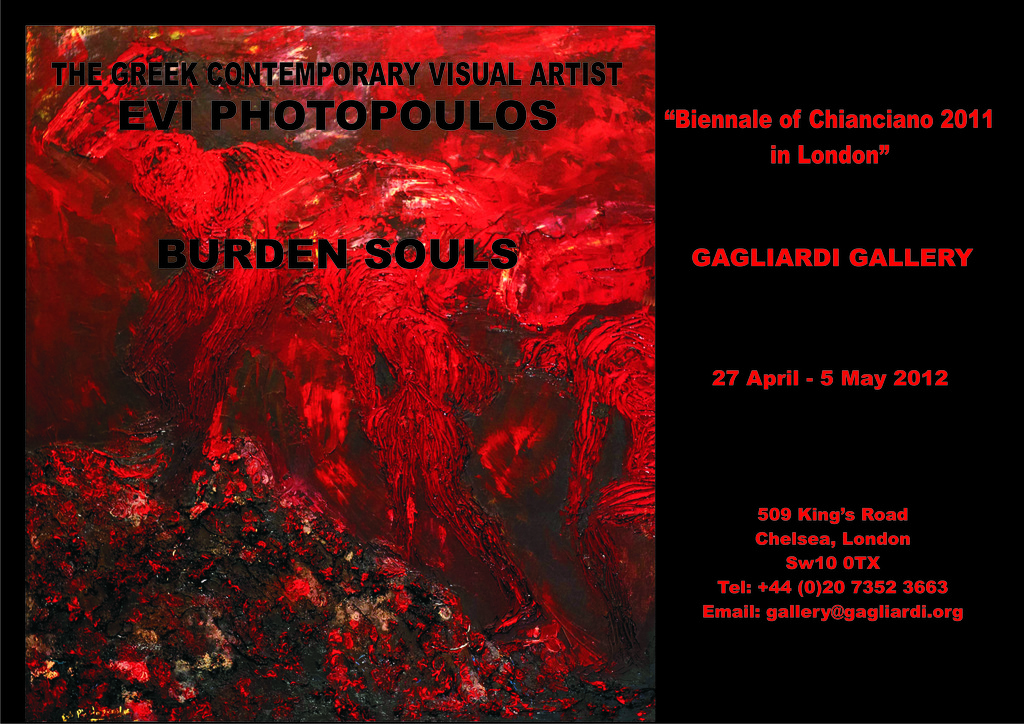