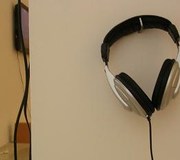 A group for artists and art lovers interested in audiovisual / sound art.

How many of us are on SoundCloud?

You need to be a member of Audio Visual / Sound Art to add comments!

Endlessssssss a exercise in sound, not sure if you came across my work on CS or some other source, anyway Endlessssssss is no more (some may say thank god).

A limited edition of 8 CDs will be compiled of tracks from CS exercise as well as unheard tracks. Each CD will have its own art work. The CDs will be placed within books scattered across the Glasgow library network, in support of libraries and the written word ( if the libraries still exist). This process encompasses the realities of wabi sabi in that nothing lasts, nothing is finished and nothing is perfect.

If you do stumble across one of the CDs play it then place it back, discovery is always an interesting factor. I would love to see some ones face after stumbling across "Death of Bling" in 20 yrs time. Whatever, cheers.

Geneva University of Art and Design

Seeing Sound is a thirty year overview of this internationally renowned sound and multimedia artist’s career. The exhibition is co-presented by the DMG and:

The DMG will be exhibiting five major works by Monahan, including the DMG’s first-ever outdoor installation. In A Piano Listening to Itself (2011), piano wire stretches from the rooftop of a building to a piano situated on the ground. The wires are moved by the wind and amplified by the piano’s soundboard. Subtle changes in the wind impact the harmonic content of the sound, blurring the line between naturally and electronically produced music. Music From Nowhere (1989) fills the gallery space with speaker cabinets in which the loudspeakers have been replaced with mechanical sound-producing sculptures. The result is a concrete composition that cleverly plays with notions of high and low fidelity, the possibilities of acoustical illusion, and the sonic history embodied in every loudspeaker cabinet. Other works to be exhibited at the DMG include Theremin Pendulum (2008), in which a flexible theremin antenna is mechanized to swing as a chaotic pendulum, causing changes in pitch in relation to its motion, and Piano Airlift (2006), an earlier Aeolian Piano piece developed with celebrated photographer Thaddeus Hollownia.

The exhibition will be accompanied by a major trilingual (English/French/German) monograph, marking the first time a Canadian sound artist will be examined in the historical context of national and international sound art. The publication will include essays by Gabriele Knapstein (curator at Hamburger Bahnhof Museum of Contemporary Art, Berlin) and Earl Miller (Toronto-based writer/curator).

Musician and multimedia artist Gordon Monahan has created works ranging from piano compositions to sound installations. Since 1978, he has performed and exhibited at numerous performance spaces, museums, galleries, and festivals, including Hamburger Bahnhof (Berlin), the Venice Biennale, the Secession (Vienna), Haus der Kunst (Munich), Mak Museum (Vienna), The Kitchen (NY), the Walker Art Center (Minneapolis), Merkin Hall (NY) and Massey Hall (Toronto). Monahan began his career as a pianist, but in the late 1970s began creating multimedia installations and constructing sound sculptures, often using natural forces in his work. Monahan has been Artist-in-Residence at the Banff Centre for the Arts (1990), the Exploratorium in San Francisco (1991), D.A.A.D., Berlin (1992-93), the Western Front, Vancouver (1999), Podewil, Berlin (2002), Kunsthalle Krems, Austria (2006), Museumsquartier, Vienna (2008), and a fellow with the New York Foundation for the Arts (1991). From 2000 -2004, he also led the Berlin-based group Fuzzy Love, performing on electric organ.

WAKTM is a futuristic space opera

Comment by vassia adamou vanezi on January 26, 2011 at 12:57
It 's been along time i was loking for something like SOUNDCITIES.Now i will be able to complete a project!!!!!

An online open source database of city sounds and soundmaps from around the world using online found sounds and field recordings. The soundmaps and the database can be listened to, used in performances, or played on mobiles via wireless networks. Initially all sounds by Stanza, you can now contribute your own found sounds.

This interactive website called soundcities.com allows the audience as creative user the possibility to remix the hundreds of samples recorded from around the worldon various soundmaps. Soundcities is an open online database of the thousands of sounds from around the world and you can visits the various cities and create soundmaps.. The website also has series on online mixing desks where you can mix these sounds. Soundcities uses city recorded soundscapes from world cities made over the last twelve years.

The database allows full open sourced access and listening to the individual sounds. The Database is also open so anyone can upload sounds they collect from world cities, thereby making a contribution to the project and the soundmaps thus creating an online sounds archive.

Soundcities is the first online open source found sound database of city sounds and soundmaps. Stanza's soundmaps have been online since 2000 and the database since 2004. The project is now much copied by academics as well as The British library Soundmap and The BBC.

Dialogue with John Cage from Namoo Kim on Vimeo.


This is a video is an exploration into the critical theory of sound art, as a part of a thesis by J Milo Taylor, a member of the CRiSP institute based at the London college of Communication.