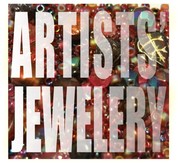 It's project of making a collection of artists' jewelery... Please Come and Join me in this collaborative project and send me one photo of your most favorite jewel of yours... If you help me to make this collection, I will set a show through it.

You need to be a member of Artists' Jewelery to add comments!

Comment by Images on October 24, 2010 at 21:32
Not so long ago I acquired a nice piece of Picasso jewellery and now, when we go out to a “posh do” my wife wears it on a chain around her neck. Not everyone realises what it is - something quite special! 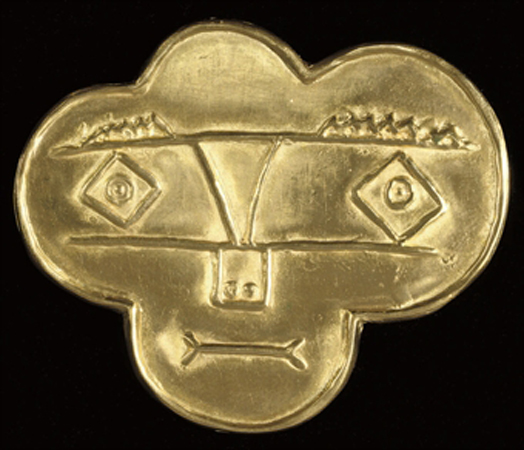 I do like artists jewellery and especially works by Picasso and Cocteau. If anyone knows any for sale please do let me know.

Title : Trèfle (Clover)
Medium: 23 carat gold pendant (shaped) with original wooden presentation box , stamped with artist's signature, numbered with maker's mark and French assay mark for gold 'Picasso/683/1046/no.1' (on the reverse)
Conceived in May 1971 and executed in gold by François and Pierre Hugo
Size: 2 x 0 in. / 5 x 0 cm.
Historical Note: Francois Hugo, the Great Grandson of the writer Victor Hugo, was born in 1899. He met Pablo Picasso in 1917 during the premier of the famous ballet “Parade” for which Picasso had been commissioned by Diagalev of the Ballet Russe to create and design the scenery and costumes. However it was not until the 1950’s that they worked together when Hugo made some silver bowls for Picasso. The artist, delighted with the results, worked on more pieces and this resulted in a much wider collaboration towards the end of Picasso’s life. In 1967 Picasso authorised Hugo to make a small numbered edition of each design for sale and Hugo created a number of Plates in silver and gold and medallions often to match and of similar design. Each was individually selected, designed, seen and approved by Picasso who had made drawings of the subjects.
Edition: 6/20 (We believe there were also 2 artist's proofs)
Authenticity: We have two documents which are sold together with this item:
1) A cetificate signed by Francois Hugo which says (in French) that the work was made after a drawing by Picasso made for him with that purpose. The artist called the work “Trefle”.
The work bears:a signature of Picasso
The mark of Maitre Francois Hugo
The assay mark
The reference number of the series 1588/1287
The Edition number 6/20
The document is signed but not dated.
2) A certificate signed by Pierre Hugo at Aix-en-Provence on the 24th October 1989. stating that the work was made by his father between between 17/10/1970 and 11/5/1971.
Reference: See “Bijoux D’artistes - Hommage a Francois Hugo” . This excellent work documents the collaboration between Francois Hugo and a number of the prominent artists of the time including Jean Arp, Jean Cocteau, Andre Derain, Jean Dubuffet, Max Ernst, Jean Lurcat, Roberto Matta, Sydney Nolan and Dorotghea Tanning. In this work the collaboration between Hugo, father and son, and the artists named is investigated and described with illustrations of most of the works created. There are illustrations of 22 Gold Medallions. There are no illustrations of the Gold Medallion we have here. However what is illustrated is a Compotier “Trefle” in silver of the same design but much larger format made in an edition of 3. I am sure that this design was used to make our work but the medallion was not , for whatever reason, included in the book. In the text the cirumstances of the designing of the work are described. and there were also 3 more Compoitiers made at the same time : Compotier Rond, Compotier Ovale and Compotier Poisson. Several examples of our piece, in gold (and one example in silver) , have passed through various Sales Rooms over the years. One of these, according to the Christies catalogue, was confirmed as genuine by Pierre Hugo. I have seen in dealers lists examples of gold medallions made with the designs of the other Compotiers. In the wok described above there is an essay by Dr Clare Finn who says that Picasso asked Francois to make some medallions in gold based on the deigns for the compotiers. I believe that Dr Finn has written a large scale work on the subject of the collaboration between Picasso and the Hugo family which is at present awaiting publication. 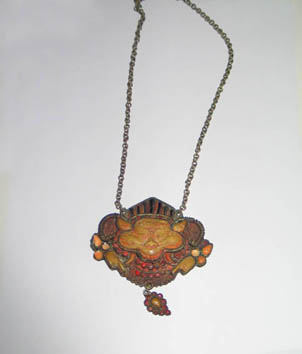 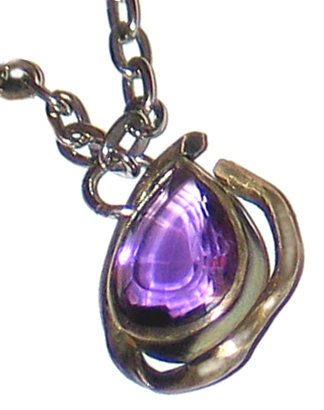 Comment by CYNTIAMILLI SANTILLÁN on July 31, 2010 at 12:37
Hello ... a pleasure to participate in your group ... .. I am CyntiamillI Santillan digital artist in internationally recognized ... I'm looking for a curator of art and art is representative in the USA or other countries to takes over the display and sale of my work ... My work is exhibited in several galleries on line in Europe and America ... including web www.artelista.com...mi there is wwwmodacom.artelista.com .. I am the creator of a new current artistic successor THE ART BRIK net art and have published several books on www.lulu.com related to my artistic work ... This year I selected result talentseekers finalist in the awards on a total of over four thousand participants around the world .... .. write me audry_028@yahoo.com.ar interested. Santillan cyntiamilli thanks .. 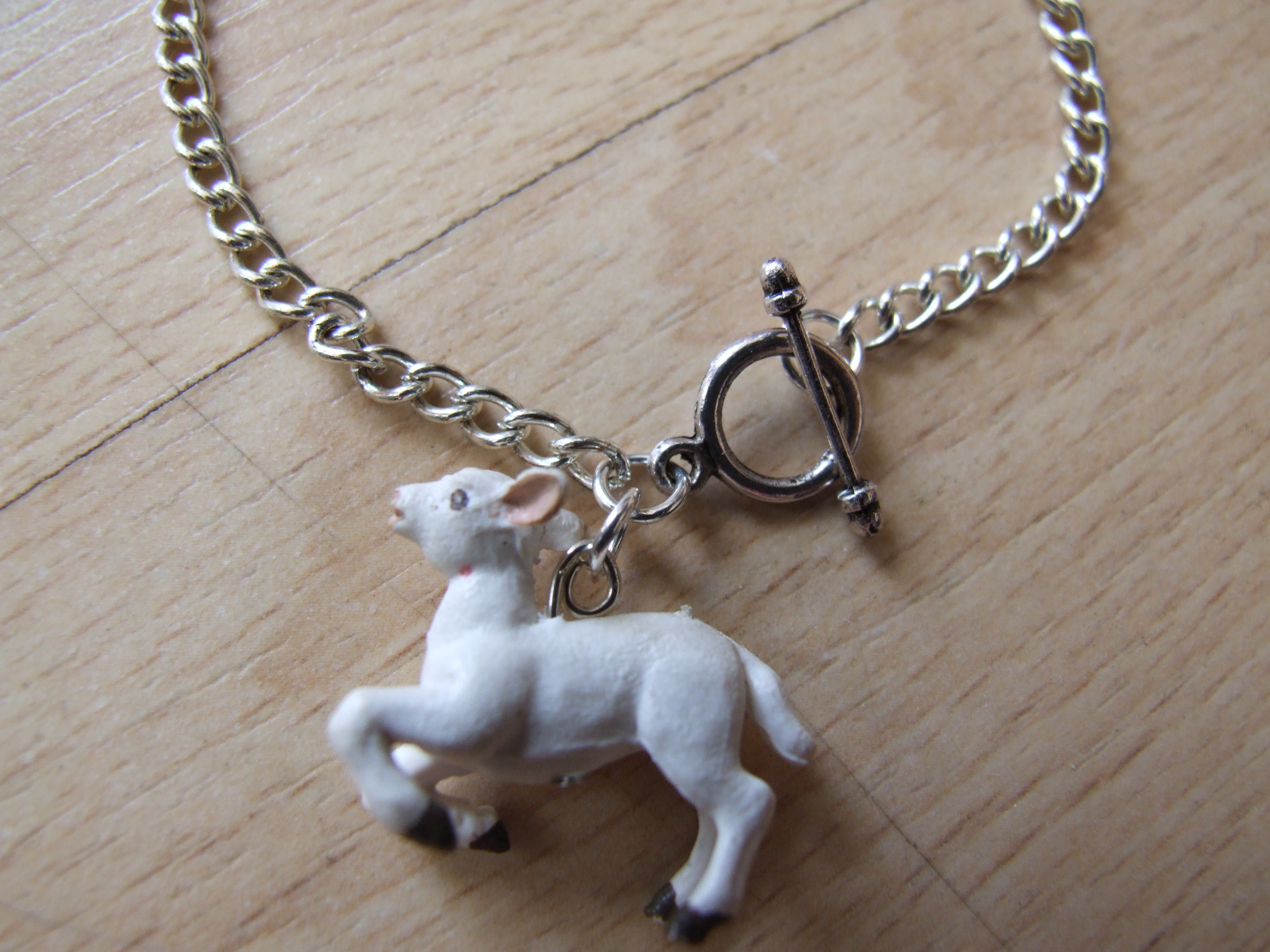 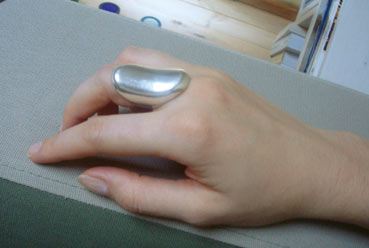