An Artists Brain, How Important is it? 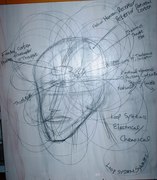 You need to be a member of An Artists Brain, How Important is it? to add comments!

What is the brain? May be someone can tell us?

Discover, understand and impress
yourself with your own original oil paintings

Through the study of Neuro Linguistic Programming - NLP (Master Practitioner)
and Time Line Therapy (Practitioner) and Fine Art (Dip. in Painting)
Alan Murray has fused together his knowledge and skills to create a Painting Workshop that is a
therapeutic experience. The workshop provides an enjoyable opportunity for the participants to
get in touch with their inner self, while exploring the medium and process of oil painting.
Discovering many new and exciting things about themselves, they will have the freedom to create a real positive change in their lives.
The workshop uses NLP techniques and adapts the process of Time Line TherapyÔ so you can express yourself through your Art. By uncovering the negative emotions and limiting decisions that we all have built up over the years from our previous experiences in life we can then begin the process of lightening the load of unwanted baggage. The participants paint their way through their unique Time Line. While they are there they can clear all negative emotions, shine a bit of love on their past and paint themselves a more vibrant future. The workshop is structured to help people become more open and motivated. It encourages them to help themselves with any issues and help achieve their goals.
The process gives the individual the opportunity to create a number of images on canvas.
Representations of their unique model of the world - past, present and future. This powerful
imagery may be abstract to another however to the painter it is full of private details, thoughts
and emotions represented by their choice of colour and symbols. By physically painting this imagery and emotionally clearing the stuff using NLP and Time Line TherapyÔ techniques the imagery will be enriched, as you choose a more positive outlook for your future. With new learning, comes new conscious decisions, and smart goals. This creates a more focused self-fulfilling map of potential, positively changing aspects of your life for that brighter future you deserve.

This workshop is a full day from 10 - 6 and will be run in Moycullen, co. Galway .
One to One session with all equipment and materials are provided, at a cost of 120 Euro.

The workshop can also be provided in an alternative location and adapted to suit a particular groups needs or facilitated in your own home, on a one to one basis for private clients.

Comment by Alan Murray on November 28, 2009 at 1:11
Hi everyone, I am an Artist and I also work with people in a mental health context.
I wanted to learn where are ART come from, I studied NLP, & TLT.
Now I have created a Therapeutic Painting workshop called
"Butterfly Wings" join my group ?

Comment by Victoria Folgate on April 8, 2009 at 19:55
Read "Touched with Fire" by Kay Jamison, it's an excellent book that discusses all these issues and links the different types of manic-depressive illnesses and the artistic temperament. Although if you are like me, the number of creative people that go off the rails completely will scare you and make you wonder why there is even any point at all in "pretending" or "trying" to be normal ;)

It's also worth noting and searching for the different definitions of intelligence and creativity, since "creativity" as a whole does not seem to have a generally accepted definition or "test". As a creative person, I believe you either know if you are creative (wholly and completely) else you are an imposter and you should just accept you're not creative, but maybe artistic or intelligent instead ;)

Reading the phrase Mental disorder is the price we pay for exceptional creativity here on this site lead to me stumble upon a Wikipedia article on the link between lowered latent inhibition, mental illness and creativity.

I think I, and possibly many artists, have lowered latent inhibition. Apparently my inability to cope with people making annoying background noise is the same mechanism that contributes to depression and makes me (us) naturally predisposed to being an artist!

Distracting noises, tapping feet, cracking knuckles, loud eating, even conversation -- if any of this happens in the middle of a film, or television, or when I'm trying to think something through... it has the effect of wrenching my attention away from the thing I'm trying to concentrate on. I can't filter. No matter how hard I try I can't keep my attention focussed and filter stuff out at the same time. If my wife Jane sits down with an apple while we're watching a film I know from experience that I just have to pause the film or tv because it's just going to be too frustrating to go on -- my attention shifts to her with every bite.

But it turns out that that same glitch is responsible for me seeing a potential composition the ground that most people would have stepped over without noticing.

According to Wikipedia... [emphasis, mine]

Latent inhibition is a process by which exposure to a stimulus of little or no consequence prevents conditioned associations with that stimulus being formed. The ability to disregard or even inhibit formation of memory, by preventing associative learning of observed stimuli, is an automatic response and is thought to prevent information overload.

[I have information overload much of the time.]

Latent inhibition is observed in many species, and is believed to be an integral part of the observation/learning process, to allow the self to interact successfully in a social environment.

Low latent inhibition is not a mental disorder but an observed personality trait, and a description of how an individual absorbs and assimilates information or stimuli. It may or may not lead to mental disorder or creative genius—this is, like many other factors of life, a case of environment (positive stimuli e.g. education or negative stimuli e.g. abuse) and an individual's predisposition.

Most people are able to shut out the constant stream of incoming stimuli, but those with low latent inhibition cannot. It is hypothesized that a low level of latent inhibition can cause either psychosis, a high level of creativity[1] or both, which is usually dependent on the subject's intelligence.[2][3] Those of above average intelligence are thought to be capable of processing this stream effectively, an ability that greatly aids their creativity and ability to recall trivial events in incredible detail and which categorizes them as almost creative geniuses. Those with less than average intelligence, on the other hand, are less able to cope, and so as a result are more likely to suffer from mental illness.[4] Still, very many individuals who have a high level of intelligence and low latent inhibition suffer from mental differences.[citation needed]

[I also seem to have a foot in each camp here! I'm not stupid, but I have a hard time filtering anyway! -t/]

High levels of the neurotransmitter dopamine (or its agonists)in the brain are thought to lower latent inhibition. [So is it the depression or the antidepressants responsible here? -t/]

In recent years, low latent inhibition is being looked at as less of a mental disorder; in the past it was often confused with schizophrenia, attention deficit disorder, bipolar disorder, and even depression, and almost all cases of misdiagnoses have been known to lead to over-medicated individuals.[citation needed] In some cases, these individuals have had adverse reactions to the intended medicines.[citation needed]

Comment by Steve Grochowsky on February 26, 2009 at 8:40
The brain is a remarkable thing! I have been interested in art all my life, but have developed a craving to create since being diagnosed with Parkinson's Disease. The worse my movement and energy levels become, the greater the creativity and urge seem to become. I wonder if the brain is compensating for weaknesses in some areas, or if it may be my medications! 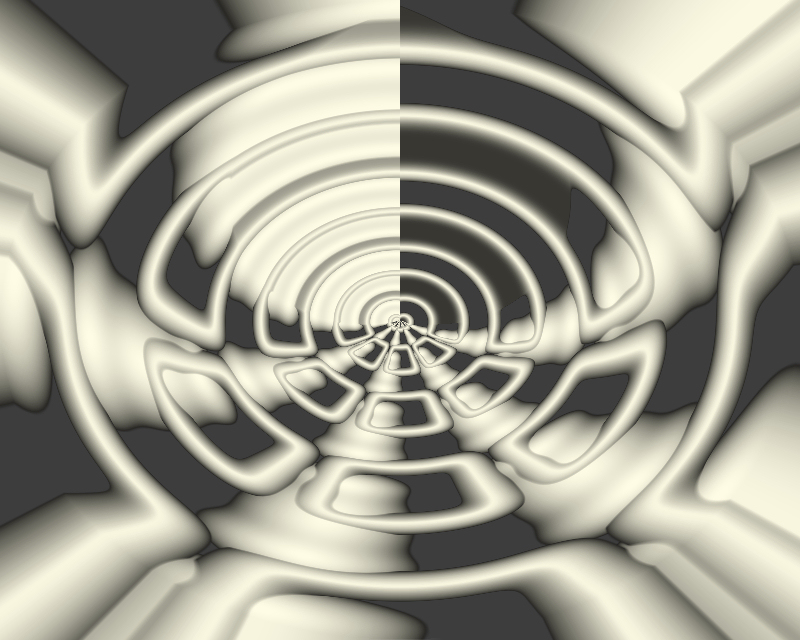