CASA DAS CALDEIRAS - A SPACE FOR ARTISTIC AND CULTURAL DYNAMICS

A building constructed in the 1920’s to generate energy for the whole of the Matarazzo Industrial Complex.

Today, the Casa das Caldeiras Cultural Association, redeems its original function as it generates energy for the arts and civil society. A center for the energetic fusion of artistic, social and cultural dynamics, a fertile site for artists, researchers, public or private institutions and society as a whole, produces new perspectives for cultural work and development in Brazil.

Casa das Caldeiras Cultural Association is grounded on Heritage Promotion and Cultural Development. In order to carry out such work, a work-plan has been elaborated for its development. It started on January 2008 with a dynamic project of artistic and cultural action, as a unique space opened to the contemporary research in the field of the arts and society.

The project has already multiplied during the following years, reverberating its cultural and social actions, putting efforts on transformations regarding Cultural Inclusion and Artistic Production in Brazil. 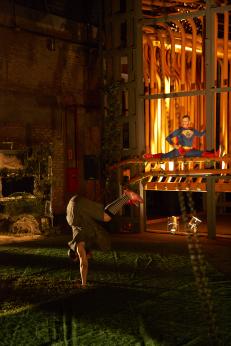