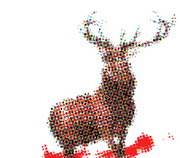 The Jolomo Awards for landscape painting have now been presented three times, in 2007, 2009 & 2011. Encouraged by the popularity of the Awards and the quality of entries received for all three competitions, The Jolomo Foundation Board are preparing to launch the 2013 Awards in September 2012 (see Awards 2013 section of this website).

The work entered by three Awards winners in 2011 was of the highest quality and the Awards Judging Panel had the most difficult of jobs in firstly coming to a short list from over 60 entries, then selecting the winners from a short list of seven entries. As in 2011, the total prize “pot” was £35,000 making The Jolomo Bank of Scotland Awards the largest privately funded award of its kind in the UK.

RSVP for The Jolomo Art Awards to add comments!