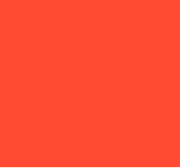 Dr Lucy Reynolds leads a two day workshop of screenings and discussions exploring the significance of the found footage film and the act of appropriation for the history and practices of artists' moving image.

VHS tapes, newsreels, home movies, archival footage, Hollywood – these relics of twentieth century culture have provided rich material for artist filmmakers, who have appropriated and repurposed its discarded fragments and iconic images into new shapes and meanings. From the early avant-garde to a current generation of artists filmmakers such as James Richards, the found film, whether famous or forgotten, has remained an abiding fascination, offering the potential for critique and reflection on the proliferating moving image material surrounding us.

The sessions explore what draws artists to work with other people's films. Could filmmakers be seen as moving image archeologists? Are they mining the archive of forgotten film material to find rich new seams of meaning?  Making critical interventions into contemporary culture's image bank to subvert its messages and reassign value to the discarded? Exploring cinema's material qualities and iconography by forging an intimate connection to its images through their practices?

Through screenings of key works, which look back to pioneers such Joseph Cornell, Bruce Conner and Abigail Child, and forward to more recent practitioners such as Richards and Stephen Sutcliffe, we debate these questions and consider the significance of the found footage film in artists' moving image.

The summer school coincides with the exhibition If Not Always Permanently, Memorably curated by artist James Richards.