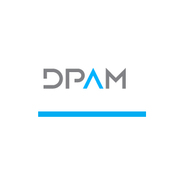 This event is free and open to the public.

LAURA KINA is a Vincent DePaul Associate Professor of ARt, Media and Design and a member of the Global Asian Studies program at DePaul University. She is a studio artist and the coeditor and curator of War Baby / Love Child: Mixed Race Asian American Art.

CAMILLA FOJAS is a Vincent DePaul Professor of Latin American and Latino Studies and a member of the Global Asian Studies program at DePaul University. She is the author of many books, including “Pop Imperialism: Island Frontiers of the U.S. Imaginary.”

Born in 1983 the video artist CHRIS NAKA is a native of Chicago. His father is sansei (third-generation) and was born in the Manzanar Relocation Center, a Japanese American internment camp. His mother is a secular European American Jew. Naka earned his BFA in 2006 from the School of the Art Institute of Chicago and an MFA from Northwestern University in 2011.