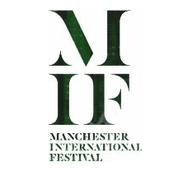 In 2009, Manchester International Festival launched MIF Creative, a commissioning programme to leave a legacy for the Festival by encouraging leading international artists and cultural practitioners to work with local people of all ages and backgrounds to unlock their talent.

To date, the programme has seen artists as diverse as Victoria Wood, Björk, Jeremy Deller and Amadou & Mariam working with equally diverse Mancunians, from faith groups, to schools to refugee and asylum seeker musicians. A key aim of the programme is to develop new partnerships between MIF and cultural or social organisations across the city to inspire new productions and experiences with lasting local impact.

MIF Creative commissions sit at the heart of the Festival, and each share MIF’s principles of innovation, originality, internationalism and of developing high quality and inspiring cultural work.

For 2013, MIF Creative will present three commissions including a new composition by John Tavener for performance by the MIF Sacred Sounds Women’s Choir which has been formed from faith communities across Greater Manchester; The Biospheric Project, the transformation of a three-storey mill in Salford into a thriving urban research and community food production hub and Once Upon a Story, a treasure trove of stories within Manchester Town Hall for children, young people and families.