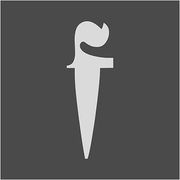 The prize promotes research and experimentation in the field of performance, and gives artists the possibility to produce a project and present it to the public. Artists are invited to send their application before 14 April 2013. The five finalists selected by the jury will be invited to participate in a production residency at Centrale Fies from the 11th to the 20th June 2013.

The performance produced will be presented to the public on July the 30th, during the 33rd edition of the Drodesera Festival and the winning artist will be offered the possibility of an additional phase of residency at Centrale Fies and is awarded a €1000.00 prize Live Works – Performance Art Award is a Centrale Fies project, in collaboration with Viafarini DOCVA.