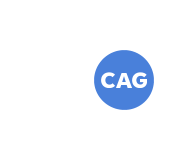 Kelowna born Shirreff will present a walking tour of her exhibition discussing her interest in differing encounters between representations of image and object.

Erin Shirreff’s solo exhibition at the Contemporary Art Gallery will be the first presentation dedicated exclusively to the artist’s film and video work. It may seem a somewhat unexpected focus given Shirreff’s definition of herself as a sculptor. And yet her investigation into the language and perception of materiality has less to do with the presentation of physical objects than specifically to that of our experience of forms – how sharing the same space with a ‘thing’ varies from looking at its representation.

Shirreff is known for reproducing sculpture as images or making sculpture that distils the essence of a photograph, playing these two elements against one another as a means to prompt and test the viewer’s response. In Knives (2008) for example, she modeled a variety of knife-like forms from Plasticine, subsequently presenting them as a series of black and white photographs; her most recent sculptures made from ash and cement resemble photographs, their surfaces giving way to reveal themselves as planes an inch thick as we move around them. Read on.