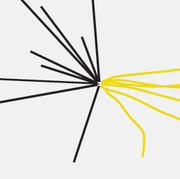 The Mediterranean sea, as a geographical space, in which the current cultural and social reality is researched and studied, although yet vague and still extremely interesting due to the constant dramatic changes in recent years, with its traditional elements along with influence and impact of the global model indicated, will be again this year’s thematic of the 4th Thessaloniki Biennale of Contemporary Art, to be hosted from September 2013 until January 2014 in Thessaloniki, Greece. Under the general title “New Intersections-Make it New”the Thessaloniki Biennale retains, for the second time, the same spatial and cultural focus, under the strategic decision taken by the State Museum of Contemporary Art, organizer of the Biennale, on 2010 to turn its audience’s attention towards the Mediterranean Sea until 2015.

Chief Curator of the main exhibition of the 4th Thessaloniki Biennale of Contemporary Art is Αdelina von Fürstenberg, Independent Curator and Film Producer, President  of ART for The World. The title and the full program of her curatorship will be announced shortly.